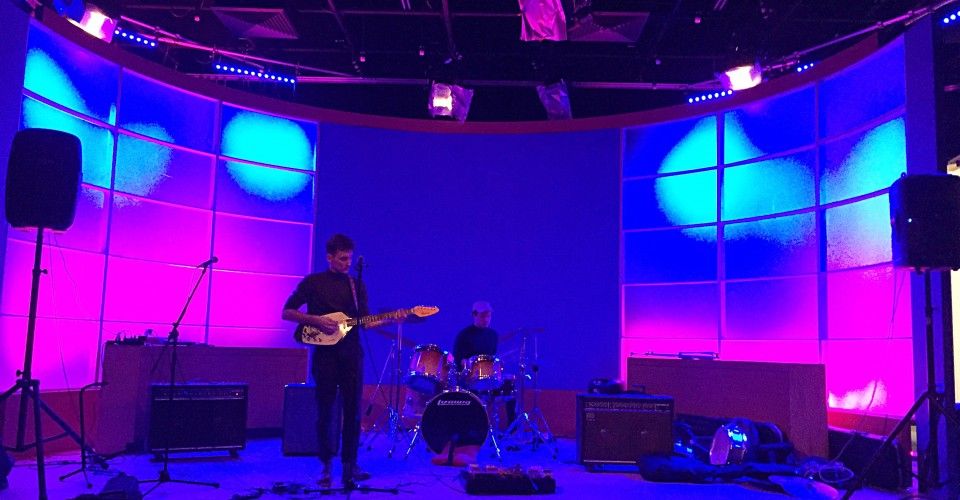 The shrill from the electric guitar and penetrating sound from the kick drum saturated the CCB studio. The concrete floor softly glowed indigo underneath the cobalt and pink lights that illuminated the studio. The melodies filled the intimate space while almost 30 stood by and listened.

Local bands from Los Angeles showcased their musical talents at the first KWVS Collective Night. The two-and-a-half-hour show took place in the CCB studio Friday, Nov. 4 where bands such as Canto, Fringe, Nancy and Oddysseys performed.

“Originally for the radio station we had this thing called ‘Jam Session’ and we wanted to expand it. I just got made Director so I wanted to add my own touch,” junior and creator of Oddysseys Christian Treon said.

Jam Session, which used to be hosted every month in the HAWC, has metamorphosed into the edgier Collective Night in the CCB studio.

“What we want to do is make sure that Collective Night now becomes a monthly ordeal where Pepperdine students as well as other bands, ‘up and comers’ are as eager to play as we are,” Treon said.

Treon plays guitar, bass and sings mellow vocals for Oddysseys. The band’s music, which Treon categorized as “experimental, indie and very ambient” set the stage for KWVS Collective Night. Oddysseys drummer was sick so the bassist took over on the drums while Treon stuck to shredding on the guitar and singing. The two-man band wore black turtlenecks.

“I know there’s not really a music scene at Pepperdine so this is our way of trying to start it … We’re glad that we can have a space like this be opened up for students and lovers of music,” Treon said.

The college rock band Canto was excited to perform at Pepperdine as well. Their Facebook page, which has 12,329 likes, advertised KWVS Collective Night multiple times on their wall urging people to come to the show and, “come roll down the grassy hill with us after the show.”

For Treon, the event provided the opportunity to unify the community through music.

“We wanted to make it a whole event where students and artists alike could come and contribute and be a part of it,” Treon said.

When asked about his expectations before the event began, a smile dashed across Treon’s face and he softly laughed to himself.

As the brains behind the bands coming together and performing, Treon was excited to put on a show. By enabling multiple bands to share one stage, the resulting sounds were organic.

“Showing people something more than what they listen to, or make them eager to hear, that’s what it’s about for me,” Treon said. 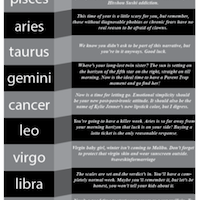 Graphic courtesy of Monica Avila Maybe because of Halloween, or maybe because of a lack of sleep, this week we at the Graphic...
Copyright 2013 Jupiter Premium Magazine Theme
Back to top