Mackenna Millet takes a trip to the Oscars 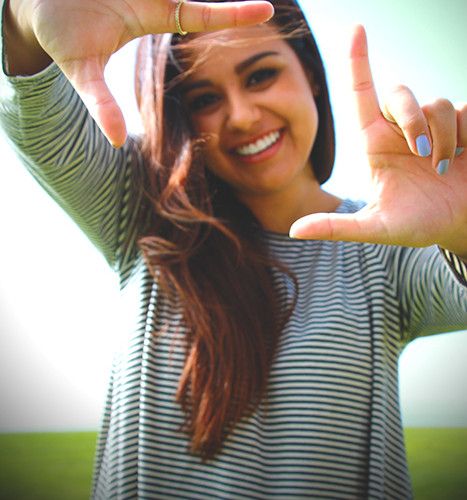 If you saw “Dead Week” at REELSTORIES or watched DIF’s video segments in the most recent show, you saw just a small glimmer of what Pepperdine senior Mackenna Millet has produced. Type in Mackenna Millet on Google and you will instantly find links to her Vimeo page, her Team Oscar video and her Facebook page. Clearly this girl is doing something right.

Millet was recently selected as one of six winning filmmakers of the “Team Oscar” college search, a competition that allows for six filmmakers to attend the Oscars to deliver statuettes on stage to presenters. On top of the presentation of statuettes, the winners will be given a week of industry experience and meet with nominated filmmakers.

Oscar producers Craig Zadan and Neil Meron are quoted as saying, “we created the contest to give students who are passionate about film the opportunity to set their sights on the future.” Contestants were asked to submit a 60-second video explaining how they plan to contribute to the future of film and answer a similar essay prompt.

“I submitted a video explaining how I plan to use editing and post-production to bring people together through cinema,” Millet said. “I formed my video to be more of a ‘reel’ showing what I am capable of in post-production, and then I expanded to how I plan to dive into the industry and work with others to create films.”

Millet’s lack of speech in her video not only highlights her interest and talents in the editing and post production process, but it gives the world an idea of who Mackenna Millet is. “I am not an in-front-of-the-camera person so I thought avoiding possible awkwardness of speaking would be best.”

Millet first heard about the competition last year when it began. “When I heard it was happening again this year, I knew I had to at least try. So I entered.”

The winners were announced on the Ellen DeGeneres show on Feb. 6 by Channing Tatum, and the Academy Awards producers, Craig Zadan and Neil Meron. Millet received the news via a Skype call with Zadan and Meron.

“I thought I was going to be having an intense interview with the producers over Skype,” Millet explained. “When I answered the Skype call they told me that I was accepted as one of the winners of Team Oscar … I was in shock at first and tried to remain professional but after I hung up the call I danced (badly) around my room.”

In her video, Millet conveys the importance of collaboration. “I am also excited to speak to the other five winners and talk and share our ideas for film and hear their stories,” Millet said.

Millet has always known that she wanted to be in film, but junior year was really the turning point for her interest in editing. “After returning from abroad, I was able to hone in on editing and understanding that I love the process of cutting together a story.”

Millet has been working with the Pepperdine Integrated Marketing Department for video production and gives her bosses the credit of teaching her about camera gear and editing software. Her work on “Dead Week,” which won all four awards at REELSTORIES, allowed her to create a story with her friends, seniors Candace Lowry and Ryan Piche. “It was so rewarding to create a story with my friends that was able to bring an audience joy and entertainment.”

Millet plans on following her editing interests to pursue a career in movie trailers, opening titles or commercial editing. However, she is not opposed to changing her path and keeps an open mind for what she could do with her talents. “I could change my mind in the future and find that I love more of the production aspects of film,” she said.

Pursuing a career in the movie business can yield thoughts of doubt, thoughts that Millet admits to feeling on occasion. Yet she says that, “if you want to get better at something you have to accept that there will be many moments of insecurity.” Millet’s achievement of being selected as one of six winners nationwide has not only opened the door to opportunities in the film industry but has paved the way for more opportunities to dream bigger.

“In the future I just want to be happy and creating. I just hope that I am always being creative and working on projects that I love,” Millet said.

Look for Millet as she delivers Oscar statuettes to celebrity presenters at the Oscars on Sunday, March 2, live on ABC. 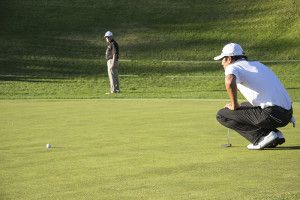 Photos by Sarah Malone The Northern Trust Open, a staple on the PGA Tour and a 500-point scoring opportunity in the season...
Copyright 2013 Jupiter Premium Magazine Theme
Back to top