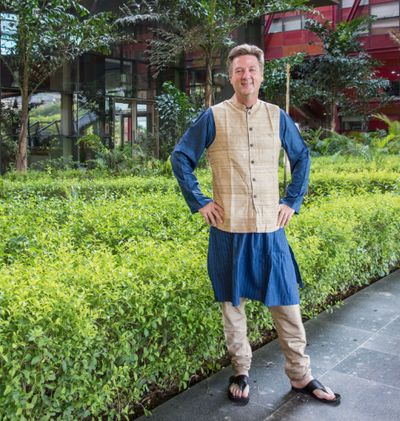 Standing with a neon orange construction vest topped with a French beret is just one way professor Robert Lloyd facilitates discussion in his classroom. Whether it’s creating hypothetical countries or tying his cat Heidi into a lecture, Lloyd bleeds enthusiasm for International Relations and teaching.

Thanks to the Fulbright-Nehru Academic and Professional Excellence Fellowship, Lloyd is spreading his excitement for his career in India.

“Being exposed to students from diverse parts of the world helps me be a better teacher,” Lloyd said. “It makes me think about my own presuppositions and approaches.”

Fulbright grants are selective funding opportunities for individuals to exchange cultural ideas and understanding, according to the U.S. State Department. Lloyd received two types of Fulbright grants, allowing a combination of research and teaching. The first is the Core Fulbright to India, which allows Lloyd to pursue his academic interests. The second, a Specialist Fulbright, is a “short-term assignment anywhere in the world where there is a need for someone with my particular skill-set,” Lloyd said. Lloyd will research “the negotiation processes regarding how India as a democratic state has responded on terrorist attacks. I plan to fit the answers I am learning into conflict management theory.”

In regard to teaching, Lloyd works at OP Jindal Global University, located on the outskirts of New Delhi. He is teaching two courses to graduate students: Contemporary Africa and a seminar covering major concepts of International Conflict Management and Negotiation.

“Half of my [Contemporary Africa] class is Indian, and the other half is African,” Lloyd said. “This makes for a fun and interesting classroom environment.”

The Fulbright scholarship also allows Lloyd to teach at other universities in South Asia, including a presentation he will give in Kolkata (Calcutta) and Sri Lanka. Lloyd heads the International Studies program at Pepperdine and has expertise in negotiation and African Studies. Before beginning his 17 years of teaching at Pepperdine, he gained extensive experience with an NGO named SIL International while living in Kenya, South Africa and Mozambique.  In Mozambique, while he was the SIL director — focusing on literacy and language development in a country in deep conflict.

India presents a new experience Lloyd said will help him develop a clearer understanding of different cultures and how to transcribe international issues in a classroom setting. Lloyd also said he is excited to visit Goa — a Portuguese colony until the 1960s that is located on the southwestern coast of India. It is well known for its beaches, seafood and architecture.

“It is on my bucket list,” Lloyd said. “It has been a life goal to visit all the former Portuguese colonies.”

While Lloyd specializes in International Studies, he will teach a non-Western course in Amman, Jordan this summer that satisfies the G.E. requirement. This is Pepperdine International Programs’ first program of this type in the Middle East region.

The course will be an “in-depth examination of the history, culture and people of the Arab world,” Lloyd said. 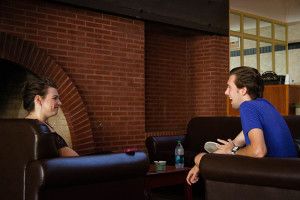 Photo by Monika Haskell Nothing about senior Phil Riola is average. Not only does Riola balance a full course load, he engages...
Copyright 2018 Pepperdine Graphic
Back to top