Editor’s Note: Opinions expressed in letters to the editor are those of the author, and publication in the Graphic in no way represent an endorsement of any opinions published. This space is provided to allow public response and commentary on articles and issues that are covered by the Graphic and important to its readership.

Seven members of the Pepperdine faculty have signed a statement that responds to the statements that have denounced Dean Peterson. They have no desire that this controversy extend beyond the Pepperdine community. As a result, their full statement is available online only to members of our community who have signed on to a Google account using their Pepperdine usernames and passwords (and perhaps also to WaveNet). Here is the link: Response to Statements Denouncing Dean Peterson.

Caruso School of Law Professor Mark Scarberry provided the following summary of their statement (the beginning of which largely tracks the beginning of the full statement). He notes that other Pepperdine faculty members are invited to add their names as signatories by emailing him at mark.scarberry@pepperdine.edu.

As members of the Pepperdine faculty, we are dismayed by the reaction of many of our colleagues to a serious mistake made by School of Public Policy Dean Pete Peterson. He has falsely been labeled a racist. Attacks against him have been based on false statements made at least recklessly by his accusers. He has been defamed by the University Diversity Council, by a faculty association, and even by official and public pronouncements from two units of Pepperdine University: the Seaver College Communication Division and the Seaver College Fine Arts Division.

We do not write to defend Dean Peterson’s lapse of judgment, or to defend his violation of University policy in allowing the controversial fundraising email to be sent without approval from University administration. Nor do we write to suggest that allowing the email to be sent on behalf of SPP was prudent. He has apologized for all of that (and more), which ought to count for something in a Christian university.

We do write to say that he is entitled to be treated with decency by a Christian university and its people.

The lack of any public faculty dissent from the defamatory attacks on Dean Peterson (other than Prof. McAllister’s earlier letter and this statement) suggests that the University is going down one of two paths. Either it is developing a monoculture in which faculty hold the same views, or it is becoming a place where faculty members are afraid to go against the crowd. Neither path is consistent with the nature of a true University, let alone a Christian university.

We are concerned that Pepperdine is beginning to create an orthodoxy based on assumptions similar to those that underlie Critical Race Theory (with its complexities and differences of opinions among adherents, which would require volumes to discuss fully) and related ideologies, all of which we will refer to as CRT. The CRT points of view should be part of the conversation at Pepperdine. Faculty members have academic freedom to embrace them and argue for them. Students, of course, are free to do so as well.

But there is a danger that, if CRT views become dominant, academic freedom and freedom of expression may be threatened. Faculty members and students who do not develop the required “consciousness” to see fully the oppressive systemic racism that according to CRT permeates all institutions (including Pepperdine), or who do not take the correct steps to cleanse and transform those institutions, may be labeled racists. Their points of view also may be labeled racist. Of course, neither racists nor racist views have a place in the University; they must not be tolerated. Dissent becomes unacceptable. Dialogue with racists would have no purpose.

We see evidence that this threat of intolerance is developing at Pepperdine, particularly in several of the statements denouncing Dean Peterson. Among other matters, they treat as beyond the pale his criticism of the N.Y. Times Magazine’s 1619 project. Similarly, they reject any criticism of the California proposal that an ethnic studies course be made a high school graduation requirement, a proposal recently vetoed by Governor Newsom.

The 1619 Project has been criticized severely by eminent historians. A central claim – “that one of the primary reasons the colonists decided to declare their independence from Britain was because they wanted to protect the institution of slavery … [because] Britain had grown deeply conflicted over its role in the barbaric institution ” – is demonstrably false. We do believe that the history of slavery in America (including, of course, the trans-Atlantic slave trade), the failure of Reconstruction, and the succeeding violence against, and denigration of, African Americans by white society should be taught thoroughly. To that degree, the 1619 Project may have been useful; some of the 1619 Project articles and photo-essays may help to bring that home.

We understand that some people interpret Dean Peterson’s call for teaching in a positive way about the Founding – the way it formerly was taught – to suggest that the deeply flawed (and in some respects evil) nature of some of the Founders’ views should be ignored, or that the pro-slavery (and compromise) aspects of the original Constitution should be wished away or hidden from historical view. We would be astonished if that was his intent. He has in fact apologized to those who have interpreted his words that way.

The proposal for an ethnic studies graduation requirement did not go forward in 2019. The curriculum guide for the proposed ethnic studies course had to be withdrawn because of its dogmatic nature and its biases, including an anti-Jewish bias. Even after it was rewritten, Governor Newsom vetoed the bill, stating that the proposed curriculum still needed revision.

We consider Dean Peterson’s statements with regard to public schools to be overbroad but not without substance. Indoctrination of students was a foundation of the American public-school system. For example, Catholic students were to be excluded if they refused to be subjected to Protestant Christian teaching. Today, indoctrination comes from the “progressive” side and the “conservative side.” California demands left-leaning textbooks. Texas demands right-leaning textbooks. Publishers comply. Pepperdine has not created this situation; Pepperdine graduates are not able by themselves to change it. Potential ascendance of CRT views may greatly exacerbate it.

Our full statement explains in detail the threat that we see to academic freedom and to freedom of expression. As noted, it critiques the statements that have denounced Dean Peterson; it shows that several of them include false and defamatory accusations. It observes that the statement of one of the Divisions appears to recognize that not everyone will agree with its condemnation of Dean Peterson’s views, but also appears to reject dialogue with them until and unless Dean Peterson is sanctioned.

“We invite dialogue on all of these issues. We reiterate our call that Dean Peterson be treated fairly and in a way fitting for a Christian University, particularly in light of the serial defamation to which he has been subjected. The defamation must stop. Those responsible for it should apologize, as he has apologized for his serious mistake. We must talk to each other and work to overcome our divisions, while engaging with each other vigorously in the search for truth. We all must recommit to treating each member of our community justly.”

Signatories to the full document:

Additional Pepperdine faculty members are invited to join this statement by emailing Professor Scarberry at mark.scarberry@pepperdine.edu. 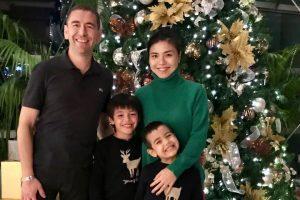