Stop hiring contemptible and inept people to represent us to the world. I am tired of defending my alma mater like you would a backwoods relative with a potty mouth.

Do not misunderstand me. I love Pepperdine and the education I received. My professors were brilliant and my classmates were incredibly informed of social justice issues. As far as I’m concerned, the students and faculty of Pepperdine are tolerant and even progressive for a Christian university. This is why it bothers me so deeply when the number one reason we receive attention in the media is for discrimination allegations — allegations that I think most of my peers would agree should be a nonissue in 2015.

The Pepperdine I attended for four years bears no resemblance to the one portrayed in the mainstream media. My Pepperdine was a newsroom where students of different ethnicities, religions, political parties, sexual orientations and gender identities worked alongside one another. At my Pepperdine, a Mormon, a Sikh, a Muslim, a Catholic, an African American, an Indian, a Palestinian, a Jew, a Republican, a socialist, a libertarian, a Pennsylvania WASP, a gay man and a lesbian who preferred gender-neutral pronouns stayed up all night editing a newspaper and laughing at grammar jokes. Pepperdine admitted every one of us, most of us with scholarships. Pepperdine chose us, and we chose Pepperdine. This is not to take away from the struggle of those who experienced discrimination at Pepperdine; this is simply to say that the discrimination did not represent the Pepperdine community as whole.

So when all our hard work, all our friendship, all our learning, and all our growing pains are overshadowed by the actions of a handful of people, I am angry and disappointed with the administration who hired them to represent us — the students and alumni. Administrators, deans, coaches, academic advisers — these positions exist to advocate for the interests of the students and the university. Those involved in the LGBT lawsuit simply did not do their job. Instead, they precipitated what is now a landmark Title IX lawsuit and a huge disappointment to the Pepperdine community. They allowed the other students and prospective students of Pepperdine to lose faith in those hired to support them.

So now that I am several years displaced from “the Malibu bubble,” and I am faced with defending my university, or being complicit toward criticisms that “Pepperdine is discriminatory,” and “Pepperdine is homophobic,” I really resent the individuals that put me, fellow alumni and faculty in this position. I think of my classmates, I think of my incredible professors, and I think of the newspaper staff that became my family.

Pepperdine is not a normal place. Here’s one more example to illustrate that: It would be normal to reach out to the the victims of a drunk driving accident. At Pepperdine, we also extend our compassion to the driver responsible. As a student, I rolled my eyes upon observing this. As an alumna, I am humbled that I had the privilege of studying alongside truly compassionate and loving people. I am heartbroken that not everyone leaves Pepperdine with this same impression. This is the true face of Pepperdine: We enthusiastically involve ourselves in matters that engage our sympathies, we give freely, and rarely do we pause for applause. This is what makes Pepperdine an exceptional place to pursue an education, and this is what makes incidents like this — which sour our reputation — an unfair representation of who we are and what we stand for. Awful, but avoidable. 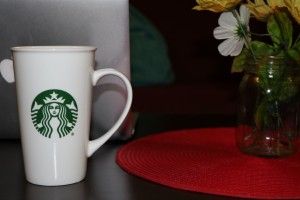 Photo by Kelleen MullThe new year means new budgets, and $5 coffees are burning holes in the wallets of students who seek...
Copyright 2018 Pepperdine Graphic
Back to top