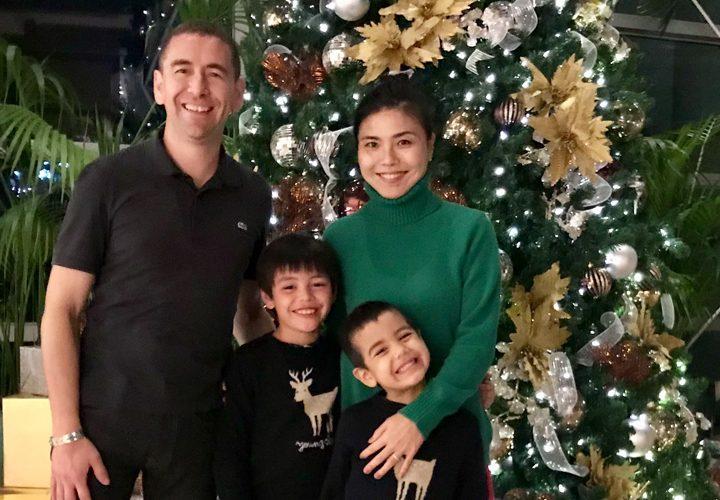 Washington, D.C., director Brian Swarts, his wife Izumi and their sons Shosuke and Hiroki smile for a family Christmas photo this past winter. The Swarts family faced several challenges due to COVID-19, including homeschooling and being unable to travel.

Washington, D.C., International Program Director Brian Swarts is passionate about travel, investing in students and civic engagement. Over the past eight months, Swarts watched his travel plans grounded due to COVID-19, his students sent home and an ever-present need for leaders in public service.

Swarts shared the challenges he’s faced as a director, teacher and father in the midst of a tense political climate and a pandemic as well as how he hopes Pepperdine students will confront the challenges of today’s world.

“I’m passionate about students being agents of change, and there’s a real opportunity in the next few years for them to step up and do that,” Swarts said.

Swarts’ love for travel first began his junior year of high school during a solo trip to South Korea. The trip “blew open his mind,” Swarts said; he experienced new foods, a new culture and encountered a world completely different than his own.

“Just going there and experiencing that, I fell in love with [travel] immediately,” Swarts said. “After that, I was like, ‘OK, where else am I going to go?'”

Swarts, a 2001 Seaver alumnus, participated in the Florence international program during his time at undergrad and was a member of current Florence Director Elizabeth Whatley’s first cohort. Thirteen years after leaving Pepperdine, Swarts found himself once again a part of International Programs — this time as Washington, D.C., director.

Swarts has served as the Washington, D.C., director for the past six years, but he had yet to encounter an obstacle as formidable as COVID-19. In February, when he and the rest of the Pepperdine community watched the Shanghai program return home, Swarts said he held mixed feelings about whether students needed to leave their study abroad program.

“Sending students home is something that none of us want to do for so many reasons,” Swarts said. “One is that we’re trying to teach students to be brave and to be bold and to embrace comfort and be willing to take reasonable risks, and so we don’t want to kind of encourage fear. […] But in the end, it was wise for them to leave when they did even just for logistical reasons.”

As each program went home, Swarts said he commended the University’s efforts to make the processes “as painless as possible for students.”

“I don’t know if it was evident to students who are going through it as much, because it’s hard to go through that experience, but I know for sure the University made every effort it could to make decisions clearly and to have everything ready so they could move as quickly as possible after making that decision,” Swarts said.

The Washington, D.C., program was the last to be suspended March 11, along with the Malibu campus. Saying goodbye to the spring 2020 cohort was arduous for several reasons, Swarts said.

For one, students were unable to go on their International Study Tour — the D.C. program’s version of an Educational Field Trip — to Spain in March as they had planned. Despite not going on their IST, Swarts said students gained different valuable experiences due to COVID-19.

“Students learned other really powerful and important things about resilience and about adaptability — and also about doing virtual professional work,” Swarts said.

The Washington, D.C., program, along with providing students the opportunity to live and study in the U.S. capital, requires internship experience as well, giving hands-on, real-world experience to students.

Despite the new virtual work format, many completed their internships from home because Washington, D.C., is a highly professional environment in which many work from home, making the remote transition simpler, Swarts said.

“The biggest loss for our students was that the networking and mentorship they normally get is just not the same remotely,” Swarts said. “It’s still possible, but you lose a personal connection — you lose that kind of time.”

Life in the City

When the students left in March, the city functioned as normal with added social distancing precautions, Swarts said. People avoided public transportation, and many started voluntarily working from home, but masks were not yet required. As neighboring cities such as New York City began to shut down and create restrictions, Washington, D.C., followed suit, Swarts said. The usually bustling city became empty with few cars on the road.

“I remember early on — even though I was technically considered an essential employee working for the University — I was nervous about driving into work because I thought, ‘What if somebody’s gonna pull me over on my way to work and ask me why I’m outside?’” Swarts said.

Seven months later, most residents continue to work remotely, Swarts said. Those in Washington, D.C., are mask conscious when out in public, and people enjoy the outdoors when the weather allows, Swarts said.

Swarts lives in Maryland, which he said has remained locked down. Some private schools have reopened, but public schools remain closed. Bars and restaurants can operate with strict social distancing, and some streets have been blocked off to allow people to dine outside.

Swarts teaches classes for Malibu this fall as well, both an internship course and the Global Leadership Seminar for Global Fellows, but he misses having students in the city.

Swarts wears many hats in his day-to-day, one being the role of father to two young boys. Being in lockdown gave Swarts and his family ample quality time to spend with one another away from the usual activities that busy their schedules, Swarts said.

“At the same time, that intensity and the lack of ability to release energy and steam and doing the same thing every day has been difficult,” Swarts said.

The family typically travels during the summer months, and this year, they had planned to visit Swarts’ wife’s family in Japan and attend the Olympics, as well as see Swarts’ family in Oregon and take the Global Fellows to Israel. 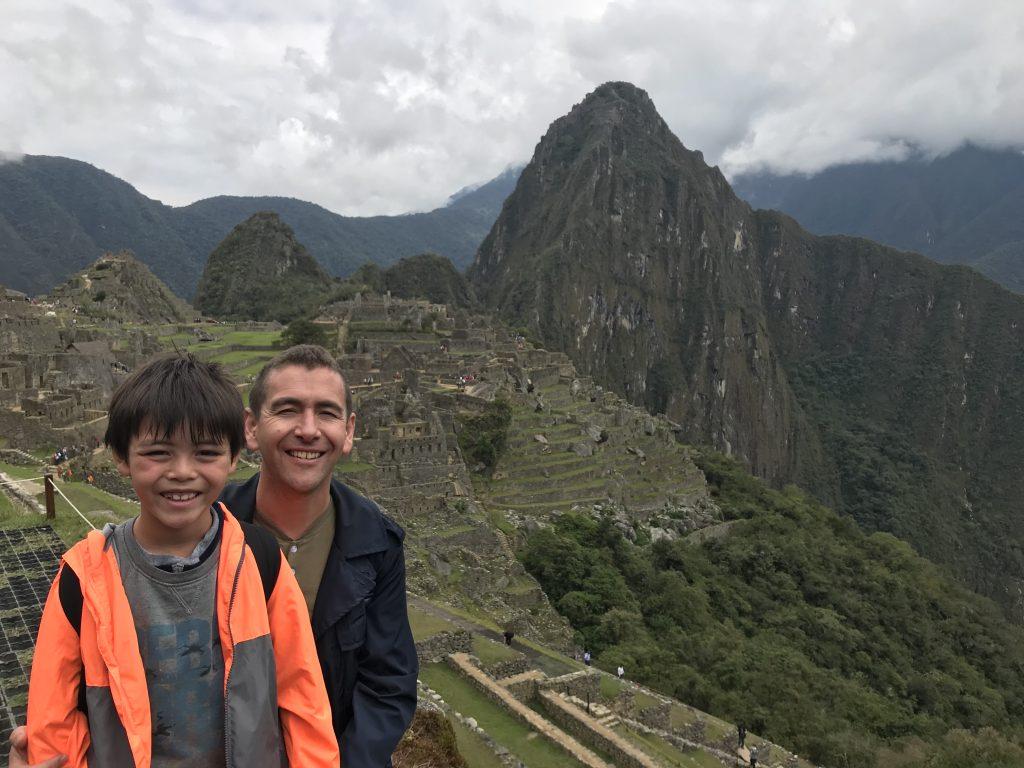 Swarts smiles with Shosuke at Machu Picchu during the fall 2020 International Study Tour to Peru. Swarts said canceling this summer's trips with his family was hard because he loves to travel.

“As somebody who loves to travel, it’s hard to see your trips get canceled, especially the ones for students and for my children,” Swarts said.

The Future of D.C.

“Getting ready for the fall was a huge piece of my summer,” Swarts said. “We had to do lots of work to kind of plan for students to come back and do so safely and figure out things — like testing and quarantining and social distancing and making sure they could do internships, plus all the other things that go along with running a program during a pandemic.”

To prepare for students, the program underwent intense planning to ensure everyone could safely be in the program facility, including investing in plexiglas and cleaning supplies, improving the ventilation system and creating a space for students who may need to quarantine.

Other universities in Washington, D.C., are operating normally, Swarts said, meaning Pepperdine students could come back if the administration made the decision to do so. Nov. 11, President Jim Gash announced, however, that all spring 2021 International Programs are suspended.

Swarts has been intentional in connecting with those who were supposed to be in D.C. for fall 2020 as well as prospective students.

“Our program is actually unique in the fact that we have a lot of contact with prospective students in any situation, especially those who are already in the program, because we help students along with preparing for their internship,” Swarts said.

Swarts said he first connects with students around three months prior to their arrival in Washington, D.C., to help discuss internships, outline goals and send them job recommendations.

During this time without students, Swarts has taken a deeper look at the impactful aspects of the program. One change to the program is shifting the weekly schedule to have community days — a day in which participants do not attend their internship but spend time together for convocation and group dinner — on Fridays instead of Wednesdays. With this adjusted schedule, the program can offer longer experiences for students, such as weekend trips outside the city, Swarts said.

“That would expand our ability to do things like, say, a civil rights tour, and just doing more to make the program more experiential — not just through the internship, but in other ways as well,” Swarts said.

Swarts also said he wants to offer service opportunities for students. Many Washington, D.C., participants are public-service and social-justice oriented, Swarts said, so the program is looking to partner with local nonprofits to engage and support groups in the city, especially those experiencing homelessness.

“Something I’m really excited about is how we can develop that kind of relationship where students can not only be working or traveling abroad and having this global perspective, but they’re also investing in getting to know the local community in a way that’s serving people,” Swarts said.

Swarts said, in the midst of a turbulent political sphere and a pandemic, he hopes young people will hold a greater regard for investing in community and in public service.

“As somebody who is from D.C., I’m so hungry to see students thinking about their roles in the future and how they can use the blessings of studying abroad or studying at Pepperdine or having a college degree to work for something better and commit to civic engagement,” Swarts said. 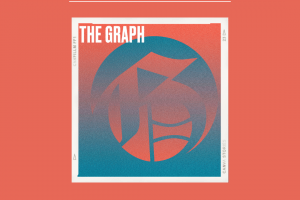 Via Apple Podcasts | Via SoundCloud | Via Spotify After a long week spent reporting on this year's highly contested...
Copyright 2013 Jupiter Premium Magazine Theme
Back to top