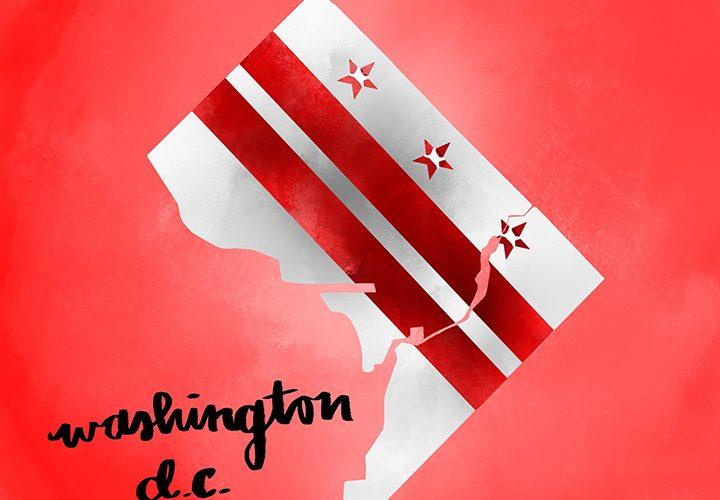 “If you had asked me on that Monday [March 9] if we were going to be sent home, it wouldn’t have even crossed my mind,” sophomore Rachael Murdock said. “But come Tuesday [March 10], I knew we were going home.”

The Washington, D.C. program, along with Malibu campus students, learned March 11 they would make an early return home that weekend. 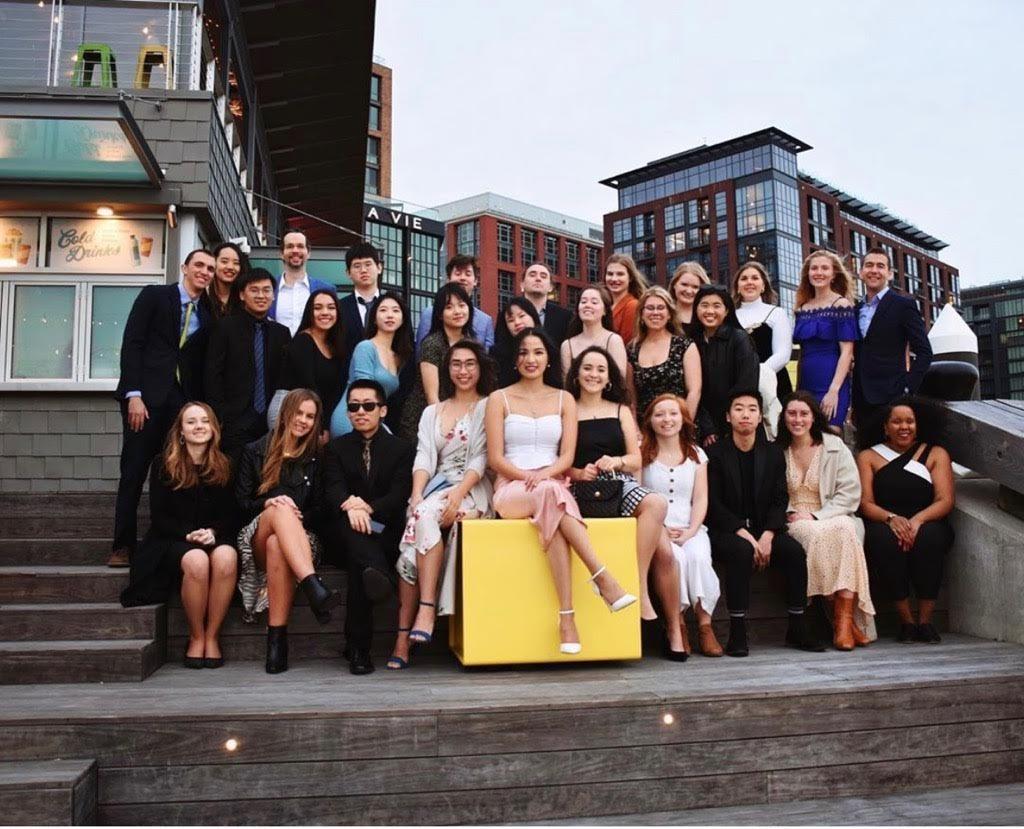 The Washington, D.C. students pose for a final group photo at their formal in the city before their early departure. Photo courtesy of Julia Randolph

Sophomore Julia Randolph is from Pittsburg, Pennsylvania, and while her home shares proximity to D.C., the public’s attitude toward the virus starkly contrasted with the more metropolitan D.C., where the response was quicker.

For Murdock, who lives in the San Jose, California, it was a bit of the opposite. Two days after she returned home, San Jose went into lockdown, making the transition more awkward.

“It made it a little bit harder coming home because there were things I had hoped to do that were taken away,” Murdock said. “It felt like one thing after another was being taken or canceled.”

D.C. participants join their peers in online classes, but they also have their internships to consider. When the city moved to remote work, some students became unable to continue their internships or have limited work to do from a remote setting.

Students take internships in D.C. for four or six credits, and the number of credits earned depend on the hours worked at the internship. Now with students working remotely, they are having to get creative with how to fulfill their internship hours.

“They’re not going to just honor the hours that we’ve met already and say that’s enough — you have to figure out something,” Randolph said. “A new internship or something remote.”

D.C. Director Brian Swarts has created assignments and projects for students to complete additional hours to help them fulfill the requirement. Randolph and Murdock were able to transition to remote work to finish their hours. However, many students are in a place where reaching the requirement is impossible, Randolph said.

Sophomore Lauren Whittington interned for the German-American Heritage Museum of the USA. After the Smithsonian shut its doors, Whittington said, her museum decided to do the same. Because of the nature of her work, and the small size of the museum, she was unable to transition to remote work, but Whittington said she’s not worried about completing her hours as she’s almost to her goal. 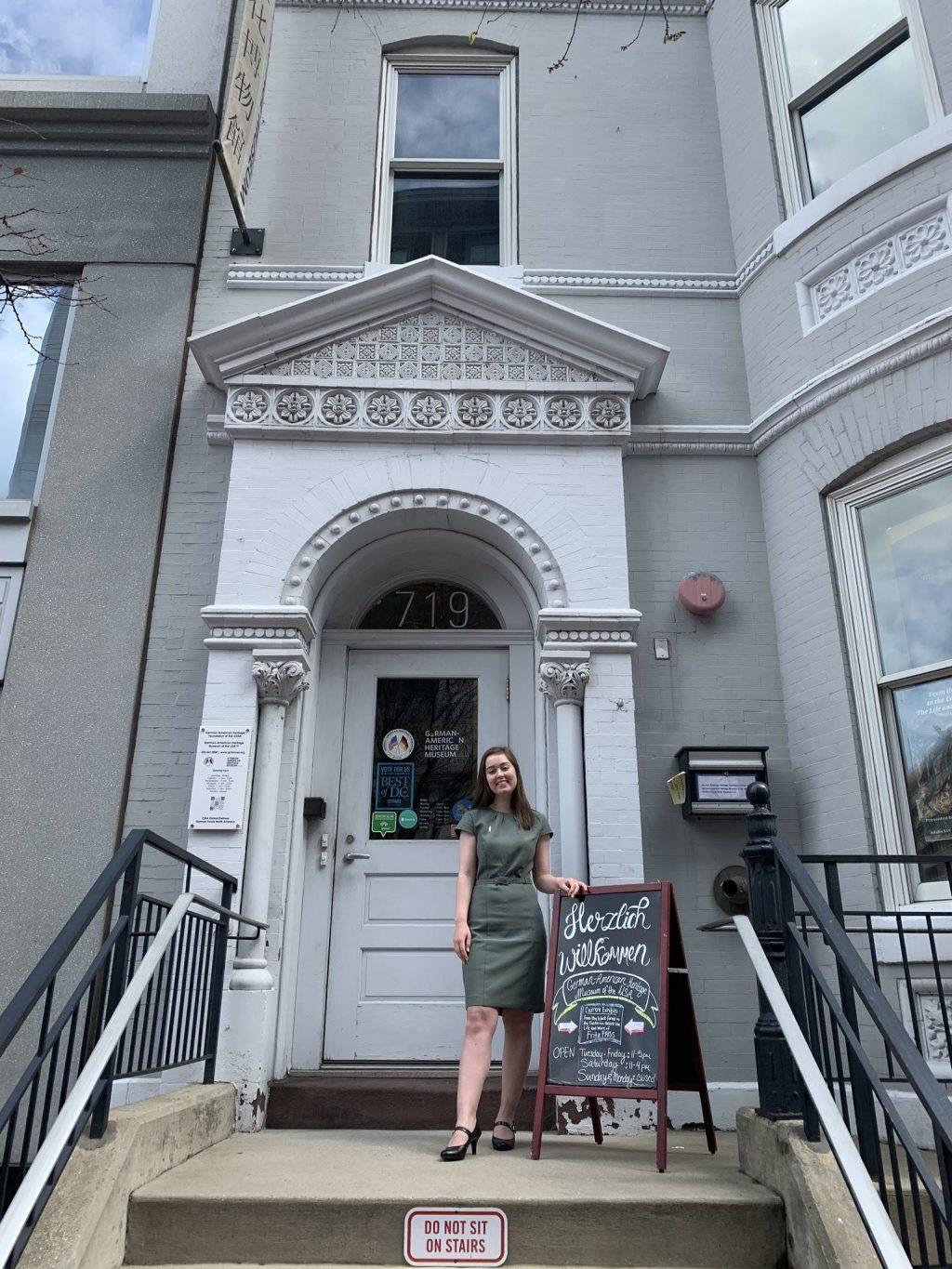 Randolph said working remotely has both taken away and given her new insight and experiences in the workplace. On the one hand, she’s no longer working in an office, interacting with coworkers and learning from them. On the other, she’s gotten to watch her full-time coworkers transition to remote work alongside the interns, something they’ve never had to do before.

The transition to online classes was difficult, Whittington said, as she greatly underestimated the amount of work online classes would be. Randolph and Murdock shared that one of their professors has opted out of lecturing for the rest of the semester; instead, they watch documentaries, TED Talks and other videos.

The program has stayed connected through Zoom sessions, and Murdock, who is the Spiritual Life Advisor for the group, plans to organize a virtual small group for students to stay in touch.

In light of everything, Randolph, Murdock and Whittington commended Pepperdine for their quick action in prioritizing student safety and the work of the D.C. staff.

“I miss D.C., but I think being in D.C. right now would be pretty scary,” Whittington said. “I think the university did what they needed to do, because they wouldn’t have gone through all this trouble if it wasn’t totally necessary.” 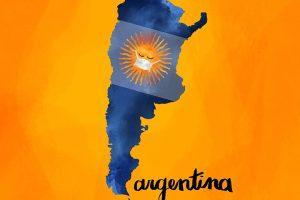 Art by Madeline DuvallEditor's Note: The reporter is a member of the Buenos Aires 2019–2020 cohort and served as the Graphic's...
Copyright 2018 Pepperdine Graphic
Back to top