Traversing the world of masked heroes can be complicated if you don’t know much about the origins of the characters and their stories. Fortunately, Hollywood does a decent job at giving newbs enough information to follow the story of the film, but sometimes back-story and introduction of new characters can be easily glossed over so the movie can go straight to the action shots. Here are five major comic book-based films that will arrive this summer and the inside scope on origins of characters and plotlines that’ll swing into theaters.

The Avengers
The first thing that needs to be known about “The Avengers” is that the film is directed by Joss Whedon. For those not cool enough to know who that is, Joss Whedon is the mastermind behind television classics “Buffy the Vampire Slayer,” and “Angel;” most of his projects carry a cult following because he’s brilliant. So, it’s to be expected that The Avengers — which is about a superhero team that follows Captain America, Iron Man, Thor, the Hulk, Black Widow, and Hawkeye, who team up under Nick Fury’s S.H.I.E.L.D organization — will be just as amazing. Captain America, Iron Man, Thor and the Hulk all have had their own films, but the others are relatively unknown to those not already in tune with their inner nerd. Black Widow and Hawkeye come as a pair. They’re the only ones who don’t have superpowers, but don’t doubt their abilities to be able to keep up with the others. Black Widow might be the only female, but she’s not in the movie just for looks (although I’m sure that doesn’t hurt the film). She’s a highly trained warrior that’s been working with S.H.I.E.L.D. for awhile leading to the “Avenger Initiative.” She also made an appearance in the second Iron Man movie. The trailers we’ve seen so far have also hinted at the Captain American/Iron Man rivalry which comes into play in the comic series “Civil War.” Technically, Captain America is the leader of the group, but we all know Tony Stark (Iron Man’s real identity) likes to do things his way. It should be interesting how the film utilizes the characters penchant for disagreeing to foreshadow any coming Avengers films in the future.

Men in Black 3
Unbeknownst to most, the “Men in Black” films were based on a comic book series of the same name. That tidbit aside, it looks like the latest Men in Black film brings back its two stars, Agents J and K to return to their black-suit wearing occupations — kicking alien butt. However, the plot of the movie has been turned on its head by sending Will Smith’s character back in time to meet the younger version of his straight-faced partner. “Men in Black 3” looks to be bigger and better than ever, and filled with even more awesome moments full of alien guts that spurred the love of the men in black all the way back to 1997. The only notable difference between the comic and the film adaptations are that the Men in Black organization killed all forms of the paranormal, not just aliens. But the extraterrestrial butt-kicking does give the movie a better focus, and has shown that fans don’t mind a little alteration. 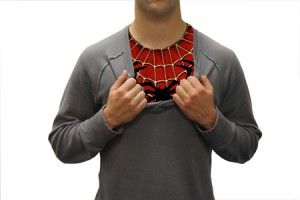 The Amazing Spider-Man
The Spider-Man reboot has been under fire since the decision to scrap the old cast and place an entirely new group of actors to fill the roles of the beloved comic book series. From the bits and pieces of trailers and interviews, it looks like this film covers similar territory with Peter Parker’s transformation into Spidey, but the plot twists dramatically with a different back story about Spidey’s scientist dad. This leads to the introduction of a new villain, the Lizard. Not much guessing to do there, his name gives us everything we need to know, but keep in mind that this reboot of our friendly neighborhood Spider-Man focuses more on early Spidey and his new leading lady Gwen Stacy. Little do people know that Gwen Stacy was the first love interest of Peter Parker before Mary Jane Watson. And although she’s one of Peter Parker’s high school classmates in the film, she really doesn’t meet him until college. The title of the film also comes from the original comic series of the same name, but their renditions of the web-slinging arachnid are extremely different, only time will tell how the film plays out.

The Dark Knight Rises
One of the most highly anticipated films of the year, “The Dark Knight Rises” has managed to keep its plot tightly under wraps. Lucky for us, rumors have circulated about what to expect for Nolan’s final Batman, and when the full trailer was finally released, fans finally got a taste of what was awaiting them. From all the speculation we can come to these conclusions: Bane is one of Batman’s new foes, Catwoman makes her appearance, and we know Bruce Wayne is disillusioned. Although Batman is originally a comic book series, Nolan’s Dark Knight is actually based off a few graphic novel series following the caped crusader. The films are based on the graphic novels “Batman: Long Halloween,” “Haunted Knight,” and “Dark Victory,” which reveal a darker side to Batman not really found in the original comic series. The graphic novels look deeper into Batman’s psyche and it looks like Nolan’s final installment will give Batman all the darkness and psychological underpinnings that the graphic novels are known for. The film should be an amazing final hoorah for Gotham’s Batman.

Judge Dredd
2000 A.D. and Judge Dredd probably don’t conjure any familiarity, even to avid comic book fans unless you’re from across the pond. Britain’s top superhero gets another go at the big screen in the new adaptation of the beloved series. Judge Dredd lives in a futuristic world in which violence runs rampant. Part of the Judges organization, Dredd is able to use his powers as a law enforcer to run Mega-City. The film focuses on a more specific instance, but nonetheless bet on one thing: it’s doubtless you’ll ever see Dredd’s full face. The long running British comic never once revealed the face of its hero, which became the standard for the character, so it’ll be interesting what the new production will decide to do with that. Britain’s sci-fi comic hero will introduce comic fans everywhere to a new character to obsess over.