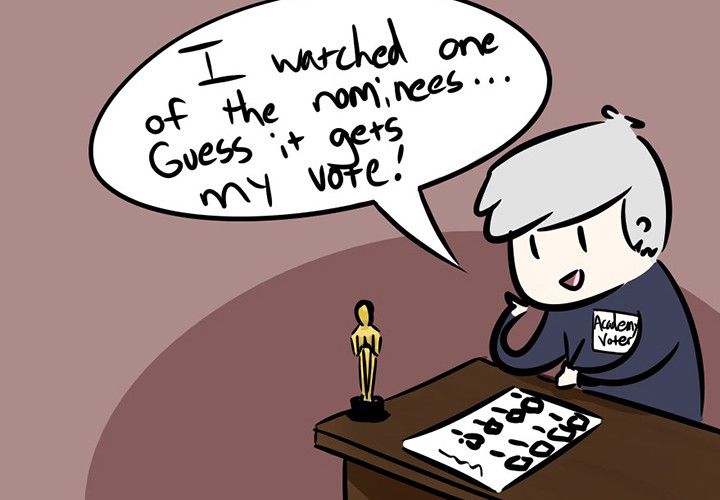 IIt’s the time of year for the Academy Awards, for the appreciation of film to be celebrated and the best films, along with their actors and production qualities to be awarded an Oscar. The task of choosing winners in any of the sections must be beyond difficult, especially in choosing between “Selma” and “American Sniper.”

The selection process, as reported by the Academy on their website, works by knowing people. If someone you know is in the Academy, and they’re in your line of work — editing or cinematography — then they can endorse you as a new member. Also, anyone nominated for an award in any category automatically receives an invitation to join the Academy. The system works against those who are newer to the film industry but are equally as great as others.

The judges in the Academy who cast their votes are people who work solely in the film industry. Their decision is based on which major studio caught their attention most with special viewings or meetings with the director or actors, and then they deliberate with judges in their category. Bribery from the studios is strictly not allowed, but they still throw their influence and star power around to draw votes.

A major issue with the judges is their narrow demographics, according to the article “White and Over 50 Years Old,” written in 2012 by data analyst Doug Smith for the Los Angeles Times. This points to a discrepancy in the judges’ ability to properly judge the films. Any art, to be properly judged, must be seen through many lenses.

When the judges chosen are predominantly white, the range of viewpoints and differences in opinion decrease. There are too many people that are alike to truly give films a fair ruling.

If the system was more fair, women could be recognized for their hard work — women like “Gone Girl” author Gillian Flynn, who adapted her book to become a wildly popular film around the world and collected over $350 million. This year no female directors or writers were nominated for an Oscar, which is painful for the female artists in the industry.

Another issue the Academy has is its decision to award films produced with a clear message to its audience versus films whose main angle is to tell a story. Take “Selma” as an example, which was nominated for Best Picture while “Interstellar” was not nominated. Despite being a visually stunning and intense film with a story that almost launched me from Earth.

“Interstellar” was a film created for its scientific presentation and it praises our ability to adapt and survive, while “Selma” reveals African Americans striving for their rights in Selma, Alabama, under the leadership of Martin Luther King Jr. These films are entirely different: “Interstellar’s” theme drives the story while “Selma’s” story drives the theme.

I don’t think any one person can speak to a piece of art’s greatness over another. I think we can generally understand a piece’s ability to speak to us effectively over another, but if both speak well enough, who can properly judge it without discounting one? It seems impossible.

The solution to being sure films are addressed appropriately could be adding categories that include impact value and cultural value. Heaven forbid they use these monikers, but the general idea is to add categories that more accurately describe films, therefore granting recognition to great films that deserve it.

At Pepperdine we are a campus with a diverse population, which grants us a greater understanding of the world and of many things. It’s not a perfectly proportioned school, but we do have people from each corner of the globe.

If we use our diverse understanding as students and later as adults, we can aptly address others’ differences and strive to overcome them. It’s also up to us to keep art alive and changing, for art speaks and shows us truth. It can also excite and entertain, as films do. The next time you next experience art, consider how it affects you and how it affects the person beside you.

We are the next generation of filmmakers, artists and entrepreneurs, and we need to be sure our creations and endeavors reach out to others beyond our own understanding. The Academy Awards is a small facet of our society that needs change, and it’s up to us to be that change. 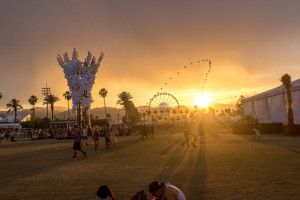 Photo Courtesy of Alan Paone//Creative Commons The warm weather that showed up recently is a sure sign that summer is right...
Copyright 2013 Jupiter Premium Magazine Theme
Back to top