The provided birth control methods are intended to protect only women, which leaves men in limbo. A limbo that prevents them from using the proper birth control and leaves them exposed to contributing to unwanted pregnancies and increases their chances of contracting sexually transmitted diseases.

If unmarried students were to ask the Health Center for birth control exclusively for pregnancy prevention, “the Student Health Center would consider this request on a case-by-case basis and would follow best practice in that decision,” according to Safinick.

And according to Safinick, the Health Center also “recommends and encourages” abstinence “to prevent sexually transmitted infections.”

See how this is problematic?

On the one hand, the Health Center acknowledges that students are having sex, something exemplified by it offering birth control methods and free STI-testing clinics once a semester. They also encourage abstinence to prevent sexually transmitted infections. But they don’t allow condoms, which are considerably more effective in preventing sexually transmitted infections than relying on a person’s willpower to abstain from engaging in a sexual act.

As for rules, the Student Handbook cites the university’s understanding of Scripture as the underlying principle behind this policy: “Sexual misconduct, depending on the facts and circumstances of each case, may result in disciplinary action.”

If you want the university to enable safe sex, you’re out of luck. This is because the university either doesn’t recognize or doesn’t understand the dangerous effects of unprotected sex, inadvertently failing to help out students in need.

This is conflicting partly because of Pepperdine’s implementation of the Good Samaritan Policy. The policy protects students who “are hesitant to offer assistance to other students for fear that they themselves may be charged with policy violations.”

Pepperdine doesn’t allow drinking, but they know it happens and have prepared for it. And I commend the university for that. But what I don’t understand is how a Christian university that prides itself on helping others isn’t open to the consequences that come along with the reality that some of its students have sex outside of marriage.

It’s conceivably difficult for Pepperdine to start giving out condoms, but it’s inconceivable that they would turn a blind eye to the reality that college students have sex, and they need condoms to protect themselves against STIs and pregnancy.

“You can just buy condoms at the CVS down the street yourself!” some might say. And while that is true, a university’s job is to take care of their students in many — if not all — aspects of their lives.

Riding the Wave of Change 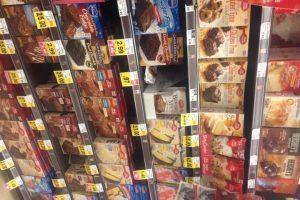 Photo by Shayla Girardin The holidays are quickly approaching and for most of us this means a host of holiday treats and goodies....
Copyright 2013 Jupiter Premium Magazine Theme
Back to top