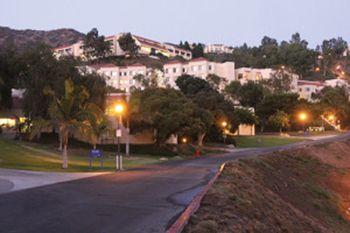 The office of Housing and Residence Life is contained in a temporary trailer. The reception room is crowded; overall space is short. In the office of Associate Dean Brian Dawson, there are two opposing couches with little legroom and twin paintings of outdoor landscapes leaned against the unoccupied wall.

It’s safe to say that the 16 employees working in the HRL office are dreaming of expansion. “There are two different [housing] projects in the works,” Dawson said. “One is for junior-senior housing. That’s the one that is going in Upsilon. The other is for the freshman halls. All of those are going to be renovated. The idea is to rip them down to the core.”

Since January 2011, the Campaign for Pepperdine has raised funds to improve and extend the Seaver campus. Consequent work on these projected complexes may be started and completed in as little as five years, Dawson said.

“Dewey and Morgan and the [Upsilon] parking lot will be completely demolished. The new buildings will be in two strips, upper and lower, in clusters — like apartment style buildings.”

Not only that, but the proposed junior-senior housing is estimated to hold 468 beds, replacing the current 100 of the Ray Dewey and David E. Morgan houses.

The apartments are complete with a common area, food court, events center and passageways between houses. There is even a possibility of a junior-senior recreational pool in the place of Shafer, Sigma, Krown Alpha and Beta, and overlooking the sea on the south end, a spacious Housing and Residence Life office.

The freshman scene will also experience major change in the coming years, made over like the million-dollar man and rebuilt from the bottom up.

According to Dawson, the freshman dorms will be stripped to their foundations — four at a time — and reconstructed with three stories, wider rooms and an additional wing. The basic layout of the buildings will remain the same, with approximately eight students to a suite. The purpose of the renovation is to expand upon the theme: adding three suites to each of the 16 houses and bumping the number of beds per house from 50 to 70.

There will also be the addition of what Dawson called a “neat concept:” a wooden boardwalk between the freshman dorms of upper and lower dorm roads. The walkway would act as a communal concourse to facilitate easy interaction between houses and quick access to main campus.

This center section would contain freshman community centers as well, interspersed along the walkway for every four houses — the potential sites of future freshman seminars.

“We want to accommodate more students,” Dawson said. “Our hope is that the campus and student body can keep expanding.”

This is all a component of what is called the “Campus Life Project,” Dean of Student Affairs Mark Davis wrote in an email.

“Current housing is over capacity (by offering triples), and we have waitlists for students who want to live on campus, so we are excited about the prospects of providing a residential experience for more students,” Davis wrote. “We are committed to the University’s strategic plan to provide housing for 75 percent of our Seaver students.”

Seaver may accept as many as 500 more incoming students than it does today, once construction is complete. For now, however, the sights are set on funding.

The monetary goal established by the Campaign is set at a lofty $450 million — a stunning sum. Yet through donations from alumni, faculty, students and community members there has been equally astonishing headway.

The Costal Commission and county zoning boards have approved the building plans, and construction has a chance of commencing as early as summer of 2014, although Davis added that a precise start date is not currently available, as the project is “contingent on donations.”

The housing crisis on campus may finally be coming to a close. Pepperdine’s current student body may get to see and experience the effects.

In the meantime, Dawson’s advice to juniors and seniors of Seaver is to sign up for dorm space early. Until these developments are completed, he said, housing is going to be a limited commodity. 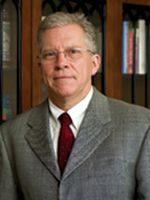 University Provost Darryl Tippens, eying the Pacific on his back porch, reflected on more than a decade of administrative...
Copyright 2013 Jupiter Premium Magazine Theme
Back to top