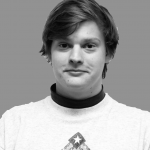 An unprecedented pandemic has swept through our campus via the sticky little fingers of sugar fiends and cereal addicts. Well, I’m putting the campus on threat level orange, and while I grant that this would be a nice suggestion for next year’s NSO theme, now is not the time for such jollity. Students are burgling the HAWC, and DPS isn’t saying dip about it. So, we’ve got to pin these suckers down before Sodexo hires some third-party goons to clean up this mess of thieves.

Now, if you have proclivities for bypassing payment on your pop, then hear me out. I know what it’s like. I’m human too. I’ve felt the rush of precisely timing a shift-change while I gently slide an Acai Pomegranate Vitamin Water into my backpack and a trio of hard-boiled eggs mysteriously vanishes into my sweatpants. Now the only scene in the upstairs of the HAWC is a mobocratic lootfest, where cash registers are only used to crack open the reserve crates of Jones soda.

But is there nothing we can do to curb the madness? Some have suggested that we should avoid retributive punishment in favor of positive action building in order to elicit the natural emotive mechanisms of guilt and shame. Wrong. Well … half wrong. Yes to the shame and guilt. Enter the psychology of the criminal. There you are, shadowing over a fresh box of Cinnamon Toast Crunch cereal bars without a maroon-clad authority in sight. What coerces you to act in accordance with the norms of our community? A wussy sign that says, “Stealing hurts everybody!” or the thought of losing your privilege to spend next semester in Heidelberg … because you’ll be in LA County prison?

What if we perhaps narrowed the spacious and largely unmonitored foyer that almost seems to create moral dilemmas for aloof students who enter with every intention to pay for their carrot and celery cup? Or maybe we encourage Sodexo to keep Naked Juices within state of the art glass cases, which would require the retina scan of President Andrew K. Benton. Flood the late shift with infrared lasers and see if anyone has the gall (or flexibility) to channel Catherine Zeta Jones. Better yet, tie up every tuna sandwich with an ink, security tag. Let the perp run, cause she’ll be caked in blue-toned shame before she can make it to the CAC.

Theft is no joke. While you might think that pocketing those pita chips is a harmless sleight of hand, your actions have consequences. Sodexo reports that 1 percent of the items they sell at Pepperdine are stolen at the hands of a kleptomania subculture.

We have taken 1 percent of what is rightfully Sodexo’s. Personally, knowing the anguish I have caused, I can hardly look an employee in the eye while ordering my buffalo chicken sandwich. So today, I am beginning a new fund — the We Stole 1 Percent of Sodexo’s Money and Now We Should Give It Back Fund — to offset the chronic injustices we have caused through our selfishness and greed. Give what you can, and help make this right again.

Despite a mostly successful month for the Waves, the past week’s losses are a bitter after- taste on earlier wins. The...
Copyright 2013 Jupiter Premium Magazine Theme
Back to top