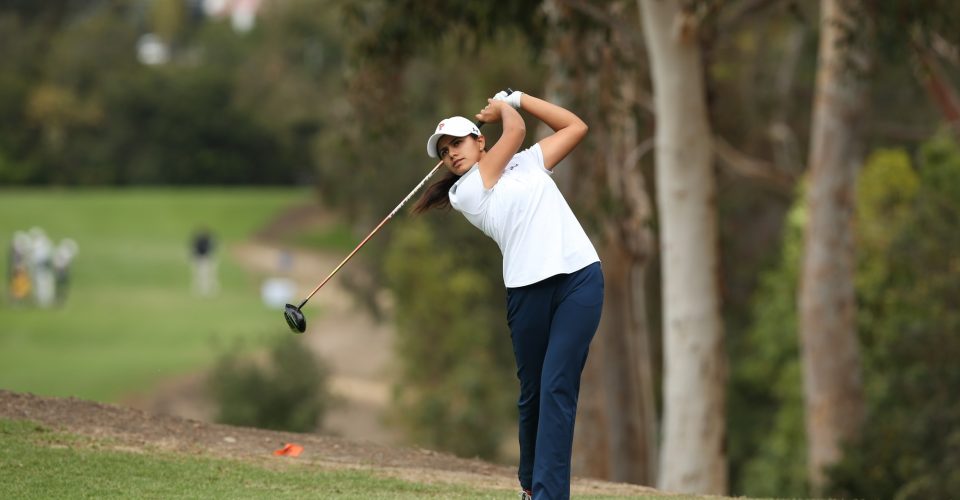 Since the early days of swinging a golf club, Naveed has fulfilled a plethora of accomplishments. Her most notable accomplishment was being the top 17-year-old competing in the 2015 Aaron Baddeley International Junior Championship.

Naveed has been with the Waves since Spring 2016, but Naveed said her golf career started way before she became a Wave. She knew it was in her future.

Born in New Zealand and raised in Australia, Naveed first picked up a golf club at the age of 9 and seriously began to pick up the sport at age 10.

“I went to the golf course with my dad one day, so we were just hitting balls and I started hitting them really well,” Naveed said. “One of the professionals at the golf course came up to my dad and asked, “How long has your daughter been playing for?’ My dad said, ‘She literally just started hitting five minutes ago.’ The professional then said that I could be really good and that my dad should get me involved in the sport.”

A few months passed after young Naveed was discovered by the professional at the golf course when she asked her father if she could begin playing golf.

“A couple months later, after I turned 10, I said to my dad, ‘Hey Dad, remember when that guy said I was really good? Can I go and play?’ He agreed and bought me my first clubs,” Naveed said.

Golf has become a passion, a lifelong sport and a career goal for her, Naveed said. She said she appreciates the individual aspects of the game, as well as the hard work that is required to become a top-notch golfer.

“An interest in golf grew for me, so I decided to stick with it and do well at it,” Naveed said. “It is an individual sport, so it is all on you. You do all of the hard work and you get all of the rewards.”

Her hard work ethic, dedication to the sport, and sheer athleticism caught the attention of Head Coach Laurie Gibbs.

Naveed said her decision to attend Pepperdine was all thanks to Coach Gibbs.

“It came down to the coaches like my head coach, Laurie Gibbs,” Naveed said. “She’s a great person and saw talent in me and the potential to go on and be a really great player on the LPGA tour. She has helped me throughout everything, whether it be my professional life or my personal life.”

The competitiveness of golf in the United States is also significantly different than in Australia, but that has not stopped Naveed as she is the first player at Pepperdine to make it as an individual to the national championships in spring 2018. Naveed seems to thrive in such a competitive atmosphere as she is ranked No. 3.

Naveed said her fondest moments of playing golf at Pepperdine involve her teammates and the hard work they all put in every single day.

In 2017, the Waves won the Ron Morre Intercollegiate in Highlands Ranch, Colorado. Naveed said this was a very special win for the team as it was the first time the whole team was successful in a few seasons.

The Women’s Golf team is a very diverse team with players from all over the world: Australia, Canada, China, New Zealand and the United States. Naveed loves how the team comes together to share meals representing each team members home culture.

“Diversity on the team has helped all the girls to get different perspectives and there is so much more respect on the team,” Naveed said.

As her final season with the Waves rapidly comes into the picture, Naveed said she is not leaving behind her golf career when she graduates.

Naveed said her ultimate goal for this season is to automatically advance to Q-Series.

“If you get straight to Q-Series you have temporary status on the LPGA [Ladies Professional Golf Association] and you have full status on the Symetra Tour, which is the tour below the LPGA,” Naveed said. “You have to go through the Symetra tour to get to the LPGA. My goal would be to finish this season in the top five and go straight to Q-Series.”

Hira Naveed said she looks to represent the Waves as she plays in the ISPA Handa Women’s Australian Open this week at The Grange Golf Club, in Grange, South Australia.

The Pepperdine Women’s Golf team will begin their spring season at the Bruin Wave Invitational in San Luis Obispo, California on Feb. 25-26. 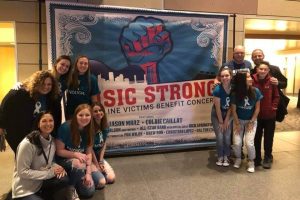