Hip-Hop’s Origins Illustrated in ‘The Get Down’ 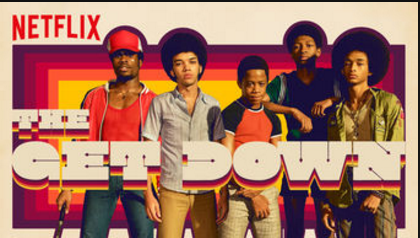 “The Get Down,” directed by Baz Luhrmann, is Netflix’s latest drama series, set in New York’s 1977 Bronx neighborhood. This is definitely new subject matter for Netflix, as the story mostly revolves around the self-discovery and ambitions of poor black and brown kids with big dreams and longings to express themselves, with few resources and an environment that tends to suffocate creativity. The storyline follows protagonists Zeke and Mylene as they navigate their poisonous surroundings and balance the aspirations they have for themselves, and their peers.

The story starts with Zeke, a young orphan who finds solace in his poetry writing. Upon meeting a street rat turned aspiring DJ, Shaolin, his poetry writing soon develops into rapping over fat beats that he and his gang of friends stumble upon at an underground block party called “The Get Down.” Mylene, his love interest, pursues a similar journey of testing her musical talent while trying to combat the discouragement that comes from her extremely religious father.

Baz Luhrmann definitely delivers on the promises of a great first season. The music supervision is flawless, and they don’t skip out on using classic ’70s music from artists like Earth, Wind & Fire and Kool & The Gang to paint the picture of disco and the rising DJ scene in these underprivileged neighborhoods.

In addition to the music, the show incorporates plenty of afros, dashikis, halter tops and bell-bottoms to keep the ’70s visuals as genuine as possible. Legendary MC and New York native Nas provides the opening lyrics and creative suggestions that help piece the elements of each episode together.

When it comes to the storyline, it’s only moderately cohesive. There are still a few avenues of Zeke and Mylene’s lives that should have been fleshed out more, and more character development in the lives of them, and their friends would have been appreciated. I’m holding out on being too critical, since the second part of the series is set to come in 2017. Recaps from places such as Variety and IndieWire acknowledge the lapses in Luhrmann’s storytelling style, but sites like Metacritic show average audiences have been reasonably well receptive of the first half of the show.

Even with the show’s faults, the detail I cherished most about the series is how much the audience gets to witness the trials and tribulations that feed the ambition of the show’s main characters. As somewhat of a self-proclaimed hip-hop-head, I have grown to know hip-hop as one of those art forms that is best composed when the artist is experiencing some form of difficulty or wrestling with a struggle. In Zeke’s case, this is exactly what they capture so beautifully. We see him wrestle with the death of his parents, his fight for his girl and the ethical dilemmas that come about when you are young and Black with limited opportunities to better yourself — all very prominent subject matter that has laid the foundation for the art form we call hip-hop.

Without giving away too much of the story, this recap gives you an idea of what to look forward to in this new six-episode Netflix original. Even if you don’t consider yourself a hip-hop connoisseur, exploring the components of an art that has impacted the world is worth your time. 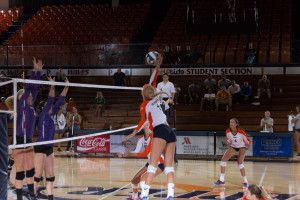 Photo by Terra Atwood For the Pepperdine women's volleyball team, playing at home is something very important to Head...
Copyright 2013 Jupiter Premium Magazine Theme
Back to top