Hip-Hop Legend Opens Up in ‘Nas: Time is Illmatic’ 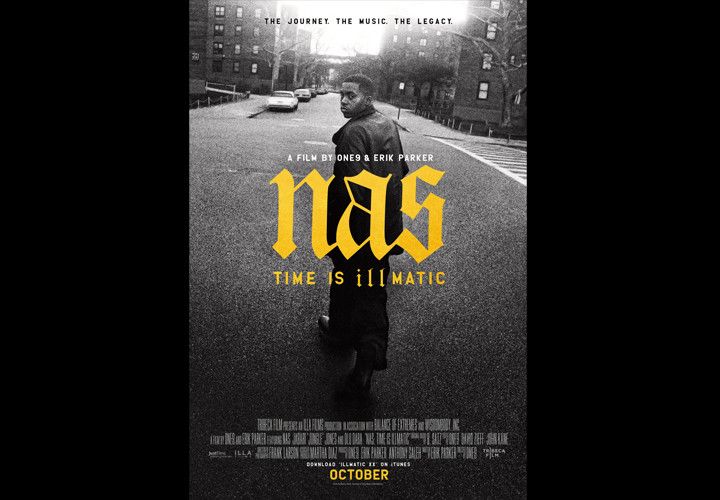 The life story of the king of hip-hop is now available for purchase/rent online. “Nas: Time is Illmatic” documents the journey of Nasir “Nas” Jones from kid in the projects to legendary emcee.

It focuses on the creation and cultural weight of Nas’s 1994 album “Illmatic.” Fittingly, the film begins with a mash-up of visual and audio clips that describe how the album was able to capture “living the hustler’s life through poetry.” A few names who make appearances: Swizz Beatz, Busta Rhymes, Pharrell, Alicia Keys.

Then, we’re taken into the life of Nas, his upbringing in the housing projects in Queens, New York. His father, Olu Dara, provides childhood anecdotes as does his brother, Jabari Jones (his mother died in 2002).

The stories are intriguing, jarring and real. Crisp shots juxtapose grainy footage. Nas candidly recalls the crack craze where it felt as if everyone in America was dealing drugs. He reminisces the rap battles between the boroughs of New York.

All the information sucks you into the tales of hip-hop’s past. Nas chokes through remembering the day his best childhood friend was fatally shot, which also marks a turning point in Nas’s life and in the film. 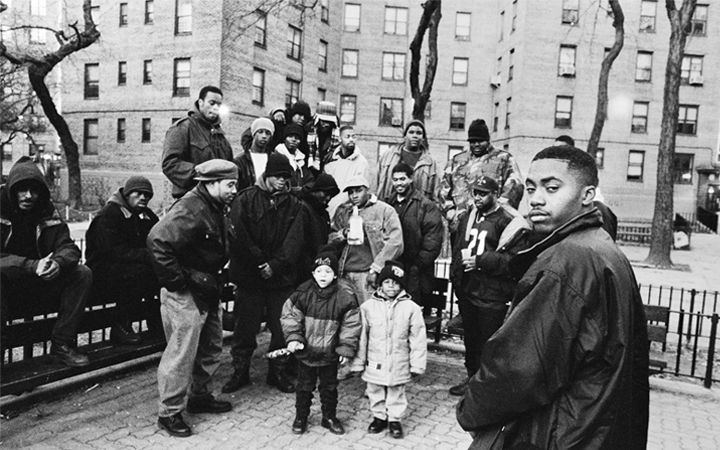 Death serves as motivation for the young musician, and here the documentary delves into the details of how “Illmatic” came about.

The greatest feature of the film is the soundbytes. Particularly the old video paired with the wide variety of voices.

For instance, the viewer watches Nas spit his verses, “When I was 12, I went to hell for snuffin’ Jesus,” and, “… waving automatic guns at Nuns.” And as those tapes are rolling, you see MC Serch, who rapped with Nas at that time, speak about the impact those wild words had on the world of music.

After going through the stories of a few of the “Illmatic” songs, the album’s release date (April 19, 1994) flashes, and today’s up-and-comers Kendrick Lamar and J. Cole give their two cents on the impact it has had on their careers. But then it snaps back to reality.

Nas and his brother dig deep into the realness of their hood. Music was Nas’s out. Their others friends are, as Nas says, “My people be projects or jail, never Harvard or Yale.” It’s only perfect that the film concludes with a bit showing Nas speaking at Harvard in honor of the new Nasir Jones Hiphop Fellowship.

The very first words Nas utters as the documentary rolls are, “Who would’ve thunk it.” Looking back, not even he can believe the success he has achieved, but as he lived in the moment, he set a goal and sprinted after it.

Listen to Nas’s raspy, melodic voice narrate his story, and feel inspired. If you like any genre of music, casually or obsessively, this is a must-see. It’s a compelling 74-minute dunk below the surface of the creative process of hip-hop’s finest.

Dive into the Sea and Let it Flood You with Peace 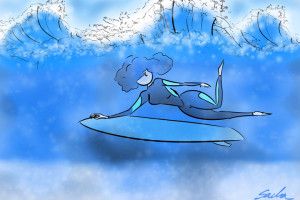 Dive into the Sea and Let it Flood You with Peace

Art by Sacha Irick The sea interacts with the human body in mysterious ways. To those whose lives revolve around di-hydrogen...
Copyright 2018 Pepperdine Graphic
Back to top