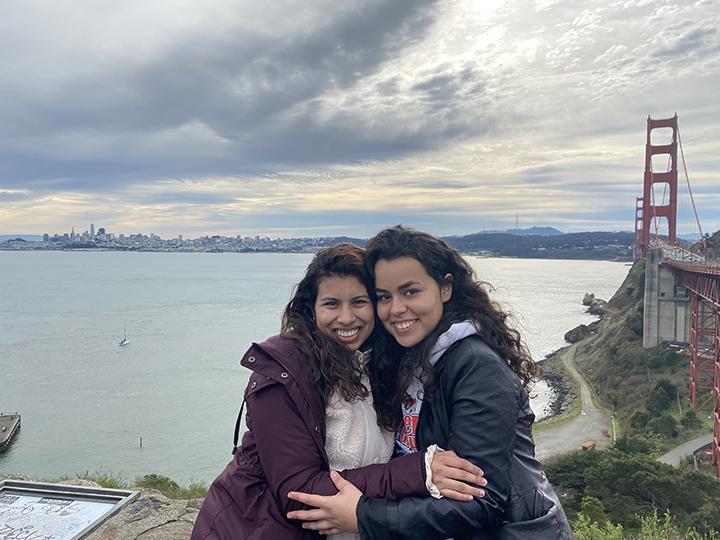 Two Pepperdine sophomores formed a bond over much more than their shared experience as transfer students.

Melissa Mejia and Isabella Mendoza are roommates in Eden House, but soon after moving in, the two realized their passion for Latino culture connected them on a deeper level.

Both Mejia and Mendoza are involved in the Latino Student Association (LSA) on campus. However, after attending the “Meet the Chapters” event for Pepperdine sororities, the two roommates, along with three other friends, decided to explore the possibility of starting a new Latina sorority at Pepperdine.

“When we went to the sorority thing, we liked some sororities, but we just didn’t feel like our culture was being represented,” Mejia said. “We just feel like there needs to be more diversity … And I mean, I like my Latina culture, so I would like to see more of a representation here.”

This lack of representation stems from the statistic that in the fall of 2019, Pepperdine reported that Seaver College is comprised of 14% Latino students.

“It’s not that much,” Mendoza said. “Especially since California is, like, [largely] Hispanic.”

Similar to how the Black Student Association collaborates with historically Black groups on campus like Alpha Kappa Alpha and Alpha Phi Alpha, Mendoza and Mejia said that their potential new sorority would work closely with LSA.

“We were thinking of having like a ‘Hermanas Unidas’ type of thing with LSA, where we could meet weekly and keep that interest going until the Latina sorority comes about,” Mejias said.

“We want to create a sisterhood within [LSA] because they’re going to be related,” Mendoza said. “I know that the Alphas do a lot of things with BSA — like, they kind of collaborate — so we would collaborate.”

Mendoza added that the existence of a Latina sorority could help non-White students find a sense of kinship.

“I think there is a problem with diversity here, but a great way to solve that would be to make the minorities here feel more at home,” Mendoza said. “I don’t think that there’s a lot of things here for that, besides [the Black Student Association] and LSA, [which] are student-run … So I just thought it would be a great opportunity to form a community.”

The group of students reached out to a national Latina sorority, Lambda Theta Alpha, in September in hopes of starting a chapter at Pepperdine. Despite their efforts, the response from LTA was not what they hoped to hear back.

In a December email, LTA wrote that “Pepperdine University does not meet with [their] sorority’s required criteria for continued expansion … It’s essential that new charter chapters are established universities where the student population can sustain the future membership of said chapter.”

“I guess it’s just like the lack of diversity here; that there’s not a lot here to keep [the sorority] going,” Mejia said. “And I guess we have to find more freshman interest, because right now, we have sophomores, juniors and seniors interested in it, but we haven’t been looking a lot for freshmen … I guess [LTA is] just worried that it wouldn’t go on after it started.”

Undeterred by this setback, Mejia and Mendoza said they want to continue their efforts to start a Latina sorority.

“I think for me, you kind of have to start somewhere,” Mendoza said. “So I understand there’s not a lot of diversity here, but I think that what we’re trying to do is create a space where Latinos can feel at home here … I think I was kind of discouraged by [LTA’s response], but also motivated to find another group that’s going to let us do it.”

Mejia said she is currently in contact with another national Latina sorority, Sigma Lambda Gamma, in hopes to get the ball rolling on starting a chapter at Pepperdine.

Mendoza said that the driving force for starting a Latina organization is to show potential Latino students they have a place at Pepperdine.

“I think what will come of a [Latina sorority] is us going back to our communities and being like, ‘[Pepperdine] was a really great school, you should go here, there’s a community for us,” Mendoza said. “So I think just getting the word out and really emphasizing the importance of this [sorority] is important; this isn’t just some club that we’re trying to start — it really is going to create change.”