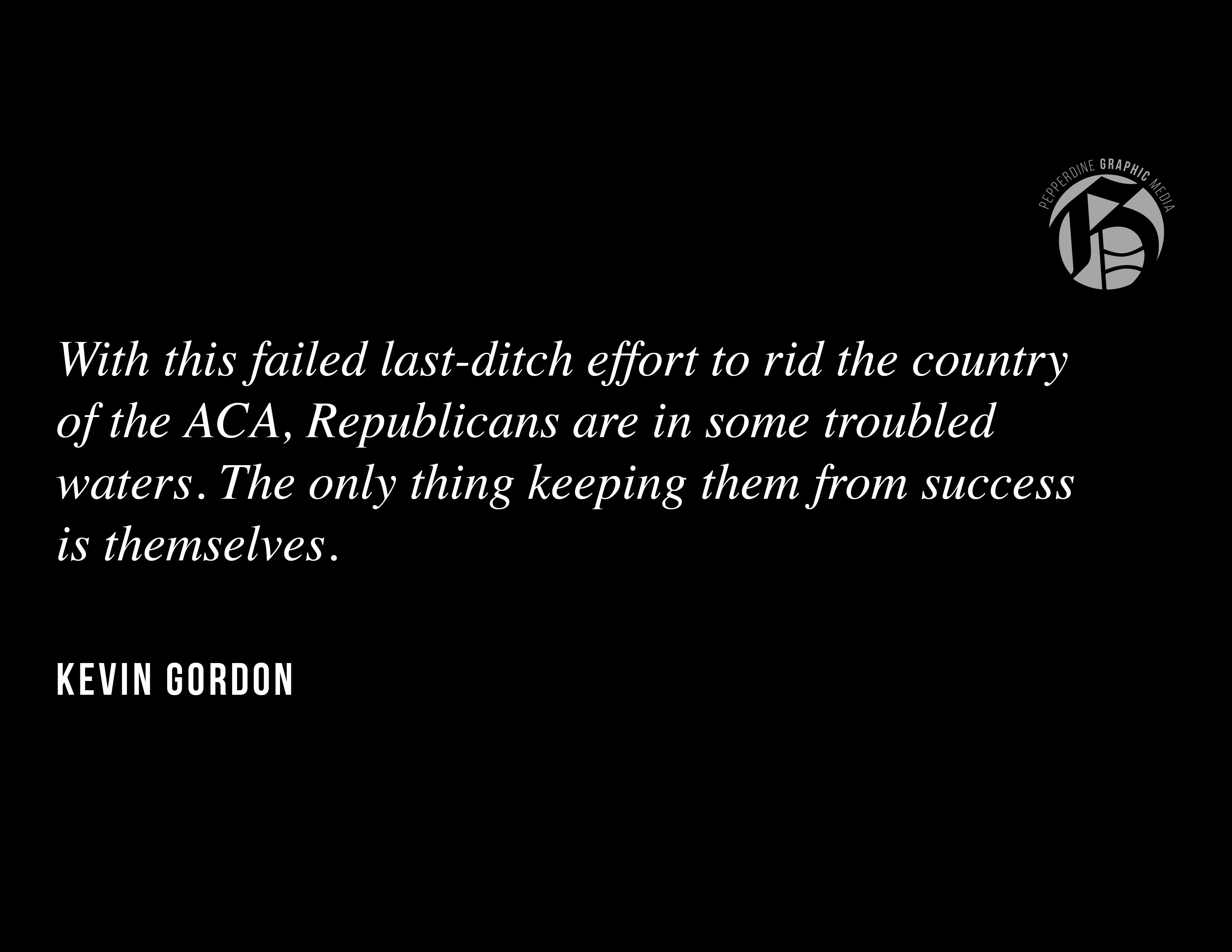 The GOP can chalk up another loss in their policy book this week. On Tuesday, Sept. 26, it was announced that the Senate will not vote on the Graham-Cassidy bill, which was yet another hopeful replacement for The Affordable Care Act (ACA). Republicans cannot seem to work with themselves effectively. If they want to see any success with reforming health care, they will need to appease three key senators.

Known for not always siding with the far-right, Susan Collins’s (R-ME) decision to vote no on the new bill “left it without enough votes to pass,” according to Stephanie Armor’s and Kristina Peterson’s article, “Collins Becomes Third Republican to Oppose Graham-Cassidy Bill,” published Sept. 25, 2017 by The Wall Street Journal. “[She] is the Republican vote both sides watch,” which makes her a difficult one to crack when it comes to very conservative legislation, according to Ailsa Chang’s article, “The Power Center: How A Moderate Wields Big Influence In A Polarized Senate,” published Feb. 10, 2017 by NPR.

John McCain (R-AZ), one of the most beloved members in the Senate, has also been playing hardball. After his shocking decline to support the first ACA repeal effort, he again “indicated his own vote was out of reach Friday” and joined his two other defectors, according to Louise Radnofsky’s and Kristina Peterson’s article, “GOP Health Push Hits More Snags,” published Sept. 24, 2017 by The Wall Street Journal.

The third Senator who holds the key to health care reform is Rand Paul (R-KY). He has been no stranger to opposing his party’s repeal efforts. Because of this, the GOP has to make sure his accommodations are met in the future.

With this failed last-ditch effort to rid the country of the ACA, Republicans are in some troubled waters. The only thing keeping them from success is themselves. If they can’t keep Collins, McCain and Paul happy in the future, then reform will not be in the cards at all. Students should keep an eye on whether these three members budge. If they decide to work with their colleagues, health care will move right along.