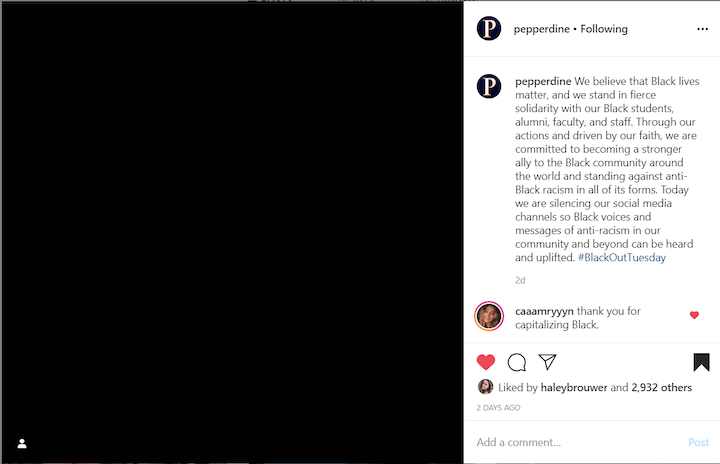 Members of the Pepperdine community have liked, shared and retweeted posts across platforms as the Black Lives Matter social movement resurfaced late May, but one community member has been noticeably more absent from social media — Jim Gash.

On May 25, George Floyd, a Black man in Minneapolis, died in police custody as a victim of police violence. Social media users documented and shared widely news and video of Floyd’s death, reigniting a national conversation on racism and police brutality in the United States.

Over the weekend of May 29 and 30, individuals, companies, brands and organizations issued statements on their stance against racism and in support of the Black Lives Matter movement or equality in general.

Pepperdine’s President, Jim Gash, gave a brief address over his personal Instagram story May 30 directed toward the Pepperdine community about his and the University’s stance on racism. The videos were filmed in Payson Library next to the portrait of Larry Kimmons, and Gash referenced Kimmons’ death by a campus security officer on the original George Pepperdine campus in Los Angeles over 50 years ago.

“Today as I reflect upon the tragic and senseless killing of George Floyd, I’m more committed than ever to call our community, faculty, staff, students and alumni to focus on justice and peace for everyone,” Gash said.

Many community members, however, were unimpressed by this address.

Pepperdine’s Instagram post linking to Gash’s full statement received over 300 comments within 24 hours, the majority of which were discourse on Pepperdine’s role in combating racism in its community and a disapproval for Gash’s allegedly vague sentiments.

“This is like attempting to throw a fire blanket onto a fire without taking action against what started the fire. … Not enough,” commented Pepp student @keatonwoodburn.

Student groups at Pepperdine spoke up in support of Black Lives Matter and the Black population at Pepperdine, including Student Government Association, The Board, SWAB, Inter-club Council, Black Student Association, Panhellenic Council and Interfraternity Council, among others. These posts received mostly positive comments from community members, though some groups like SGA and the Sigma Phi Epsilon Fraternity received criticism.

Administration issued later statements as well, one from Vice President of Student Affairs Connie Horton and another from Seaver Dean Michael Feltner on May 30.

A screenshot of Vice President of Student Affairs Connie Horton's email to students sent May 30.

The Graphic posted an Instagram story June 3 asking for students’ opinions on the various statements issued by administration; while one student said Horton’s statement was “solid,” another shared that Gash’s statement was “vague and neutral … and didn’t address the problem.” 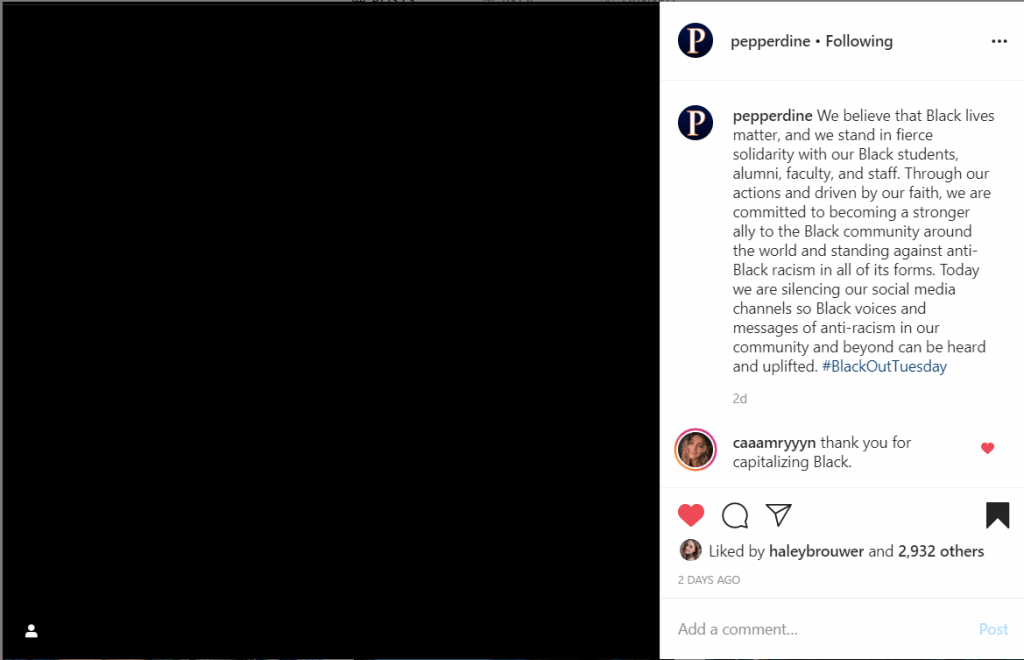 The caption that accompanied the post gave a much stronger stance in favor of Black Lives Matter and the antiracist movement and consequently sparked further criticism in the comment section.

“It really says something about our university when it takes student outrage for you to acknowledge and outright condemn the marginalization and brutalization of Black people instead of just saying black lives matter and donating in the first place,” commented Instagram user @regannalana.

Others shared similar sentiments, commenting that the University should issue an apology and provide actionable steps Pepperdine will take to support its statements.

Additionally, The Graphic posted an Instagram story June 3 asking for community members’ opinions on what Pepperdine’s role should be in antiracist action.

Many proposed that Pepperdine should give financially to support Black individuals. Examples given included through a scholarship fund, funding for students of color to attend Black Lives Matter events or making a “substantial” donation to a Black organization, to quote one user.

“We should not continue to be the only ones bringing these ideas to the table,” Instagram user @moore_brittni commented on Pepperdine’s June 3 post. “Pepperdine has committed itself to diversity and inclusion, and by placing the primary work of ensuring the university is an inclusive environment onto us, it absolves leadership of that fundamental responsibility.”

Public Relations shared a second message from Gash on June 3 titled “Listening and Taking Action,” in which Gash wrote he will release a communication June 8 detailing past action the University has taken, future plans and how Pepperdine can “keep moving forward” in antiracist action.

“I stand with you believing all forms of racial violence or oppression are abhorrent and that we need to be agents of change,” Gash wrote.

In the meantime, students have taken action to address racism in Pepperdine’s community. The Student Advisory and Wellness Board created an antiracist education book giveaway for the first 100 students who responded to a Google form. Fraternities Alpha Phi Alpha and Alpha Kappa Alpha hosted a virtual event, Alpha Talk, on June 6 to create an open dialogue for Pepperdine community members to talk about racism. Pepperdine student Erinn Heffes started a petition to improve racial diversity at Pepperdine, which gained over 900 signatures within a day of creation. 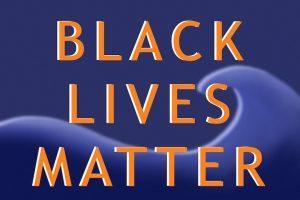 Art by Madeline Duvall Racial injustice is at the forefront of many people's minds this week in light of yet another Black...
Copyright 2013 Jupiter Premium Magazine Theme
Back to top