Freshman SGA Members Continue to Work to Get ‘Promises’ Passed 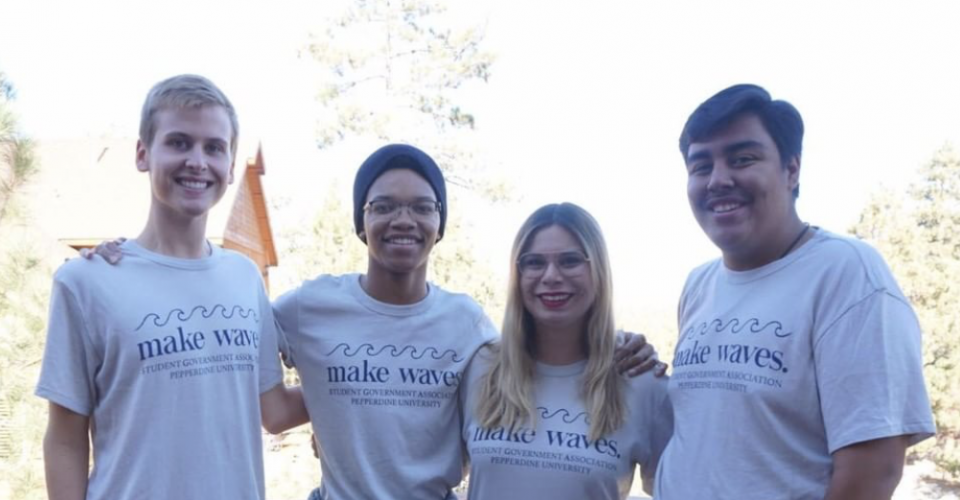 It has been almost a full academic year since the freshman SGA representatives took office. President Eli Sumpter and senators Natalia Escobedo, Jerry Calderon and Chase Johnson sat down with the Graphic again to discuss the school year and their future plans.

Since three out of the four representatives ran on platforms that promised to accomplish things the students wished for, students said they are interested to see how many of those promises came to fruition. Of the nine resolutions that the freshman SGA has prepared, five of them have passed.

Calderon said this year has been successful because of how well their team collaborates.

Even though Escobedo said she ran on a platform without “blank promises,” she partnered up with Sumpter to add a spice cabinet in the Waves Cafe and HAWC, which was part of Sumpter’s platform.

“We purchased the materials, and it will be coming soon,” Escobedo said.

Sumpter said utilizing Pepperdine’s facilities to better plan events, such as “nighttime pool mixers twice a month,” was something he really wanted to make happen, as it was another part of his platform.

“After joining SGA, I found out that The Board is in charge of planning events, but the Board should definitely consider this event,” Sumpter said.

Johnson discussed adding a beach shuttle and extending Payson Library’s hours. He said the beach shuttle proposal was shut down because Pepperdine had one in the past and there was not enough demand.

As for extending library hours, Johnson said, “the resolution passed and we are currently getting close to finding a solution.” A survey was sent out to the students earlier in the semester because the current resolution is that they are going to shorten the hours on one day of the week to extend them on Fridays.

Calderon said the team has passed other resolutions that were not part of their respective platforms.

Escobedo and Calderon teamed up to increase the number of trashcans in the Waves Cafe, Calderon said. He said there will be “a specific receptacle for pizza boxes” because they take up so much room in trashcans.

Calderon said he and Escobedo also teamed up to pass the “Alaina Housley Resolution,” in honor of the freshman who was killed in the Nov. 7 Borderline Shooting. They discussed dedicating a bookshelf to her in Payson Library, installing a lending library in front of DeBell or doing something related to music.

The resolution is still being explored because Calderon and Escobedo want to talk to Housley’s parents first, Calderon said.

While in the process of trying to extend library hours, Johnson said he discovered that the library noise levels were very high.

Johnson said he prepared a resolution for SGA to work with the library to bring in an outside company to assess what type of sound management system could resolve the issue.

“SGA currently does not have any solid figures on the pricing or the type of system that would be required to manage the acoustic predicament,” Johnson said.

Johnson said since he and Escobedo joined SGA, they intended on running for the Executive Board because they feel as though they are adequately prepared.

Johnson said they are running with two other students on the self-proclaimed “Dream Team.” He described himself and Escobedo as a “political freight train.”

“[Escobedo] has been a great idea-maker, and I have been great at logistics,” Johnson said. “She is my anchor because we have complimentary personalities.”

Escobedo said she hopes to continue to “bridge the gap between the students and student government” and promote cultural diversity.

“After being at Pepperdine for a year, and comparing my statement for the Graphic then and now, I now more than ever realize how the continuous need for diverse cultural conversation needs to happen in order to make sure that every student continues to feel included in the community,” Escobedo said.

Calderon said he is running for sophomore class president and also hopes to promote diversity. He said he wants to create a legitimate cultural arts center, “where cultural clubs and people of color could come and be celebratory of who they are.”

Sumpter said he is not rerunning for SGA.

“I really value my time in SGA, but I wanted to make sure that all of my allocated free time was being spent productively in order to ensure that I am giving 100 percent to everything that I am involved in, but I am considering joining SGA my junior year,” Sumpter said. 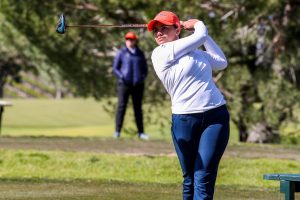 Photos Courtesy of Owen MainPepperdine Women’s golf got off to a slow start in their spring season with ninth and sixth...
Copyright 2018 Pepperdine Graphic
Back to top