First-year Destin Kvidera said she was diagnosed with Type 1 diabetes when she was just 5 years old.

“Ever since then, I’ve really focused on just getting people educated more about [diabetes] because it’s not something that people know a lot about,” Kvidera said.

Kvidera, who is from White Bear Lake, Minnesota, said she became heavily involved with education on diabetes throughout high school. She started working with Beyond Type One (BT1), a nonprofit organization, during her freshman year.

BT1 aims to change what it means to live with diabetes, according to its website. Kvidera said it does a lot of projects related to education on diabetes and is dedicated to educating the public.

Kvidera said she had the opportunity to work with BT1 on one of its social media campaigns called #LiveBeyond during her sophomore year of high school. People submitted their stories of how they lived beyond their diagnosis, and BT1 featured one face and story every day on its Instagram.

With her story, she said she “tried to get people to see that your diagnosis doesn’t confine you to anything.” 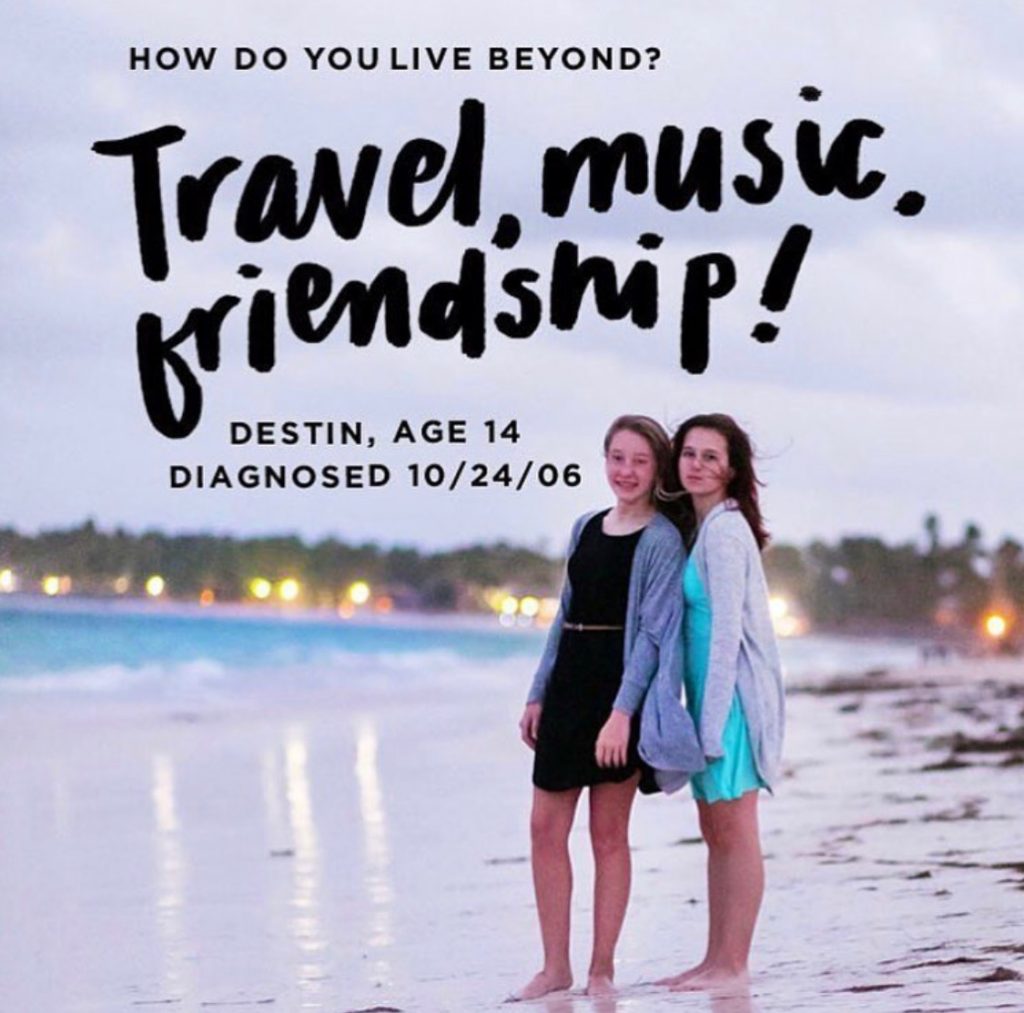 As an Integrated Marketing Communication (IMC) major, Kvidera said the social media campaign meant a lot to her.

“I work really hard on my social media and stuff to post things to make people more aware of issues going on, like things with insulin prices and access to medical devices and health insurance issues,” Kvidera said. “Those things aren’t really talked about a ton, and they have a really big impact, especially for kids that are college age because that’s when you’re starting to transition into adulthood and become more independent.”

During the summer before starting school at Pepperdine, Kvidera said a podcast about Type 1 diabetes called Ask Me About My Type 1 featured her on their “Back to School” episode.

“I did it with my roommate, and we talked about just living with Type 1 in college and what kinds of things to expect or what things people may be worried about,” Kvidera said. “That’s another conversation people don’t really have a lot.”

Kvidera said she was grateful that her roommate, first-year Bella Jacobellis, was willing to sit down with her to talk about that topic, especially because she does not have Type 1 diabetes.

“Nothing was off-limits topic-wise,” Kvidera said. “I’m hoping to open up people’s eyes to some other things that they may not realize comes with having Type 1.”

Kvidera said she plans to continue educating people on diabetes while attending Pepperdine.

“I would like to teach people more about the [condition] in general, and also show people how they can support and uplift the people that they know who are affected by Type 1,” Kvidera wrote in an email.

Kvidera said she is part of Pepperdine’s Student Wellness Advisory Board (SWAB). Since November is Diabetes Awareness Month, and Nov. 14 is World Diabetes Day, Kvidera said she hopes to plan something with SWAB.

Kvidera said she is also involved in Pepperdine’s Green Team.

“I’m really interested in just learning more about sustainability because I’m still learning a lot about that myself and that’s something that I’m becoming more passionate about,” Kvidera said.

“I’ve been dancing since I was really little and with that I’ve really been focused on healthy living and just promoting [wellbeing],” Kvidera said.

After graduating from Pepperdine, Kvidera said she hopes to use her degree in IMC and work with a nonprofit organization either related to Type 1 diabetes or the general health system.

“I think it’s super important to give people resources that can help them live a more normal and regular life,” Kvidera said. “Even though [having diabetes] really does help develop you as a person in your character, it shouldn’t confine you and restrict you in what you do.”