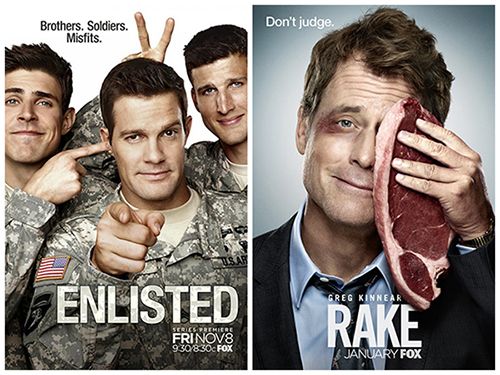 A new year marks the return of many television series, and  the time for new shows to make their place.

FOX’s new comedy series, “Enlisted,” created by Kevin Biegel (who also worked on “Scrubs” and “Cougar Town”) premiered Friday, Jan. 10, at 9:30 and stands out as a military comedy with a fresh-faced cast and over-the-top but heartwarming humor. It’s “The Office” meets “MASH,” and it’s likable because of its upbeat personality.

“Enlisted” tells the story of three brothers who are in the military. The oldest brother, Sgt. Pete Hill (Geoff Stults), has just returned home from Afghanistan to find himself demoted to the “Rear Detachment Unit” in Florida. This particular unit maintains the home front and looks after the families of men and women who are overseas. Pete’s two brothers — middle brother Derrick (Chris Lowell) and youngest brother Randy (Parker Young) — are both under his command at the Rear Detachment. Pete is a cocky “super solider” who acts superior to those in his platoon. Derrick is the snarky brother who acts as the peacekeeper between the two, but is often very cynical too. The character with the biggest heart is Randy. He is a sensitive goofball who takes his service in the military very seriously. The Hill brothers are all following in the footsteps of their father, an excellent soldier who was killed in the line of duty.

The pilot episode focuses much on the relationship between the brothers, setting the background story for the season. Three episodes later, we start to meet the other characters in the platoon, who are just as lovable as the brothers. By the fourth episode, I was completely hooked and drafted the show into my TiVo box.

Like other shows, such as “The Office” and “Scrubs,” “Enlisted” is a workplace comedy in which the main focus is on the relationships among the workers and the conflicts that arise among them. As Pete discovers that he’s in charge of a platoon of misfits, he has to learn to accept and love the colorful group of characters for who they are. The show is filled with brotherly love and conflict, as well as a potential budding romance with a fellow sergeant (Angelique Cabral).

However, it does fall flat in the sense that the episodes are amusing, but never really “rolling on the floor laughing” kind of hilarious. That being said, there are plenty of clever one-liners in the show, but it’s the charm of the show and its characters that will keep you smiling and wanting more.

In the new FOX series “Rake” (based on a hit Australian series), slated to premiere on Thursday, Jan. 23, Oscar nominee Greg Kinnear (most well known for his role in “Little Miss Sunshine”) plays a struggling lawyer whose personal life is just as messy as his hair.

Keegan Deane (Kinnear) is a questionable attorney with a few problems — his gambling addiction, his debt to his bookie and the fact that he’s in love with a prostitute.

He’s a criminal lawyer who defends the indefensible and even says “all my clients are guilty.” In his first case of the season, he is defending a killer known as the “Westside Ripper.”

The pilot episode begins with Keegan watching a football game in a bar with a man and then buying drinks for everyone after his team wins. As it turns out, the man he is with is his bookie and beats him up because he still owes money to his boss. Keegan insists that he has a major payment coming in from a client and that he’ll get the money to him right away. However, the joke’s on Keegan because the payment from the client comes in the form of a Pacific Bluefin tuna, allegedly worth fifteen thousand dollars — he just has to get someone to buy it from him.

“Rake” is a dramedy that is cleverly written with just the right amount of wit, charm, and cynicism. Don’t get me wrong, Keegan’s certainly a smart guy (after all, he is a lawyer), but unfortunately he makes stupid decisions and has incredibly bad luck. His life is out of order and he defends serial killers, but why is it that he’s still a lovable train wreck and that we’re still rooting for the guy? It’s because he’s the ultimate underdog whom has an optimistic belief in justice and is determined to defend those who others refuse to defend.

Tune in to “Rake” — you won’t be disappointed, as it captures your attention with its witty humor, and unlikable Keegan steals your heart. 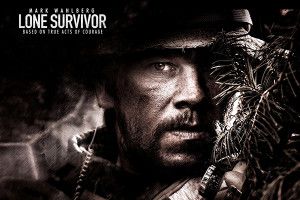 While the wars in Afghanistan and Iraq have generated controversy, there are individual stories of heroism that have come...
Copyright 2013 Jupiter Premium Magazine Theme
Back to top