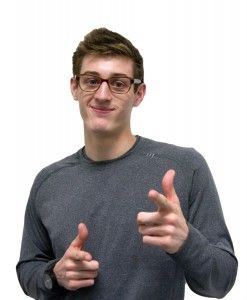 Anyone who has lived in Drescher, or looked upon it from a lower point on campus, is aware of the daunting road that connects it to the rest of this school. This asphalt snake is a symbol for all things dark and unforgiving in this world we live in.

A few weeks ago I found myself in the CCB around 5 in the morning. I had entered the building around 4 p.m. the day before, and though some might speculate that I was busy at work with a personal project, the honest answer was that I was waiting for the CCB snack shack to reopen so I could snag an apple danish. That moment never came, so I decided to go home around the same time the school janitorial crew showed up.

I walked outside to a deep purple sky. It was 4:37 a.m., and there’s never a good reason to be up at that time. The four o’clock morning hour is the jean short of the Gregorian calendar — it’s impossible to argue its necessary existence, but it’s better in theory than actually seeing it.

I had shuttled to the CCB from Drescher earlier the day before, so it was at this moment, which I will refer to henceforth as the jort time period of the day, that my heart sunk as I realized I faced a long walk ahead. I took a deep breath, buckled up every possible buckle on my North Face backpack and started walking.

Around the time I got to Printing Services, I was met in the middle of the road by a herd of deer. They were doing whatever the heck it is deer do at 4:37 a.m.; except, my walking apparently deeply disturbed whatever vibe they were enjoying before I showed up, because they all stopped and just stared at me for the longest time. I continued walking. They continued staring. I started playing scenarios in my head of ways I could kill a dozen deer with my own bare hands and explain it logically the next day. Fortunately, things didn’t come to that.

I did, however, have to walk up the Drescher road at 5 a.m. If Dante were a sell-out and published new editions of his “Inferno” every year to make a few extra bucks, that walk would be the rung of hell for 2012. Each step felt like a round on the world’s worst treadmill. My head was down for 20 steps, then I’d look up, and be 50 yards behind the last place I remember being. One small step for man, one giant pain in my behind.

I’ve made that walk five times this year. It’s awful. Almost every time cars have whizzed past me without thinking twice. One time a car stopped. Next to the birth of my first child, it will go down as the best moment of my life.

I’m proposing we mandate a Stop & Go Policy for the Drescher road.  If you see someone walking up it, stop your car, pick them up and go up together. I hate awkward conversations more than anyone, but it’s only 30 seconds and saves someone from a load of pain. This is my solemn promise that from here on out, if I see you walking up that road, I will stop my car and ask you if you need a lift.

I hope you do the same.

The windy city was invaded by the Graphic staff during the first weekend of November, as well as many other collegiate...
Copyright 2018 Pepperdine Graphic
Back to top