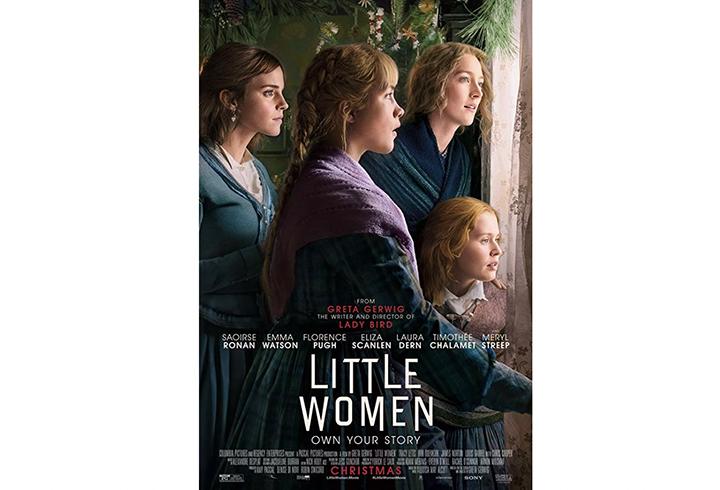 No women are in the running for Best Director in the 2020 Academy Awards, even after a year filled with critically-acclaimed movies spearheaded by women. Movies like Greta Gerwig’s “Little Women,” Melina Matsoukas’ “Queen & Slim” and Lulu Wang’s “The Farewell” are just a start to the list of unrecognized female-directed films.

“Sadly, the lack of representation is a much deeper problem than just not having any female directors nominated,” junior film student Ali Winiesdorffer wrote in an email. “Systematically, women in film often aren’t given the same opportunities as males.”

Many fans were outraged about Greta Gerwig not being nominated, as “Little Women” was nominated for six other categories, including Best Picture. Only 13 other female-directed films have been nominated for this title in the show’s history.

This issue is not new. Over the past 92 years of the Oscars, Kathryn Bigelow is the only woman ever to win the award for Best Director, with only five women who have been nominated in nearly a century since the awards have taken place. While the Academy has taken steps to increase diversity, its majority is still comprised of Caucasian men. Only 32% of the Academy is made up of women, and a smaller 16% is made up of people of color, according to CNBC.

“Many organizations have a male-dominated membership who tend to nominate people who make the kinds of movies they make or that appeal to them,” wrote Professor and Director of the Master of Fine Arts Program in Writing for Screen and Television, Leslie Kreiner-Wilson, in an email.

This representation illustrates the lack of diversity in the film industry. While the Oscars are the latest recipient of backlash, this is not the first time an award show has failed to represent women.

In the 2019 Golden Globes, women were not only snubbed for Best Director, but for the Screenplay and Motion Picture categories as well.

“All of the directors nominated are extremely talented and deserve the nomination for their work, but they have been given so many more opportunities than many of their female counterparts,” Winiesdorffer wrote.

She added that films released by women tend to receive less recognition in the media.

“If we want this lack of recognition to change, which we should, we need to go deeper than just recognizing female talent, and begin to encourage female directors from the start,” Winiesdorffer wrote.

Kreiner-Wilson wrote that encouraging female directors begins with encouraging equal representation from the start of the process.

“Martha Lauzen at the Center for the Study of Women in Film & Television does research in this area,” Kreiner-Wilson wrote, “[Lauzen] believes more women executives would hire more women directors. There may also be a need for more women in the nominating process for the various awards.”

A broader discussion can be had about the lack of racial diversity in critically-acclaimed movies. Movements like the #OscarsSoWhite social media campaign in 2016 brought to light the lack of racial diversity in the award show and sparked some adjustments in the nominees for years after. Even though Hollywood has improved diversity on the screen, out of 20 nominated actors and actresses in the Oscars, only one person of color was nominated this year.

Junior Screen Arts major Rei Watanabe is involved in the film industry. She expressed her frustrations with the inadequate representation in Hollywood as someone who is predominately Japanese.

“So many of the casting calls I receive are calling especially for caucasian females even when the project seems like any ethnicity will do,” Watanabe wrote in an email.

Watanabe provided an alternative view to the recent Oscars controversy.

“Although I can see why having only male directors as nominees would spark some feminist speculation, I feel like the nominations aren’t necessarily biased,” Watanabe wrote. “From noticing the type of movies that typically get nominated it comes as no surprise to me that films like ‘Joker’ and ‘1917’ are contenders, both of which happen to have male directors.”

While it is useful to respond to the absence of female representation in Hollywood, diversity is deficient across the board. Senior Screen Arts major Orion Keen opened up about his views on how diversity in the film industry can be corrected.

“Both the issues of diversity and women are talked about a lot in Hollywood but the issue is that it’s not just talking about the problem that fixes it, it’s actually taking action that makes the difference,” Keen wrote in an email.

So, how can audiences help to support diversity in media and entertainment?

“The best way would be to support female storytellers in all roles of the filmmaking process,” Keen wrote. “There are really talented storytellers who just need to be given a chance.”

Pepperdine's SigEp Sheds Light on the Benefits of Brotherhood 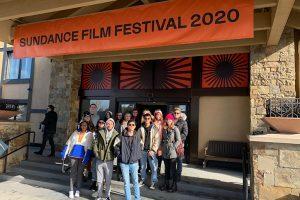