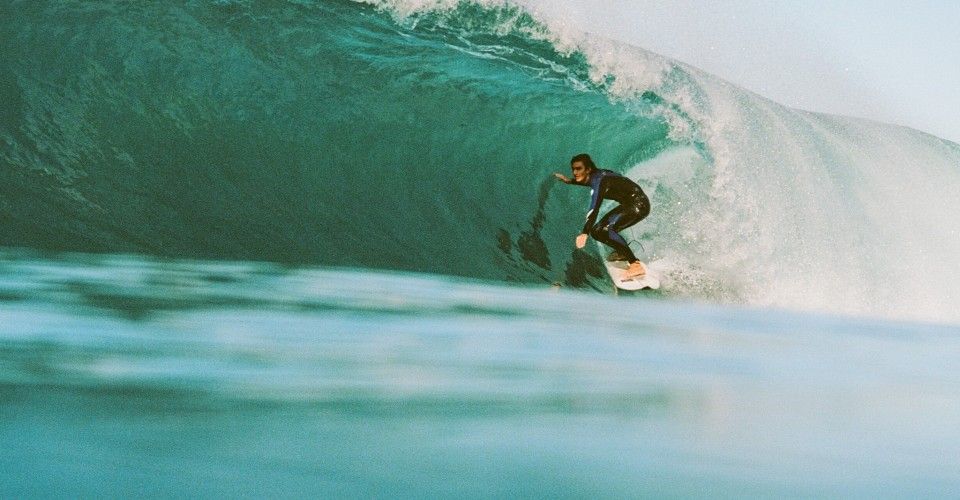 Augusto Alvarez came to Pepperdine for one specific reason: the waves. The Miami native set his eyes on the coveted waves of the West Coast when he chose Pepperdine.

“The more I fell in love with surfing, the more I wanted to come here,” Alvarez said.

When Alvarez was 10 years old his parents sent him to a surf camp to test the waters. The passion came later when he switched elementary schools and found a fit with a group of kids getting into skating and surfing.

Upon his arrival to Pepperdine four years ago, Alvarez surfed in solitude. There was no surf Convo or surf team. The surf culture was comprised of individuals all taking on the waves on their own.

Even without the structure of a surf-emphatic community, Alvarez did not hesitate to hit the beach. Without a car his freshman year, he would skate down the hill on PCH to the beach, surf, then hike back up.

“It’s only like a half an hour hike back up,” he said. “You’d think it would take longer. I guess it was because I could skate past the flat section; I’d only have to pick up my board and hike back up the hill.”

His sophomore year, Alvarez studied abroad in Lausanne, Switzerland. In a country known for mountains and snow, he found ways to take on the beach. First, Alvarez embarked on a surf excursion to France on his own. Then the next semester, he rode the waves of Portugal with a surfer friend who hailed from Hawaii.

“We were there for a week, and we had taken a stick shift car,” he said. “I hadn’t driven stick shift in like 10 years.”

From continent to continent, country to country and East to West Coast, Alvarez believes that our very own Zuma Beach has the best waves.

“It’s one of those things that feeds your soul, you know? Everyone has one of those activities that [is] a release, that you go either to get away or to have some time alone. It’s both relaxing and the most exciting at the same time. One moment you’re flying down a wave, and the next moment you’re just sitting there for 20 minutes.”

When Alvarez returned from Lausanne, the surfer community at Pepperdine grew with the emergence of surf club and surf Convo. The year prior, freshman Mike Maholias had created a surf team, and with Alvarez back the team flourished. The surf team trains two to three times a week at Zuma with a coach to prepare for competitions against schools like UCLA, UCSB and San Diego State, among others.

Aside from his passion for the surf, Alvarez is a Physics major with a minor in Computer Science. He switched his sophomore year from IMC, meaning he will graduate in another year and a half. When asked what he wants to do after college, he responded, “Music.”

In fifth grade, he picked up the cello and eventually switched to guitar. He played throughout middle and high school. He shares his love for music with his mother, who does orchestration, composing pieces orchestral pieces for film and TV for a living.

“She already had a bunch of software, so one day I just decided to download all of it,” Alvarez said. “And I fell in love; there’s endless possibilities when you’re working with software as opposed to just individual instruments.”

While musical composition and surfing are certainly in his future, Alvarez also hopes to do research in solar cells with his knowledge of physics.

“I love how it’s challenging,” he said. “Sometimes you love it, sometimes you hate it. It’s cool because you get to learn how the world works.”

Though music and solar cells foster his creative and innovative edification, Alvarez said surfing is the best teacher in the art of patience.

“You can be waiting out there for 20 minutes and you’ll get impatient and you’ll paddle for a small wave, and the moment you do that there’s a big one behind it.”

As a surfer and skater, Alvarez’s injury list includes sprained and broken ankles, a broken wrist and broken finger. He recalls looking at his finger bent 90 degrees.

Alvarez seems fearless, but insists he is terrified of sharks. He’s only seen one small shark while paddleboarding in Miami. In Florida there are a lot of small sharks, and while in California there are less, they are bigger.

“You just got to push it to the side,” he said. “I mean I know I’m going to surf anyways.”

Alvarez casually states his fears cannot override his passion for the sport, a passion that played a critical role in the creation of a strong surf community. Alvarez notes that some of his best friends are from this group of wave riders.

The best surfing months are in the winter and fall when the stormy weather is at a peak. Whether he’s practicing patience, facing shark-sized fears or weathering life’s storms, Alvarez demonstrates that surfing is about more than a board and the sea. 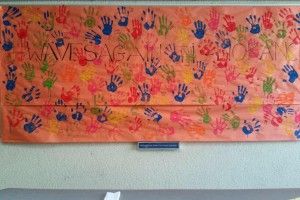 Photo Courtesy of Waves Against Ignorance In the wake of the “blackface” incident that took place Thursday, Feb....
Copyright 2018 Pepperdine Graphic
Back to top