By Ian McDonald and Zach Alfred 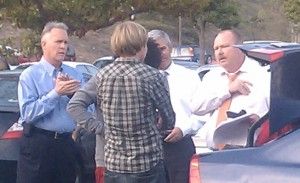 Three students were detained by Public Safety officers Wednesday evening after being spotted in Rho Parking Lot with what appeared to be a firearm.

The students were filming for an episode of the Randumb Show using a realistic-looking gun prop that other students had mistaken for an actual firearm. Public Safety was on the scene along with L.A. County Sherriff’s deputies and university administration officials.

After initial reports, administration officials arrived to gauge the seriousness of the situation. 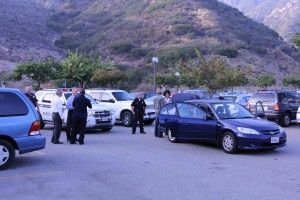 Photo by Serena Wu Photo by Genevieve Smith PREVIEW — This year’s art exhibit put on by the Weisman Museum found an interesting...
Copyright 2018 Pepperdine Graphic
Back to top