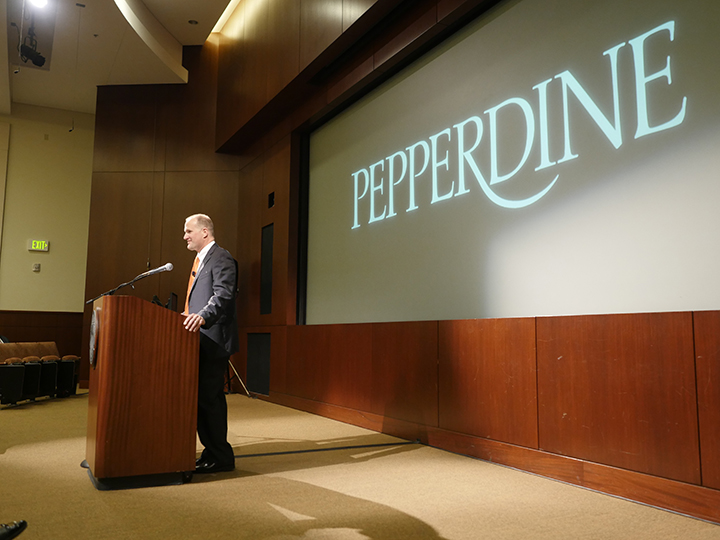 It was a packed house in Elkins Auditorium Monday morning as the Pepperdine community gathered to officially welcome Jim Gash as the university’s president-elect.

The Board of Regents announced Feb. 14 that Gash would succeed Andrew K. Benton as Pepperdine’s eighth president and CEO starting Aug. 1. Gash is currently the Pepperdine Law School’s associate dean for Strategic Planning and External Relations and a law professor. Gash will be the first alumnus to hold the presidential title as a Class of 1993 School of Law graduate.

Gash shared “three pillars” that he sees the university heading toward as he transitions into the presidential role.

“The first of those pillars is faith,” Gash said. “Pepperdine is a Christian university and I will never apologize for that. I will never swerve from that core identity.”

Gash added he is working with the university’s public affairs and special events team to plan “a special time of worship and praise and prayer in conjunction with the inauguration events in the fall.”

He promised that as president, he will continue to seek opportunities to draw the community together in prayer and worship. 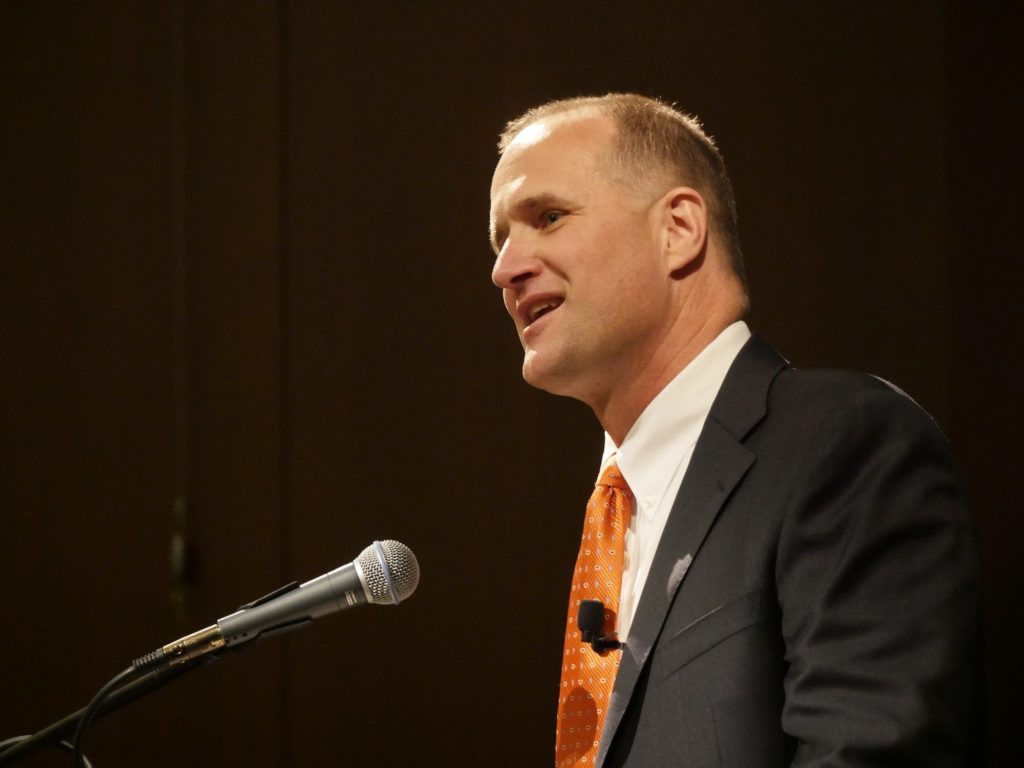 Gash said he knows his vision to keep pushing Pepperdine forward requires “raising more money than we ever have before,” but he believes that Pepperdine’s reputation will attract donors who want to invest in modern innovators.

“Our story will excite a new generation of benefactors who understand that the best investment in future leaders is to invest in Pepperdine,” Gash said.

“In the landscape of higher education, Pepperdine is a relative youngster and yet our footprint is already deep and wide,” Gash said. “We do what we do because what we do has transcended meaning, not because it improves us in the rankings. But when we improve in the rankings, it increase our national reputation and that broadens and deepens our footprint.”

Gash noted that he wants to continue to grow Pepperdine’s connections to further raise the university’s standing.

“Our international reach is already wide, perhaps beyond any other university in the world, but there are still steep mountains to climb over and dark valleys to descend into,” Gash said.

Gash also introduced his wife Joline Gash to the community on Monday. Joline graduated from Seaver College in 1992 with a Bachelor of Arts in Biology. 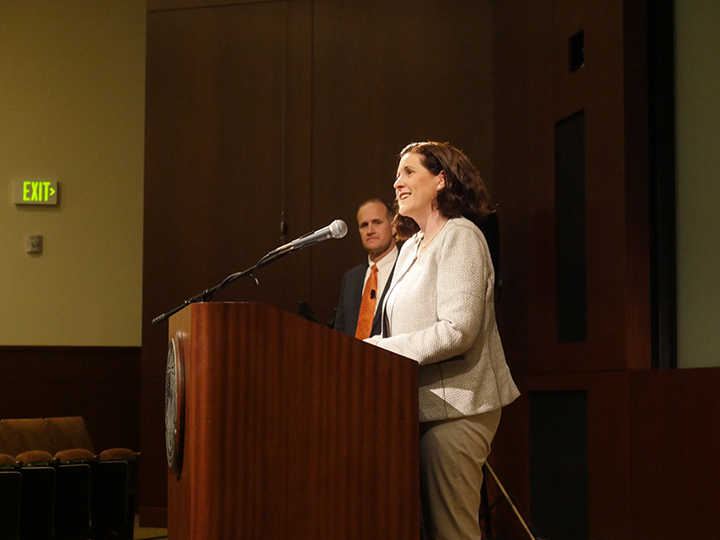 Joline is a biology teacher at Oaks Christian High School in Westlake Village, but is stepping down after this semester to serve at Pepperdine full time.

“Now is the time for me to be fully invested in Pepperdine, in this community,” Joline said. “I am especially eager to find ways in which I can support our students’ health and wellness, including their mental, physical and spiritual health.”

After the community welcome, community members had the opportunity to shake hands and meet Gash and Joline outside Elkins. 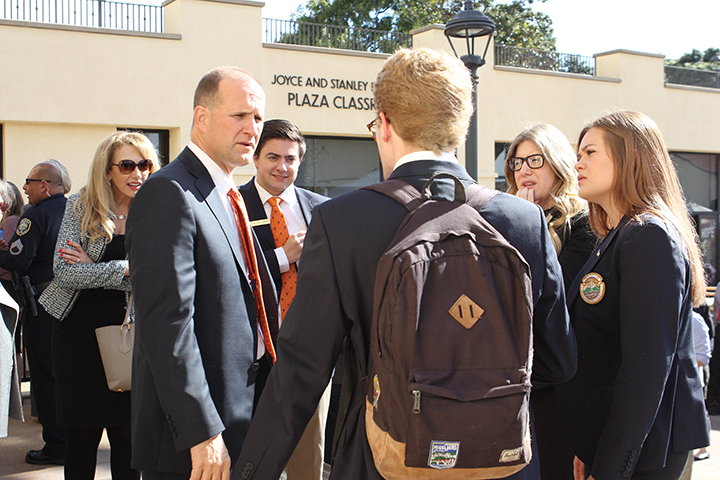 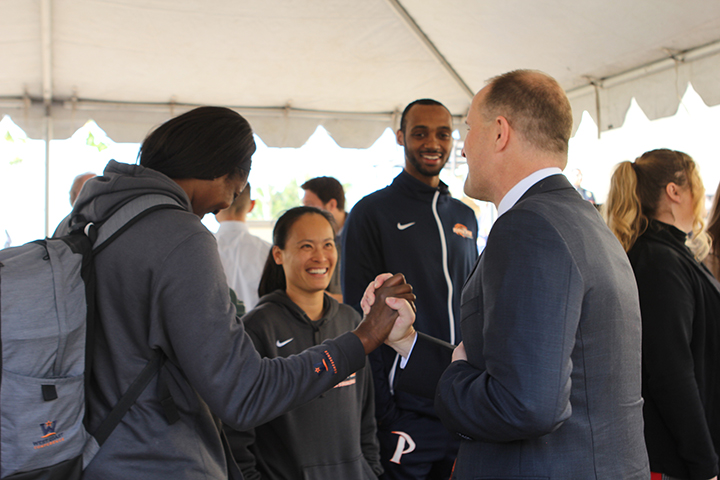 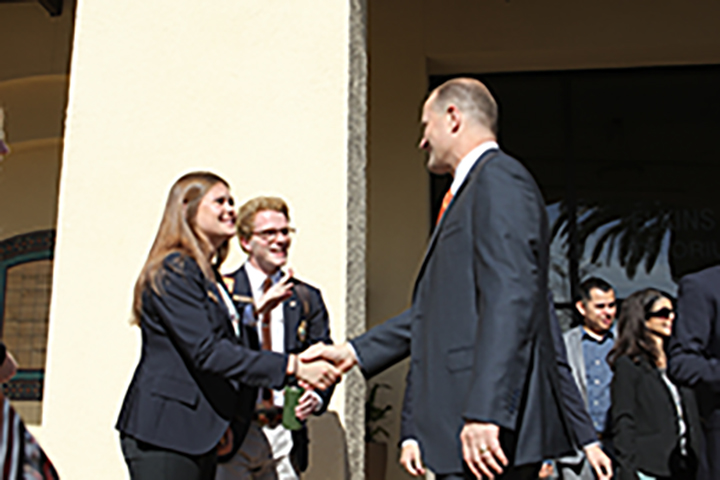 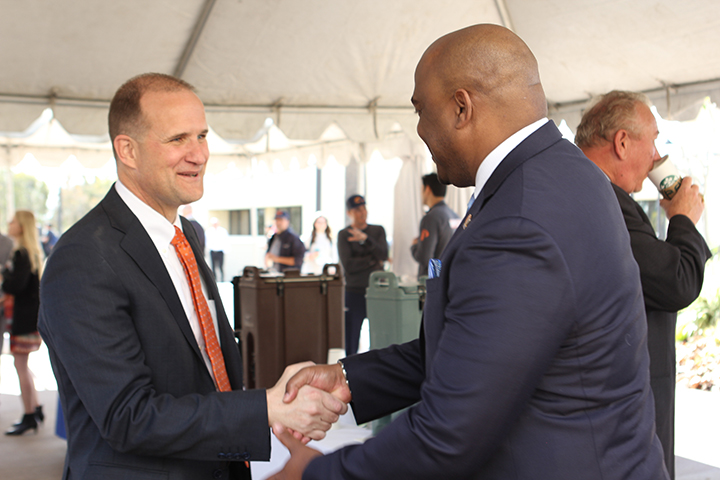 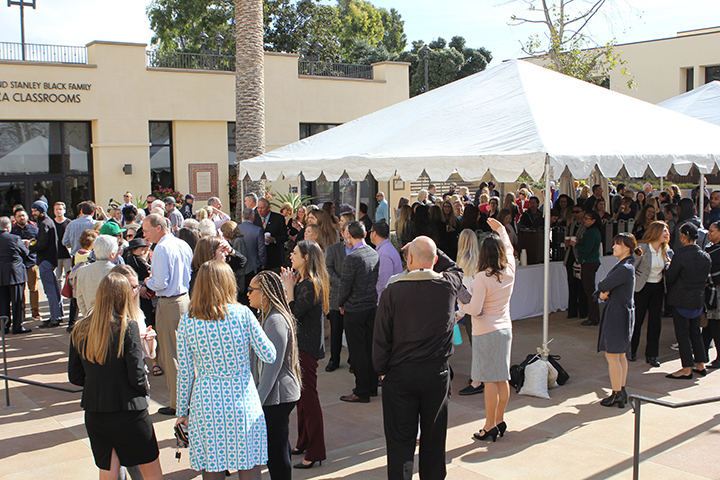