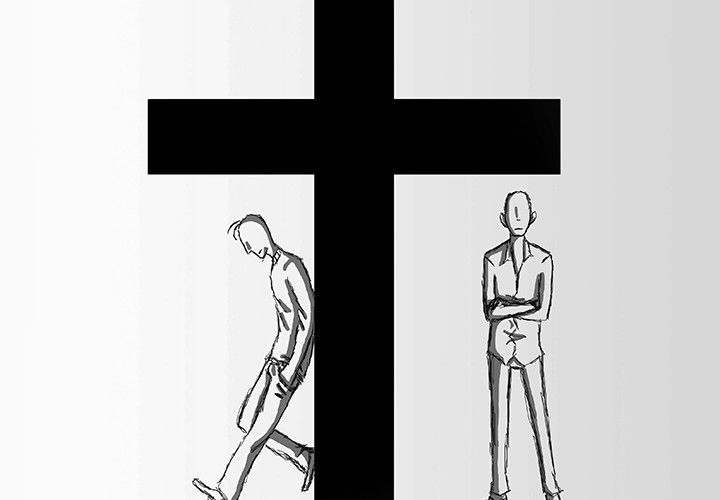 I grew up in a Christian home, which meant going to church every Sunday, listening to adults tell me what faith is and how to procure salvation. I learned about Jesus and his sacrifice in the New Testament. It’s always been around me, always been enforced through my parents’ decisions and the way they raised me.

Eventually I chose to make Christian values my own and endeavored to understand what this faith is and who God is in my life. When it came time to leave for college, my high school pastor gave me this advice for my faith: Be critical.

The college experience has challenged the faith I grew up on, challenged whether I could still believe after meeting people who do not believe and have ideas that challenge traditional Judeo-Christian values.

This past semester, new ideas are calling into question the faith I have. These ideas are coming from my Spiritual Writing course, which has been eye-opening for all of my writing and theological ideas.

We’ve been reading from philosophers like Georg Hegel and Aristotle, and more recently we’ve been comparing the Noah story to the creation story of the Sioux Tribe.

These philosophers questioned where consciousness and truth originate from, where God originates from. When we discussed these ideas in class, I was unsure how to incorporate their ideas into my own beliefs. I agreed that truth and consciousness come from an eternal source, but was that source God?

This question sowed the seeds for more new questions, like what if the creation story and the Noah story are myths taken from a geological event long ago? What if I don’t agree with how God treated his children in the Old Testament, how he slaughtered thousands in his righteous rage?

Looking back, I found it uncommon in churches I’ve attended to question the authority of the Creation story or Noah’s story in the Bible. Rather, we are told to submit to the fact that God is who he is, and let our personal doubts go.

Now I’m not sure I can do that, not when I have so many questions that challenge the core of what I believe. It seems I’ve had a static image of God, one that doesn’t change or submit to questions, and now I know my understanding of God must find a place in my questioning. But I must seek and try to find the answers, rather than throw my hands up in theological defeat. If Jesus died for me thousands of years before I was born, then the least I can do is search for truth.

The most difficult part of the truth-searching process is accepting new ideas, especially when I’ve been raised not to. Christianity, like other faiths, has been closed-minded and prone to cutting away anything that threatens it. Faith has also been challenged by science and some of its theories (evolution, the Big Bang), which have been used to try to disprove God or any supernatural occurrence.

With science cutting down religions, and religious leaders failing to question their own faith, it can feel like God’s gone on a coffee break, and no one knows when he’ll be back. But this is why I need to search. If he’s with us like he promises, then I will find him with open arms.

In the Bible, Jesus doesn’t cast people out for asking questions; he welcomes them and responds with wisdom. I believe that if I seek for truth and question the origins of my faith, he will answer without throwing a single stone. As he says in Matthew 7:7, “Ask and it will be given to you; seek and you will find; knock and the door will be opened to you.”

In my thinking, I’ve found that non-Christian thinkers can deliver truth with powerful conviction, and it shocks me that those who have not lived a Christian life can speak wisdom and truth into me, too. I’ve also learned to accept that the Bible might not be the most perfect text (or the easiest to read), but inside its message one can find a living truth, one that surpasses the errs of time and translation.

I’m searching for the living God, the one that invented history and science, not merely an old, bearded guy — not someone who’s silent and ignores my many prayers. I want to be heard and known by him. 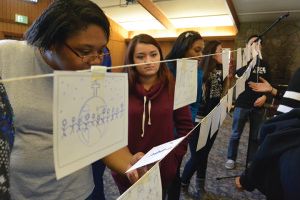 Photos by Haley LaninghamEvery spring semester, Pepperdine’s Posse staff and scholars help organize a retreat for themselves...
Copyright 2018 Pepperdine Graphic
Back to top