A social media storm brewed when Pepperdine alumna Michelle Fields tweeted an image of a comment allegedly posted by then-Pepperdine professor Russell Burgos in reaction to her appearance on Fox News’ “Cashin’ In” a month ago — a comment that read, “It appears she’s gone Full Retard.”

The tweet — which got 251 retweets and 130 favorites — attracted widespread media attention. A less than pleasant experience for all involved, it proved the power social media has on both faculty and students at Pepperdine.

“I think social media affords unique opportunities for faculty to engage students outside of the classroom, but I think that it presents some pitfalls and some challenges,” interim Dean of Seaver College Michael Feltner said.

“I think the ability of social media content to spread so rapidly beyond your control creates challenges when there’s an inadvertent misspeak,” he said.

These two wide-ranging networks are used for both personal and professional purposes, something the university takes into consideration when overseeing social media and public relations.

Nicole is the first person that has been a full-time university employee in charge of social media. She started in November 2013 and has been working on implementing “best practices” as well as a “hardcore policy,” something she said has already been drafted and will most likely be put into action in early 2015

There currently aren’t any rules regarding faculty use of social media, but there are general best practices.

“If you’re an official representative of the university then you have that responsibility to reflect the brand,” Nicole said. “It’s very basic. You can find those key values in anything you do, being transparent and honest.”

“There’s probably an upside and a downside to it,” junior Marcus Klotz said. “I think having your teacher as a Facebook friend could probably make it a little less professional between the two. But it’s also a decent way of communication.”

Tiffany Wright said everyone is entitled to his or her own opinion and that it’s important for the university to promote diversity of opinion. She is responsible for media outreach and securing press coverage for Pepperdine faculty members.

“It builds a brand for them; you really get to know a professor’s voice,” Tiffany said. “If you’re a journalist and want to talk to them, all you have to do is look up their Twitter feed to know what angle they’re going to cover.”

She said it’s important to let professors and faculty have the liberty of expressing their opinions because that’s the reason why they’re experts in their area.

“We don’t really promote faculty members going out there and resorting to any kind of name calling as long as they keep it professional,” Wright said. The university supports intellectual debate, according to Wright.

Sophomore Grace Choy said there are more positive aspects than negative aspects to faculty members using social media, since a lot of students don’t check emails as much as they do Facebook or Twitter

“I don’t think there could be a con,” Choy said. 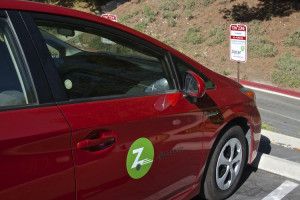 Photo by Allison Hubbard Pepperdine is no longer affiliated with the Hertz car-sharing program. Pepperdine has discontinued...
Copyright 2018 Pepperdine Graphic
Back to top