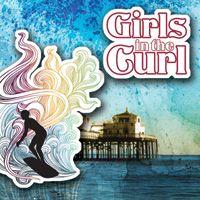 “Girls in the Curl an event celebrating the achievements of women in the male-dominated sport of surfing, took place Saturday at Payson Library.

The first panel discussion featured Kathy Gidget” Kohner Zuckerman Shelley Merrick and former world champion Linda Benson who were all part of the Southern California surf scene during the 1950s and 1960s.

Gidget the female whose surfing exploits inspired a book and a number of films shared what it was like to surf Malibu with the guys during the 1950s.

“It was all about surfing and what was outside Gidget said.

Gidget kept an extensive diary during her surfing days.

Every truth about Malibu is documented in my diary pages she said.

One wave and I was a goner.”

Merrick reminisced about the early days of surfing in Malibu.

“If a car went by with a surfboard you knew who it was she said.

Despite the scarcity of women surfers during the 1950s and 1960s, Merrick said that they received great respect.

Men embraced the women in the water she said. We were seen as goddesses.”

Merrick also discussed the cohesion of the girl’s competitive surf community during the 1960s.”In the early days we had a lot of camaraderie Merrick said. We were like a little family. It was lovely.”

“I was lucky to be there [on the competitive surf scence] at a time when surfing was so innocent. We just supported our friends.”

Benson also stressed how surfing is more than a sport to her.

“It is part of my soul she said.

Hartmann spoke about the obstacles and successes she has endured as owner of Girl in the Curl, the first exclusively women’s surf shop and surf school.

Love of the ocean lies at the root of Hartmann’s endeavors.

Surfing is such a peaceful thing. The water does something to your body. It soothes your soul Hartmann said.

Meilsels shared her personal opinion about women and the surfing industry. In a male-dominated industry the women that make it seem to blow the men out of the water.”

Meilsels’ comment was in reference to Holly Beck self-proclaimed nerd who graduated from the University of California at San Diego in three years to pursue her professional surfing ambitions.

Holly Beck told the audience how she saved up money to buy a surfboard at a garage sale enough though her mother forbade Beck from surfing.

Beck recalled her mother’s words: “Girls aren’t supposed to surf. They’re supposed to sit on the beach and look nice in bikinis. You’re not going to get a boyfriend surfing.”

“I love the healthy and exhausted feeling surfing provides and I cannot imagine living without it.”

Although Beck no longer surfs competitively she still makes a living through her surfing endeavors. She recently opened a women’s surf and yoga retreat in Nicaragua.

Payson put on Girls in the Curl in part to raise awareness and money for the library’s surfing archive. To this end raffle tickets were sold for Dewey Weber surfboards and Body Glove wetsuits and a number of vendors sold surf-related products.

At the end of the event Linda Benson was awarded a lifetime achievement to surfing award.

Benson said “It’s been an incredible gift to be able to do this wonderful thing for so long. It has opened many doors like traveling and teaching where I get the chance to see a lot of smiles and looks of total stoke.”

A denial of service attack forced pepperdine-graphic.com to temporarily revert to an earlier unfinished version of the site....
Copyright 2018 Pepperdine Graphic
Back to top