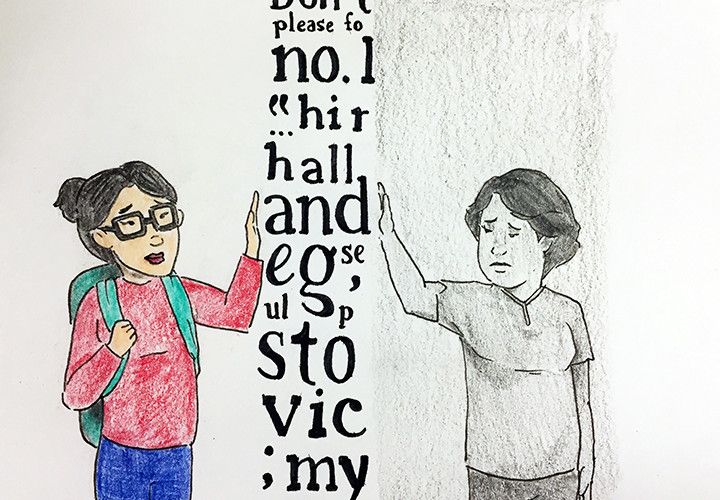 Upon finding out that I am a senior, many inconsiderate adults and students alike inquire about my plans post graduation. When I nervously explain that my plans are not entirely concrete, a few joke that “it’s OK” because “if things don’t work out,” I can always “go back to China to teach English.”

Since when did that become the unspoken plan B? Or perhaps, I only have teaching English as a “safe and easy” option because my linguistic tradition is privileged.

Yet it was not always so. I started formally learning in English when I was 8. As an American citizen living in China, I challenged the expatriate face with Asian features, with only the hope of fluent English as a signifier that I really was American.

I learned my first English word when my mother lifted an apple to my eye level and called it an apple. By the time I learned a hundred other words in English, I realized that she barely spoke any English at all. When my English vocabulary superseded that of my mother’s tongue, I quickly felt lost, never having the right words in the correct language to explain what I felt. I quickly began to identify with politicians who insisted that “they” should all “just learn how to speak English or go home” and did not blame my classmate for giggling as my mother said “macroni” and cheese.

I felt ashamed of how I felt, but I did not know how to change. In high school, I woke up at 4:50 a.m. every Saturday morning to travel to the outskirts of Shanghai to teach English at migrant schools, which consisted of children whose parents hailed from impoverished areas of China and made a living by laying bricks or sweeping floors in developing cities.

Unlike many individuals in China, they were not at all eager to learn English. In fact, with such limited opportunities, these self-aware children, aged 4 to 6, subtly undermined my existence and resented my involvement in the English-teaching program. Knowing that it is unlikely they will ever leave the country in their lifetimes, a few children made the point of glaring at me throughout the duration of our lessons, only to be subdued when I purchased popsicles for the entire classroom at the end of the term.

Yet when I came to Pepperdine during fall of 2012 as a wide-eyed freshman, my classmates and friends were eager to “book study dates” with me as they conveniently did their Chinese homework. As aspiring businessmen, diplomats and binge-drinkers awaited their abroad semester in Shanghai breweries and clubs, my classmates did not hesitate to let me know that they coveted my knowledge of Mandarin.

I wanted to call home and tell my mother that no one will ever have to make fun of her for saying “macroni,” because from now on, English-speaking people will learn how to say it in Chinese, even if the word is clumsily transliterated into what sounds like fragmented English. I wanted to apologize for scraping her with shards of her broken English for so long, and promise that I will dedicate myself to expanding my Chinese vocabulary.

But I know I can’t do that, at least not without being dismissive of the great lengths she went to in order to provide me with an education in English. In other words, she realizes that she has created a language barrier between the two of us.

“Why don’t you apply for a Fulbright?” she asks. “Teach English somewhere. You can do it in your sleep,” she assures me.

And maybe when I do, I will approach it knowing that I will assist some version of my parents and classmates from freshman year — eager to learn a new tongue with the hope of expanding opportunities for them and their children, but knowing that they should not have to. 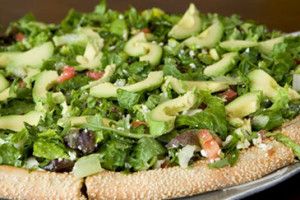 Photo courtesy of mangiaeatery.comNestled between a quaint Starbucks and Vintage Grocers at Trancas Country Mart in Malibu...
Copyright 2013 Jupiter Premium Magazine Theme
Back to top