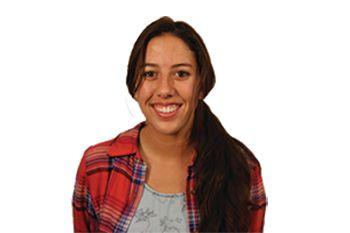 Twenty years have passed since the Northridge Earthquake, a 6.6 magnitude quake centered in the San Fernando Valley that caused structural damage, thousands of injuries and a total of 46 deaths. Though Pepperdine only suffered a 24-hour power loss as there were no reported injuries, many were shaken up in the aftermath.

“I was awakened by this rumbling that sounded like a train was going through campus,” Benton said. “I walked through the house, saw no damage and thought I must have been dreaming until I walked in the dining room and saw a very large chandelier swinging at about a five foot arc. I knew that we had been lucky. I looked down on the Santa Monica Bay and saw the power grids shutting down, one after another. Boom, boom, boom. The whole day was dark.”

As there were no medical injuries reported on campus, respondents first checked for structural damages, gas leaks and hazardous material spills, according to Deputy Director of Public Safety Robert McKelvy who was on duty during the earthquake.

“We didn’t have any immediate needs, like people trapped inside elevators or anything of that sort,” McKelvy said. “We were able to inform the community rather quickly that here on campus everything was good. If we would have been without water or food for a period of time, we’ve always been well-stored with emergency supplies for as long as I can remember. Our Insurance and Risk Management Department has done an outstanding job in preparing the university for emergencies, so we were prepared. That was a good feeling.”

McKelvy said most of the small emergencies reported were “cosmetic-type damages,” like books falling off of shelves in the library.

“We were so lucky that we had no injuries,” Benton said. “I think members of our campus family who live near the epicenter suffered more loss than the university did, so we were actually more concerned about them than any physical loss on campus.”

Deputy Director of Public Safety Dawn Emrich was a graduate student at the time at California State Northridge, the epicenter of the earthquake.

“There was just such a drastic difference between our impact and their impact,” Emrich said. “The semester opening was delayed by several weeks, and many of the buildings were not suitable for people to occupy. For a couple years it really had an impact on the student experience. They really got hit out there.”

A few months before the earthquake, Malibu suffered the Topanga Fire, which Benton described as “truly devastating to the Malibu community.” The fire spread across 18,000 acres, destroying 359 homes and burning the mountains above Seaver College in the process.

“That academic year was really something because we had the huge wildfire in October followed by the Northridge Earthquake in January of ‘94,” Benton said. “Since then, we’ve had a major fire in 1996, a fire in 2003 and two fires in 2007. We live in a beautiful place, but we do have our challenges.”

Though Pepperdine has been able to control and respond to past emergencies, McKelvy said response methods have changed quite a bit over the past few decades.

“It’s interesting because over the years I have been in emergency preparedness, some of the things they told you at that time differ from what what they tell you now,” McKelvy said.

“For instance, at that time they told you to go to a door and stand within the door jam, and they don’t do that anymore because they found that people were losing digits from doors swinging closed.”

Though provided with an exit-route sign on suite doors, emergency-response emails and instructions from RAs on what to do in an emergency, many students claim not to know Pepperdine’s safety procedures.

“They send us those emails, but I don’t think people read them,” sophomore Jael Villalovos said. “They’re just a lot of words. I would go under the doors [in an earthquake]. I think that’s the safest structure.”

Instead of aiming for doorways, McKelvy recommends getting under a desk or another solid object, most importantly, something that protects the head.

“If you can’t do that, then go to the corner of a room because it’s the strongest area of a structure,” McKelvy said.

Once the shaking has stopped, McKelvy said not to run outside of the building in case an aftershock should occur. Additionally, do not re-enter a building where there is obvious structure damage.

“These things are from not only an emergency rescue standpoint but for the average citizen,” McKelvy said.

According to McKelvy, who works with the LA County Fire Department on an almost weekly basis for things like structural assessment, Pepperdine makes new safety technology a priority.

McKelvy said one of the most important things for students to know is that safety information is always available.

“If you go on Wavenet, there’s an emergency preparedness manual that’s there for everybody,” McKelvy said. “Most universities have that information available, but if you find yourself reading it in the middle of an emergency, that’s too late. You can’t do it at that time. You have to take the time to read through it so that you understand.”

After 9/11, Benton created the Emergency Operating Center (EOC) to figure out the impact of disasters on Pepperdine students and alumni. In case of an emergency, the EOC would be informed first in order to respond accordingly.

“There are about 30 scenarios that we’ve planned out and prepared for,” Benton said. “I would trust our communication more than I would trust radio or television communication because we’re evaluating Pepperdine while external press sources are balancing a lot of other issues. So look to Public Safety, and look to the Pepperdine administration for what is best for Pepperdine. We’ll get through all these circumstances to the best of our ability.” 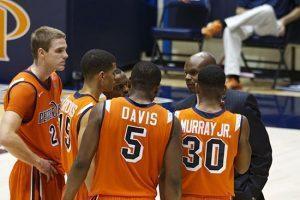 Photo by Marisa Padilla With first place in the WCC at stake and a full student section cheering them on, the Pepperdine...
Copyright 2013 Jupiter Premium Magazine Theme
Back to top