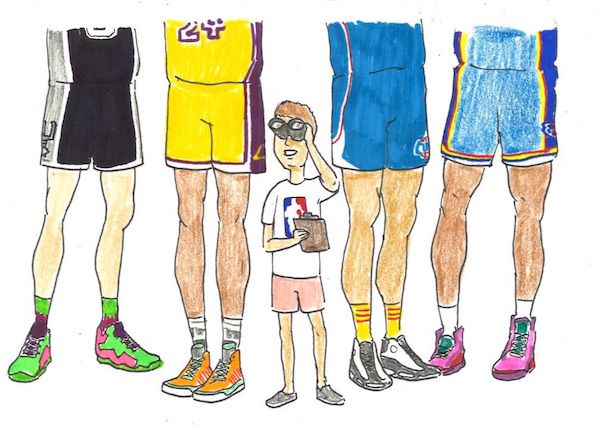 The 2015-2016 NBA season started Tuesday Oct. 27, but questions still need to be answered about the Eastern Conference. Like the Western Conference preview in the Oct. 10 edition of the Graphic, we’ll preview the East by answering some basic questions.

The Cleveland Cavaliers will win the East, right?

Are you sure about that?

Absolutely. It makes too much sense. Both Kevin Love and Kyrie Irving will be healthy. Their role players are overqualified (looking at you, Tristan Thompson, Matthew Dellavadova, Iman Shumpert and J.R. Smith) as well. Throw in chips on the entire roster’s shoulders from last year’s disappointing yet noble runner-up finish, and the Cleveland Cavaliers look even scarier.

Since the Cavaliers have the best basketball player of our generation, then they are automatically contenders — no matter what. Although basketball is a team sport, today’s NBA contenders need at least one superstar player to make a deep postseason run. Even though it sounds completely obvious, that’s just the way it is. We’ve been disillusioned by the recent successes of franchises who emphasize the group over the individual; the Golden State Warriors just used their team-centric pace-and-space system to win a title. Even the San Antonio Spurs, who are widely considered the poster child for team-centric basketball, have Tim Duncan — a Hall of Famer in every sense of the phrase — anchoring the post and opening up scoring opportunities for his teammates.

And people in the league know it. Superstar-caliber players command attention on the court, and in the war rooms on draft night. Every team looks for that franchise player to put their mediocre cast into the postseason. There’s a reason why teams like last year’s Celtics, Hornets and Bucks don’t make it out of the first round of the playoffs; they simply don’t have that guy who plays at another level and, in turn, makes everyone else play on a higher level.

That’s what LeBron James has done, and will continue to do for the Cavaliers.

Okay, so who else will make the playoffs in the East?

Who will be vying for next year’s top draft pick?

The Philadelphia 76ers, of course.

Why not the Brooklyn Nets?

Although the Nets were recently the subject of a Grantland article with the teaser, “The Brooklyn Nets might be the most depressing team in the NBA,” the Nets don’t have a first-round pick until 2019. In other words: Barring any future trades involving first-round picks, the Nets can finish with the worst record in the league, yet wouldn’t have anything to show for their, er, efforts.

So the Sixers will have a lottery pick for the fourth straight year. Should we still Trust the Process?

No, no, no and another 100 million no’s. Absolutely not. The Philadelphia 76ers are on thin ice this year; the Sixers have suffered far too long under the bizarre, yet calculating regime of Sam Hinkie. Ever since Sports Illustrated writer Brian Geltzeiler published his recent investigative piece on the Sixers’ behind-the-scenes struggles on Oct. 16, the league’s most shameless tankers are under more pressure to make more than a sliver of progress this season.

Although this season’s incarnation of the 76ers is already an improvement, the immediate future doesn’t appear to be built for success. Their two highest-paid players no longer play for the team, and their only veteran leader, Carl Landry, will be out for the first month of the season due to wrist surgery.

Right now, most of the offense will go through the front court tandem of Nerlens Noel and Jahlil Okafor, both of whom are promising pieces to build a franchise around. The Sixers boast nine rookies on their current roster, but this number might change by the time they make their final cuts.

For now, the Sixers remain at a crossroads: Should they try to develop their young roster and maybe trade for a veteran during the season, or should they keep up their wacky tanking game and hold out for more future draft picks?

This semester I accepted a bid to a fraternity. I mean, it was my third choice, but I wasn’t too disappointed. The older guys in my chapter see a lot of potential in me, and they think I can help them become a top-tier frat. So now I’m incredibly stoked. Is it fair to say I’m the Justice Winslow of Greek life?

In the short term: perhaps. In the long run: who knows? If anything, your “overlooked underdog” schtick parallels Stanley Johnson and Bobby Portis best — two other rookies who fell further in the NBA draft than expected.

Although Winslow was dubbed the biggest steal on draft night, this year’s true underrated rookies are Johnson and Portis. For one, Winslow happened to tumble into a fantastic situation; being drafted by the Miami Heat is almost never a terrible move due to Eric Spolestra’s coaching, Pat Riley’s pedigree and Florida’s lack of a state income tax. Plus, he’s in Miami of all places. I’m sure nothing’s overlooked in Miami (except for little things like federal laws).

Johnson and Portis are extremely competitive athletes with something to prove. In college, Johnson’s stats suffered under University of Arizona’s team-centric approach; critics doubted Portis because he happened to play in the Kentucky-centric SEC. In the preseason (yes, it was just the preseason), both rookies showed their athletic abilities and their penchant for taking over games. Their scrappy styles of play will be extremely fun to watch, especially during the inter-conference slogs within the East.

All of that sounds great, but I won’t be able to watch many games this year because of pledging. I can’t even tell you what time of day the pledge events are happening. They’re top-secret.

Thankfully for you, the most interesting games in the Eastern Conference will happen after you pledge your fraternity. This isn’t the West; teams will be contending (or not contending) for playoff spots well into the final weeks of the season.

Until the playoff chase entropy happens, be sure to catch any games between Cleveland and Chicago. This will be the most competitive matchup in the East.

The East’s newest rivalry is the Brooklyn Nets and the Toronto Raptors. Although both of these teams are poised to have disappointing seasons, there’s nothing quite like seeing two apathetic teams duke it out four times a season.

The battle of Florida between the terribly-entertaining (or terrible, but entertaining) Orlando Magic and the Miami Heat will be an enjoyable watch. The back-to-back matchup on Apr. 8 and 10 will be an interesting combo — especially if Elfrid Payton and co. decide to make a late playoff push.

Pepperdine has expanded its campus to an international program set to take place this summer in the “Land Down Under.”...
Copyright 2013 Jupiter Premium Magazine Theme
Back to top