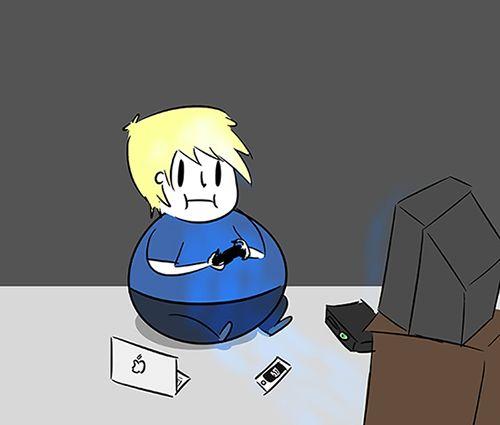 It’s our generation’s greatest addiction. The cell phone epidemic has infected many home, school and work environments, and our dependency is developing as early as elementary school. Technology, such as smartphones, allows access to the wide world of information and enables constant communication. However, there are many detriments to the digital age, and the scientific community aims to understand how technology might negatively affect our health.

As cellular devices have increased in usage in the past few years, the general public has become more concerned with the impact of cellular use and its possible correlation to higher incidence of cancer. In response, scientists have conducted multiple studies to further understand this relationship, focusing on the amount of radio frequency energy emitted by cell phones. According to the National Cancer Institute, radio frequency energy is radioactive, and certain levels of radioactivity can cause cancers.

Radio frequency energy is a form of non-ionizing electromagnetic radiation, which also powers radiowaves, microwaves and infrared lamps in restaurants. Many results have been published regarding this research, including an article in the Scientific American, titled “Can You Hear Me Now? The Truth about Cell Phones and Cancer.” After numerous studies by the National Cancer Institute and the International Journal of Epidemiology, this form of radiation has proven uncorrelated to higher cancer risks — but because the cell phone industry continues to change rapidly, so must these studies. Ionizing radiation (not found in cellular phones) is related to increased cancer risks. Forms of this radiation include gamma rays (which turned Bruce Banner into the Hulk — thanks Marvel), ultraviolet rays (ahh, the sun) and X-rays. These rays are dangerous because they can break down chemical bonds that maintain life.

Since cell phones only utilize radio frequency energy for now, they are not a considerable health threat. But in terms of our overall health, scientific research has suggested that technology promotes more sedentary activities, drains our emotions and does not allow true rest away from work or school.

As video games and television have increased in cultural popularity, children are less likely to play outside, which decreases their exercise levels and their creativity. According to a study done by the Nutrition Department at UNC Chapel Hill in 2011, titled “Time use and physical activity: a shift away from movement across the globe,” technology has changed how children develop and even adults interact. Increased digital activity has greatly contributed to childhood obesity and has affected social acclimation. Time spent in front of the television or an office computer outweighs time spent moving around and being mentally stimulated, in adults as well. And the negative effects of technology do not just stop there. Eyesight and hearing capabilities are being lost at an earlier age, through the misuse of headphones or squinting too much at a screen and can also lead to emotional distress.

Emotional distress and depression can be caused by scrolling through social media websites. According to the American Academy of Pediatrics, Facebook Depression, “…develops when preteens and teens spend a great deal of time on social media sites, and then begin to exhibit classic symptoms of depression.”

Though using cellular devices or other technological devices may not cause cancer, our physical and emotional health can be negatively impacted through excessive use of these products. Technology is best for our bodies when we take periods of rest to relax and enjoy the beautiful sunny-and-75 around us. So turn off the phones for today, Pepperdine, and try surfing the waves instead of the web.