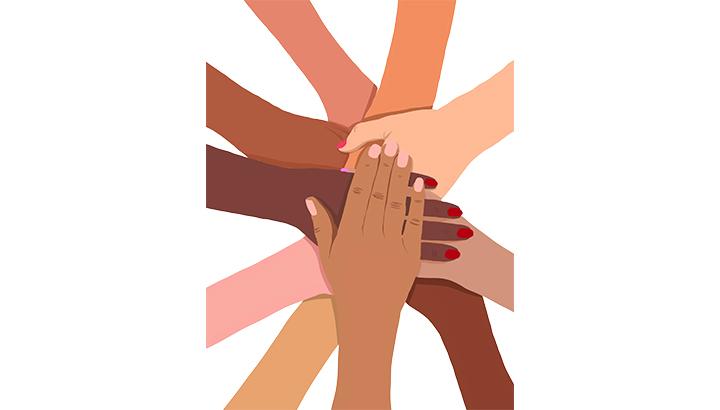 Despite securing women the right to vote, advancing the civil rights movement and being the moving force behind equal pay, the word ‘feminism’ tends to leave a bad taste in the mouths of many.

“It took a while for me to actually be comfortable with saying that I was [a feminist] just because of all of the negative connotations that it had with it,” Mariah Fujita Montes, freshman integrated marketing communication major, said.

The idea that feminists hate men, believe that women are superior to men and are incessantly angry are frequent stereotypes Fujita Montes said she attempts to dispel.

The basic definition of feminism is the belief in the “political, economic, and social equality of the sexes,” according to Merriam-Webster.

So, why do people hesitate to call themselves feminists, and what does it really mean to be one?

The answer: It looks different for everyone.

“[Feminism is] the radical idea that women are full human beings,” Women’s Studies Professor Lorie Goodman said with a smirk.

Goodman said she uses the term ‘radical’ with only partial seriousness, but she still finds it surprising to see women treated as “second-class citizens.”

“The functions [women] perform in culture and family and society are as significant and important as male contributions,” Goodman said. “We should utilize the potential in every human being, not just the male ones.”

Being a feminist is not limited to attending marches or creating big, institutional changes. Feminism is more prevalent and more impactful when practiced through small, everyday interactions.

For English Professor Katie Frye, feminism means living out her views of treating everyone equally. She said she uses her roles as a mother and a professor to inspire others to do the same.

“I am a woman in the world,” Frye said. “So I want a better world for my daughter, and for my sons and for my students.”

Communication Professor Bert Ballard, former director and facilitator of Seeking Educational Equity and Diversity (SEED), said he believes that society has made strides toward equality, but they are yet to be enough. The Currents survey found that 79% of students do not think both men and women are treated equally today.

“Until women feel as though they can walk into any space and demand the same kind of respect and the same kind of pay; until women do not feel like they have to choose between family and career; until they feel safe in the system to talk about ways they’ve been victimized; until we don’t need a Me Too movement, I would say feminism needs to continue to raise that awareness and to fight against those injustices,” Ballard said.

At the end of the feminist portion of her literary theory course, Goodman said students often come up to her to tell her how their understanding of the movement has changed.

“I’ve had students say, ‘Wow, you know, that’s a really different notion of feminism [than I had]. I always thought feminists were people who hated men,’” Goodman said.

Feminism is not about undercutting men but about gender equality for all. Goodman said she believes that most of the misconceptions stem from people who think women are denying female biological roles as part of the movement.

“I think that’s not accurate at all,” Goodman said. “It’s much more about culture and attitudes than it is about biology.”

Political Science Professor Candice Ortbals said many people often confuse feminism with wanting the progress of women over that of men.

“A lot of times people don’t want to think that you’re giving sort of a bump up to a certain group and that somehow, maybe that imbalances that equal playing field,” Ortbals said.

As a feminist, Buffaloe said she doesn’t believe that women are above men, but she opposes the patriarchy that she believes society’s social systems operate under. Sometimes, others perceive her as “loud and angry.”

“I am a loud woman,” Buffaloe said. “I am an angry woman. Sometimes, I have had to sacrifice those parts of myself to appear more socially acceptable to other people.”

Though she recognizes the stereotypes associated with feminism, Buffaloe said she ultimately believes that she should not have to change who she is to appease others.

“I just wish [feminism] had a better reputation,” Buffaloe said. “But, it’s not the job of feminists to change that reputation. It’s the job of society to make a space for feminism as something that is respected and not just annoying.” 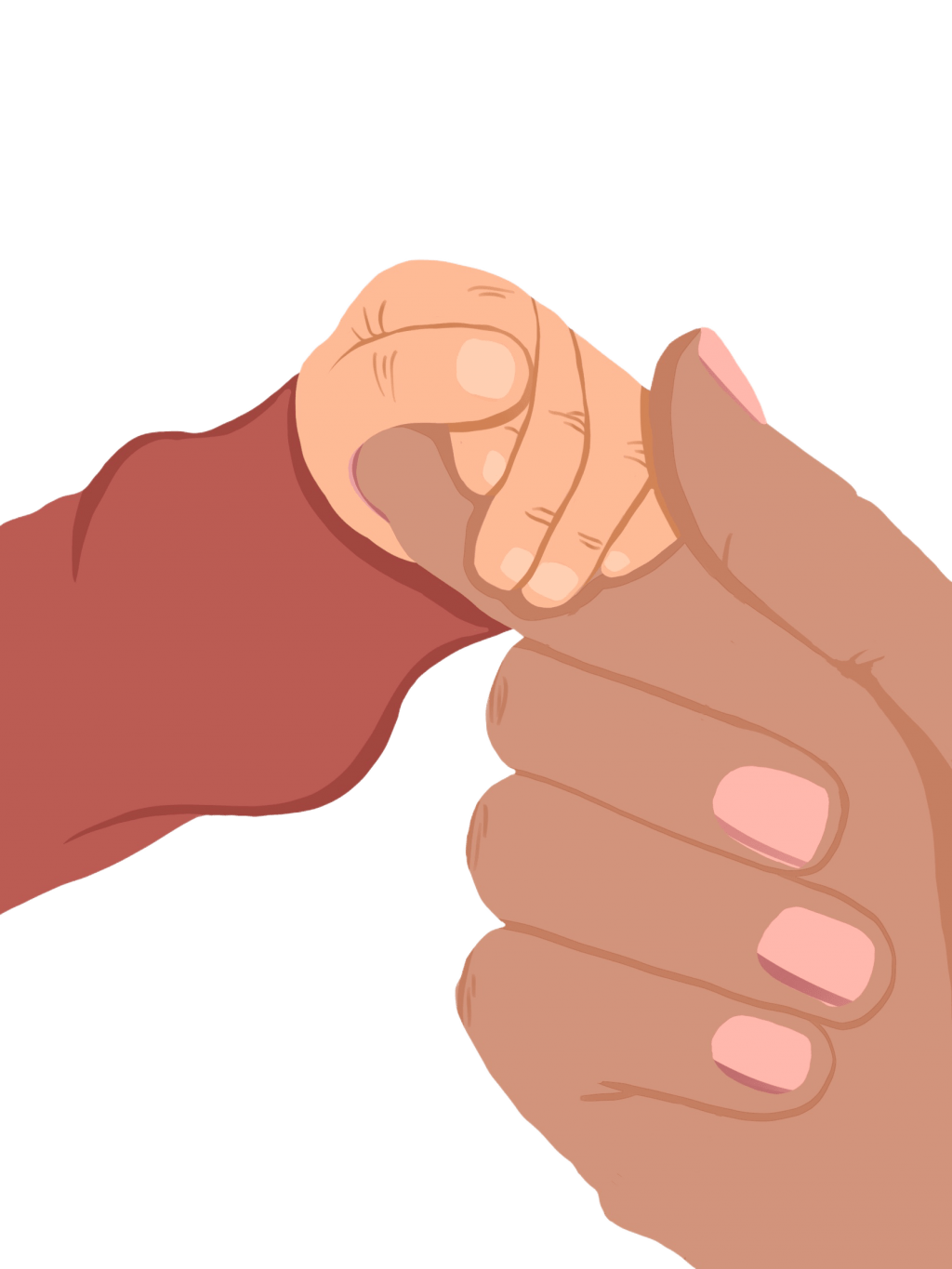 Junior sociology major Nalani Kaai grew up in a single-parent household with her mother, who tirelessly worked multiple jobs to provide a better education for her children.

Kaai said she first understood the importance of feminism in her life when her boss spoke disrespectfully to her at work. Her boss blamed every mistake on how she grew up without a father figure and suggested that she never received adequate discipline.

That moment taught her that people should not make assumptions about others because of their gender.

“There’s nothing wrong with being a strong, powerful woman and being able to provide for your family,” Kaai said.

Feminism advocates for the equality between genders, meaning gender roles are fluid.

In today’s American culture, men are expected to be strong and to suppress their emotions, Goodman said.

Intersectionality is the overlapping of different forms of discrimination and their effects. Intersectional feminism aims to highlight the different factors that are considered in one’s experience of being a woman, including race, gender, sexual orientation, socioeconomic status, nationality and disability.

Fujita Montes said she was referring to Black Lives Matter not being invited to participate in the Women’s March this year, as the LAist reported.

“I feel like that’s a really good example of how much work within feminism needs to be done,” Fujita Montes said.

Intersectional feminism aims to advocate for equality and does not exclude anyone. 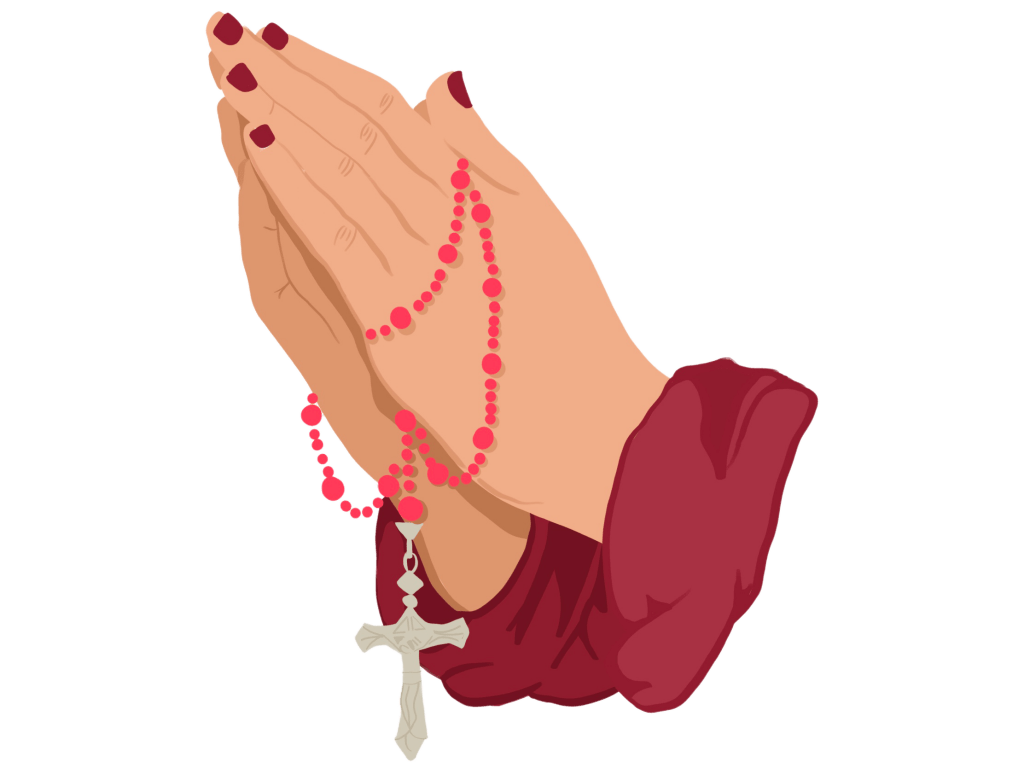 The role of faith

For some, religion plays a role in how they define feminism.

Frye said she is a person of faith who tries to walk in the Spirit every day, modeling her life after Jesus.

“I think Jesus was a feminist,” Frye said. “To me, this is not a radical term. [Feminism] is just wanting everyone to be treated fairly and equally.”

Frye said she believes that “loving your neighbor as yourself” is a Christian teaching that suggests one should love one’s neighbor, regardless of who one’s neighbor happens to be in terms of gender or race.

“You can think of feminism as just [loving your neighbor as yourself] but also as a way to combat misperceptions [about feminism],” Frye said. “I think if we all remember that, then most of these issues would be able to work themselves out.”

To Frye, feminism is not radical.

“It’s not ever something that I think I just woke up and consciously chose,” Frye said. “It just always seemed like if you’re truly trying to pursue Christ, this is just sort of where you land and just becomes something that’s very important to you.”

Letter From the Editor | Currents Spring 2020 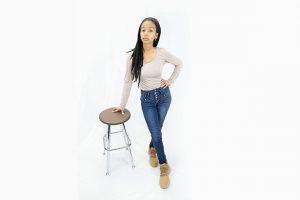