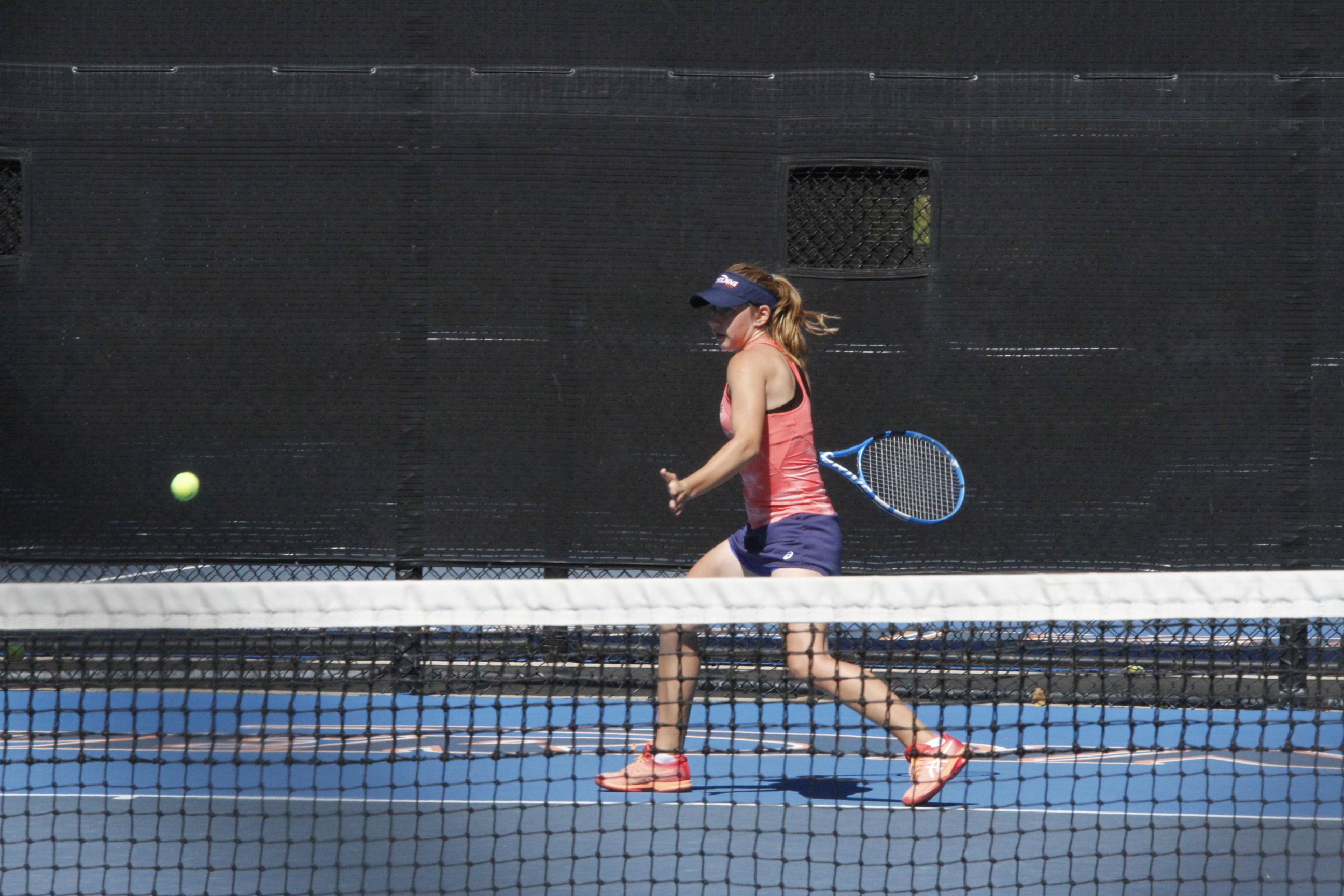 The No. 7 nationally-ranked Women’s Tennis team welcomed a new international hopeful to their roster at the beginning of Spring 2019 semester. Daria Kuczer is the latest addition to the team, coming to Malibu from Poland.

“Sports came into my life naturally,” said Kuczer, who was born to an athletic family.

Kuczer said she was heavily influenced by her father, a former polish professional soccer player, and her older brother, a former Division 1 tennis player at Southern Methodist University in Texas. She said her brother helped her a lot with her post-high school plans.

Picking up the racket at the age of three, she said she began to enjoy playing tennis so much that when she tried to search for a passion in other sports, she always came back to tennis.

With four national titles under her belt and as the No. 1 ranked player in three age categories in Poland, Kuczer said her decision to play for Pepperdine primarily came from her brother’s advice. She said, however, she was initially very hesitant to do so.

“I always wanted to go abroad after high school but for financial circumstances, I wasn’t sure,” said Kuczer, who was willing to pursue her tennis career in Poland.

While suffering from an injury that kept her out of the sport for almost two months, however, Kuczer said she turned to her brother whom advised her to play tennis in America.

Ultimately, she narrowed her options down to two schools: Pepperdine and the University of Texas. The final deciding factors came down to Pepperdine’s scholarship and its academic prestige.

Transitioning into college seemed difficult since Kuczer said she felt lonely at first. As a spring admit student, she said she barely had time to settle down into the new environment because classes, matches and a lot of other things happened as soon as she arrived in Malibu.

However, her slight feelings of isolation eased off immediately after meeting her teammates.

Back in Poland, in a small town called Szczecin, she said her training group consisted of many boys and just her. Because she had never trained with female athletes back home, she said she originally had mixed feelings.

However, her teammates supported her fit into a new environment. The 19-year old said, “I’m in a team and there are girls on the court!” Since they spend most of the times together throughout the day, she said she has naturally grown closer to everyone on the team.

“Even if I have a tough day at school, they motivate me and I didn’t have that kind of support back then,” Kuczer said.

Kuczer said she loves and is motivated by the new team atmosphere as she said, “Now I am not working for myself, but for them.”

Kuczer said her life in Malibu is very stimulating both athletically and academically. In the past, she said tennis was her only priority, but now things are starting to change.

“In Poland, you cannot balance tennis and school so I am happy to be here,” said Kuczer. She is yet to declare a major and is looking forward to exploring where her intellectual curiosity lies.

With the end of the season just around the corner, her aim for the remainder of the season is to win the WCC Championships as well as the NCAA Championships. Just as the other two international freshmen, her post-collegiate goal is to play as a professional.

“Being No. 1 in the world with many grand slam titles would be nice,” she said.

Kuczer is heading into the rest of the season with a positive outlook.