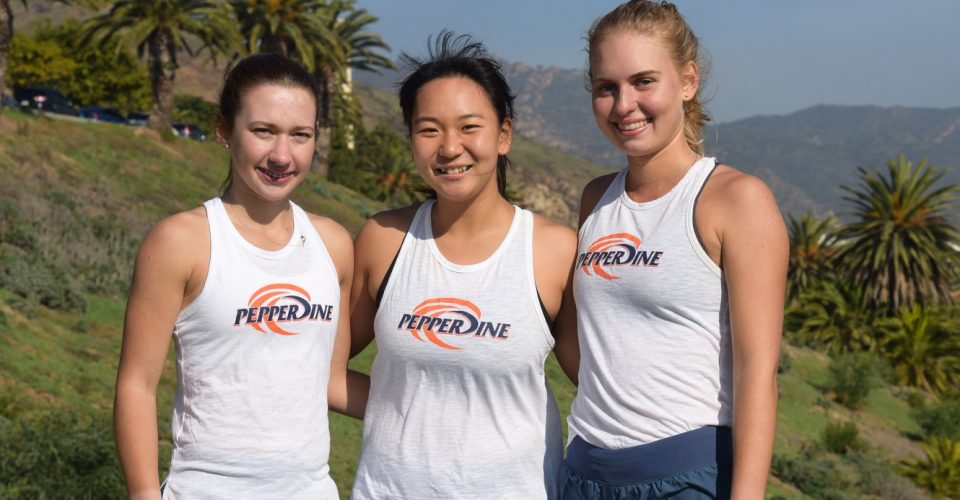 The Waves Women’s Tennis team, ranked No. 7 in the nation, added three freshmen to their roster this year: Anastasia Iamachkine, Daria Kuczer and Satsuki Takamura are the newest additions to the team, coming to Malibu from Peru, Poland and Japan respectively.

Both Iamachkine and Takamura said they had no hesitation committing to Pepperdine. Since Iamachkine’s brother, a class of 2018 graduate Pedro Iamachkine, was on the Men’s Tennis team, she said she knew Pepperdine had a world-class tennis program.

“I knew the coaches before and they were so nice,” Iamachkine said.

Takamura, on the other hand, said she received several offers from schools nationwide, including the University of Florida. Takamura said she made her decision, just like Iamachkine, based on the program’s prestige.

Iamachkine joined the team in Fall 2018, while Takamura became a Wave five months later. Although the two had no prior interactions, Takamura and Iamachkine said they became friends instantly, perhaps due to their similar international backgrounds and experiences.

Iamachkine came from Peru, but her parents are both Russians. She is able to converse in three different languages — Spanish, Russian and English. Similarly, Takamura spent the past six years training in Serbia, and is able to speak the language.

Takamura says her teammates helped her to feel more welcome. She said not only did Iamachkine provide advice on court, she also assisted Takamura adapt to her new environment.

“We see each other every single day. We are a team, and we are a family,” Iamachkine said.

Although tennis is a priority for both, they both said they consider academics as equally important. For high school, they both attended online-based high schools to focus on training. The change in the lifestyle and environment however, does not stop the duo from successfully balancing between the two.

Despite finding some classes challenging, the bilingual Takamura said she enjoys her classes and considers them a perfect opportunity to practice her third language, English. Iamachkine, who has prior experiences in business, said she wishes to develop and expand her entrepreneurship through classes.

“I always try to find time to do homework and it’s hard but playing tennis actually motivates me to study harder,” Takamura said.

The two talented athletes said they have the same goals for their NCAA and post collegiate career.

“I want to win the NCAA championships with my team and individually,” said Iamachkine, who was ranked No. 77 in the world as a junior. “As a team, we want to be ranked No. 1 in the country. We are No. 7 right now but we can make it!”

Both players are determined to turn pro as Takamura is glad that she and her teammates have the same goal of competing as professionals in the future, and believes that training alongside such motivated athletes would push her to work hard on a daily basis.

“After graduating, I want to go pro and represent Japan,” Takamura said.

Having qualified for 2019 ITA Division 1 National Women’s Team Indoor Championships, which will be held on Feb. 8 through 11 at the University of Washington, Iamachkine and Takamura emphasized the importance of support from the Pepperdine community. They both expressed a desire for more people to “come to our matches and support.”

Kuczer, a two times European junior bronze medalist and three times Polish age group champion according to her online Pepperdine athletics profile, could not be reached for an interview.

The women’s tennis team plays against the University of California, Berkeley on the home court, Ralphs-Straus Tennis Center, Saturday. This will be their last match before flying out to Seattle for National Indoor Championships. 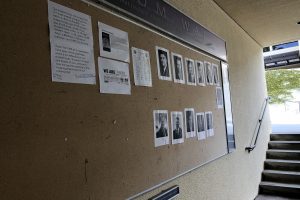 Photos by Madison Nichols As Pepperdine awaits the upcoming announcement of the university’s 8th president, search committee...
Copyright 2018 Pepperdine Graphic
Back to top