DACA Students Are the Future, Not Political Leverage 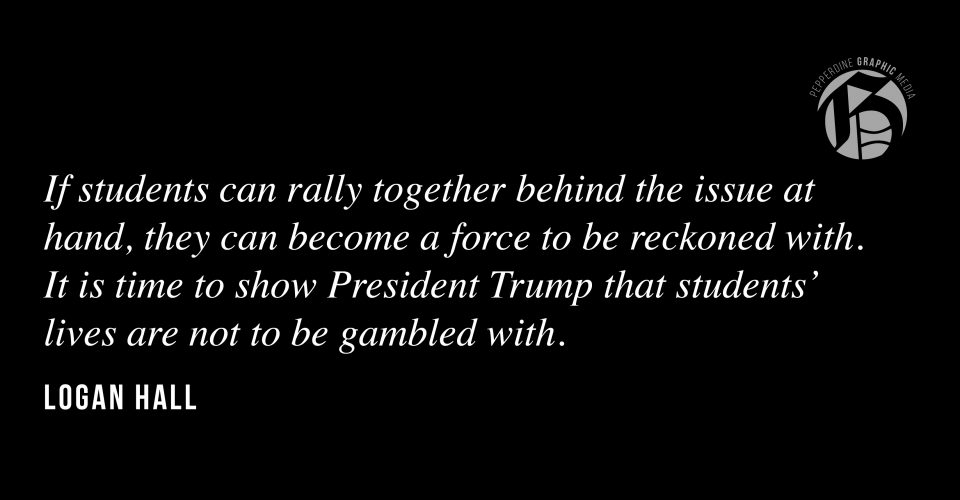 In the ongoing immigration reform negotiations, President Donald J. Trump is using the 800,000 Dreamers protected under the Deferred Action for Childhood Arrivals program as leverage to get Democrats to agree to fund his wall.

“We want the wall,” President Trump said in his press conference at Camp David last Saturday. “The wall is going to happen, or we’re not going to have DACA.”

There are 74.6 million students in America from kindergarten through 12th grade and 20 million more in college, according to the National Center for Educational Statistics. If students can rally together behind the issue at hand, they can become a force to be reckoned with. It is time to show President Trump that students’ lives are not to be gambled with.

The nonpartisan Migration Policy Institute estimates that if action is not taken, 915 young people will lose protection from deportation each day. Each day, 915 people, who are living the only life they have ever known, are going to face life-changing consequences. Their dreams and ambitions are no different than any other student’s, yet their ability to achieve those goals is being dangled above their heads.

On the 2016 campaign trail, then candidate Trump crafted his message around fear of immigrants and the absurd promise that he would build a border wall and make Mexico pay for it. After a year in office, President Trump might actually get his wall, but now the financial burden falls on taxpayers, making the deal an even harder sell to Democrats.

The problem here is that it is not the 800,000 lives at risk of deportation that are the bottom line, it instead comes down to President Trump and his desire to deliver on a campaign promise gone awry. He is in trouble, afraid that his base will write him off as just another politician who said something he did not mean. He has tried and failed time and time again to find other solutions to this problem, and now he is realizing that playing the DACA card may be his best bet; it just also happens to be the most immoral and dehumanizing.

What the president needs to realize is that the art of the deal needs to change because the circumstances have all changed. This is not Manhattan real estate, and these are not land development negotiations. This is not about winning or losing, this is about affecting real change in real people’s lives.

President Trump needs this, and his tactics are all too telling of how much his effectiveness as a president relies on this wall. These are the negotiations of a president trying to survive the year and in desperate need of a win.

Students have a moral responsibility to stand up for their colleagues. There are many paths through which students can raise their voices. They can call their senators, or congressmen and congresswomen. They can donate to a scholarship fund or post on social media. The point is to be willing to do something to make your point. If students can just stand up and all raise their voices, they can show the White House that if you mess with one of them, you mess with all of them.

An attack on their hopes and dreams is an attack on all students’ collective future both morally and economically. According to the Economic Policy Institute, immigrants make up nearly 15 percent of the United States economy but are highly overrepresented in low-wage occupations.

By putting an end to a program that helps send immigrant students to college, the White House is missing out on a perfect chance to change those statistics for the better and secure a stronger economy for the future. Programs like DACA are designed not only to put these young people on a path to citizenship but to break down economic barriers and create a more diverse and fair economy by ensuring that these students have equal access to higher education. Students are all in this together, and it is long overdue that they send the message to the White House that students are the future, not political leverage. 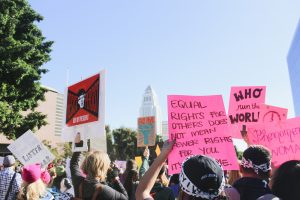