For more than 50 years, the Pepperdine rugby team has been known for being one of the oldest clubs in the University’s history. A four-year-starter and a current MBA student James Conole has lead the team to recent success. Yet, Conole isn’t all about hurdling, breaking tackles or racking up points for the Waves. There is more to this player than his fierce stature, his ability to pound the ball up the pitch or even his intrepid behavior in the face of colossal opponents. 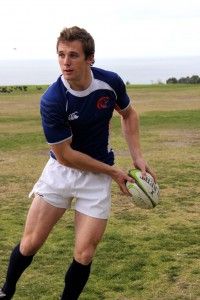 Conole grew up in San Marcos, Calif., where rugby was the last thing on his mind. During his freshman year at Escondido High School, he tried out for the football team, which soon became a passion. It wasn’t until Conole came to Pepperdine that he stumbled upon the possibility of switching to rugby.

“I was practically peer-pressured into trying out for the rugby team at the time by my friends,” says the 6-foot, 200-pound inside center.

“Of course I had heard of the sport, but never saw myself playing it. Easily turned out to be one of the best decisions I’ve made during my time at Pepperdine.”

Conole comes from what he described as a very loving and tight-knit family where he is the oldest of four: one brother and two younger sisters. At a young age, he saw his father traveling around as a preacher from church to church, aiming to bring stability and meaning to hundreds of peoples’ lives. However, this left Conole’s mother as a stay-at-home mom. 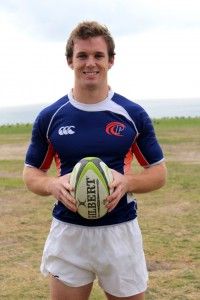 Since he wasn’t able to spend as much time with his family, Conole’s father stepped away from preaching, started his own business and soon found himself enriched within a close family. These sacrifices, ideals and values lived out by his father are what Conole tries to incorporate in his own manner.

“There is no doubt that my dad is my biggest role model. Everything he did and does is something I can look up to.” Conole admits that this became much more apparent when he left for college. “I never really realized how much of an influence he was until I came to Pepperdine. His unspeakable integrity and hard work ethic are things I try to incorporate with anything I do.”

James’ father, Kirk Conole, is an avid fan of his son’s athleticism, making Saturday trips from San Diego as often as possible to see James play. “Life requires work ethic, commitment, stamina, maturity and honest hard work. James instills all these qualities in the classroom and on the pitch,” Mr. Conole said about his son.

“More than anything else, I like to watch him play. James is one of the cleanest and hardest hitters so its fun to watch him tackle or level someone cleanly. It portrays all the work he has put in the past few years,” he added.
James’s accomplishments from high school to Pepperdine, from the football field to the rugby pitch have made his parents proud.

“Everything he does on the field and on the sidelines makes his parents look good. His whole attitude illustrates how you win in life. Let’s just say James is one of those kids that I’d want my own son to be friends with,” his father said.

Conole, however attributes the team’s recent success to the players commitment over the years.

Conole said he realizes the impact the veteran players can have on the club. ” 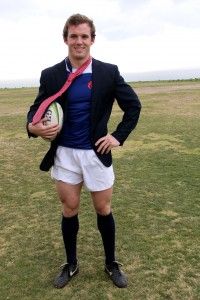 Conole plans to make his last season on the rugby team the best possible and he believes the club has all the necessary tools to do so.

Last year, the Waves went 15-3-1 in the highly competitive Division II of the Southern California Rugby Football Union (SCRFU). On the team’ quest to the National Championship, it was crowned SCRFU Champions in its division, a No. 16 national ranking, and a birth to the Elite eight in the U.S. Rugby (USARFU) Collegiate National Championships. Beating Rice University in last year’s playoffs, a national contender, was a major highlight for the Waves. Even though they lost in the second round, the team has high expectations for the upcoming spring season.

Conole has been one of the established captains and leaders of the team for the last three years. Last season he was tied for the most tries, seven, which is much like a touchdown in football.

Conole had countless stories and memories of all his teammates but when asked about some standout players, he highlighted Dalton Egger. “Dalton is probably the best all-around player. He is always at practice, always working hard and always trying to get better.
The realization that his last season is on the horizon fuels Conole for the upcoming spring season. “Knowing that this is my last year playing rugby for Pepperdine makes me pretty sad. I’ve had so much fun over the years playing and words can’t describe how great all these guys are.”

Thus far, the Waves are 0-1-1 in league play, losing a close game to UCSD and tying with Cal State Fullerton. Next Saturday, they look forward to the task of taking on Cal State Long Beach.

This April will mark Conole’s completion of the prestigious 5 year MBA program. After interning for Seaside Wealth Management in Carlsbad this past summer, James looks forward to starting his financial advising career at the same company. Not before finishing up his last season with the Rugby Club.

“I am going to come out playing hard every game and do all I can to help us win and hopefully our hard work will lead us to a championship. It’ll be my last time doing playing so I have to make the most of it.

The baseball team opens its 73rd season, led by Head Coach Steve Rodriguez who is looking to learn and grow from the past...
Copyright 2013 Jupiter Premium Magazine Theme
Back to top