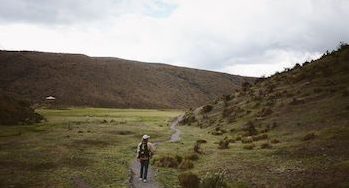 Psi Upsilon fraternity is working with Pepperdine to create a scholarship in honor of Cameron Johnson who passed away in January in Ecuador while traveling during winter break from Pepperdine’s Buenos Aires international program.

The fraternity is working to raise $100,000 to endow a scholarship in Johnson’s honor. Their campaign to fundraise for the scholarship publicly launched Monday, Nov. 14.

“We have been so touched by the staff, faculty and students at Pepperdine that ultimately we hope that the scholarship will help others have the experience that Cameron has had, and become part of the family that’s there,” said Robert Johnson, Cameron’s father.

Psi Upsilon is coordinating “A Week For Cam” that will be held this week. Each student is encouraged to donate at least $5 to the scholarship, Assistant Director of Programs, Pepperdine Fund Laura Fehlbaum said. 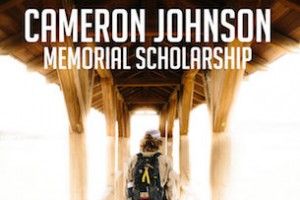 Psi Upsilon President Stuart Slayton said the fraternity has been talking about the three stages of death. The first is when you die. The second is when you are buried and the third is when your name is spoken for the last time, Slayton said.

“We’re trying to make sure that this scholarship is a way to prevent that third stage from happening for Cam,” Slayton said.

The Johnsons said they will speak to some of Cameron’s friends while they are at Pepperdine this week to help them decide on some of the criteria for the scholarship.

“We did not know much about Pepperdine when Cameron was accepted; we didn’t know it was a Christian school,” Robert Johnson said. “We went there to drop him off and after spending three days there, we left there so proud of the decision he made and the family he joined.”

The Johnsons said they hope the scholarship will benefit a student who would have a hard time affording Pepperdine’s tuition.

Robert Johnson said the criteria for the scholarship will be based on some of Cameron Johnson’s passions.

“His bilingualism opened up many doors for him, so that might be something that we look at,” Robert Johnson said. “He has a passion for math; he was really talented at math.”

Robert Johnson also said he and his wife have also been thinking about all the fun times Cameron had while studying abroad.

Robert Johnson said Cameron was someone who had a great sense of humor, and love for people. He said Cameron faced his fears straight on.

“You would never know that he was afraid of heights or being in strange places by the way that he would just go and travel the world,” Robert Johnson said.

Slayton said Cameron Johnson was someone who was always able to make people feel comfortable.

“He was a person of such deep and genuine compassion for people,” Slayton said. “He was able to really cut through all the layers everyone puts up and get to the heart of the person; Cam really brought out the true person.”

Slayton said Cameron Johnson was someone who he looked up to. He said Johnson had a “lively enthusiasm that radiated into any room he entered.”

“He was so intelligent and witty and loving all at the same time that it was impossible for a room to be cold, quiet or still when he was around,” Slayton said.

Donations to the Cameron Johnson Memorial Scholarship can be made at impact.pepperdine.edu/forcam 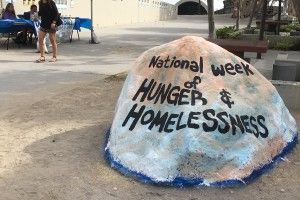 Photo by Cassandra Stephenson This year, Pepperdine is partnering with the national Hunger and Homelessness Awareness...
Copyright 2018 Pepperdine Graphic
Back to top