Proposition 57: Would increase parole chances for felons convicted of nonviolent crimes and give them more opportunities to earn credits for good behavior. Would allow judges, not prosecutors, to decide whether to try certain juveniles as adults in court.

Proposition 58: Would no longer require English-only education for English learners. Schools would be allowed to utilize multiple programs, including bilingual education. In bilingual programs, students would learn from teachers who speak both their native language and English.

Proposition 61: Would forbid state agencies to enter into any purchasing agreement with drug manufacturers unless the net cost of the drug is the same or less than that paid by the U.S. Department of Veterans Affairs. The measure would apply in any case in which the state ultimately provides funding for the purchase of drugs, even if the drugs are not purchased directly by a government agency.

Proposition 62: Would repeal the state death penalty and replace the maximum punishment for murder with life in prison without possibility of parole. It would also apply retroactively to those already sentenced to death.

Proposition 63: Would require individuals who wish to purchase ammunition to first obtain a permit. Dealers would be required to check this permit before selling ammunition. The measure would eliminate several exemptions to the large-capacity magazines ban and increase the penalty for possessing them.

Proposition 64: Would allow adults aged 21 years old or older to possess and use marijuana for recreational purposes. The measure would create two new taxes, one levied on cultivation and the other on retail price. Revenue from the taxes would be spent on drug research, treatment, and enforcement, health and safety grants addressing marijuana, youth programs and preventing environmental damage resulting from illegal marijuana production. 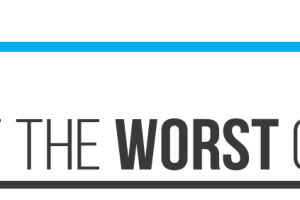 Graphic by Nate Barton Donald Trump (Republican) “He’s not a war hero. He’s a war hero because he was captured....
Copyright 2013 Jupiter Premium Magazine Theme
Back to top