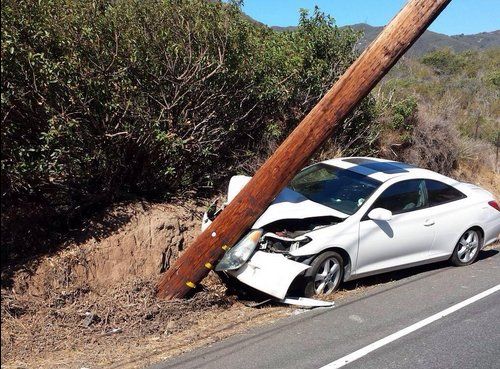 Several traffic signals were out along PCH including Crosscreek, Webb Way, Malibu Pier and the 22600 block as a result of the accident. They have since been repaired. Major traffic delays are expected and drivers are being instructed to avoid the area.

The driver is believed to have minor injuries and there were no fatalities, according to the Malibu/Lost Hills Sheriff’s station.

Edison and Caltrans are working on restoring power and replacing the downed power line. Southern California Edison’s first response team has completed initial repairs, however repairs may be delayed due to additional SCE personnel being needed.