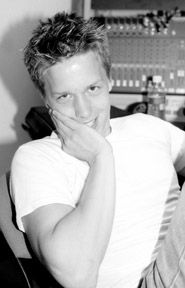 Nick Bundra is driven by his passion to serve God while utilizing his talents in unusual ways.

Anyone who has played pool at the HAWC, studied in the Writing Center, worshiped on Tuesday nights at Malibu Presbyterian Church, listened to Pepperdine’s radio station, watched Riptide TV or been to any SGA activity has probably been affected by Bundra.

Although Bundra does these things with the ultimate goal of a career in entertainment or public speaking, he will only continue to strive for that goal under one condition.

“I want to serve Christ in whatever I do,” Bundra said. “If I am serving him, he can call me anywhere at any time. I would rather spend a day serving Christ by doing menial tasks than a lifetime without him as a performer.”

Being in charge of the road trip for Project Serve has fulfilled Bundra’s desire to serve God in unconventional ways.

“I think it is great that we have the flexibility to do random acts of kindness on the trip,” Bundra said.

The itinerary for the trip is to leave Pepperdine at midnight Friday and return to Pepperdine Wednesday night. Their route includes service in Phoenix, Albuquerque, N.M., the four corners, Las Vegas and Los Angeles.

The group has the freedom to help stranded motorists, give homeless people free meals or anything else they desire. Overall, their mission is to let people know that they are important and have a purpose for their lives.

Along with the road trip, Bundra has a chance to be “random” every other week when he hosts Riptide TV. He also produces and stars in several of the segments.  He says he loves the freedom the show allows such as painting his body with school colors for the Gonzaga game or running into portable potties.

One of his favorite episodes involves him and his twin brother, Ryan, running down Third Street in their boxers. In the scene the two of them and several friends are chasing girls who acted as if they stole the boys’ clothes.

“After we finished shooting this scene, Ryan had the idea of walking down the street to see what type of reaction we might get,” Bundra said.

The Bundras attracted attention by posing as models in Abercrombie & Fitch, being thrown out of Subway for camera use, interviewing shocked pedestrians and dancing with street performers.

“God created man naked, and although I wouldn’t streak, there is nothing more thrilling than running down the street in your undergarments pretending you are a Banshee in a loin cloth,“ Bundra said.

The Bundra twins are involved in more than just Riptide TV together. They have hosted events such as “Singled Out,” have been involved in SGA and counseling at a junior high youth group, are members of the University Ministries prayer team at Malibu Presbyterian Church and a Bible study, have two classes together and took third place in Kappa Kappa Gamma’s philanthropy event, Kappa King, last year.

“We push each other to succeed,” Bundra said. “We expect 100 percent effort and dedication from each other — and will accept no less.”

Being two of eight children in the Bundra family, and one of two sets of twins, there is never a dull moment in the Bundra household, Nick Bundra said.

My 8-year-old brother Frankie is hilarious,” Bundra said. “He calls himself a ladies man, and in his free time, he stands on the wall in our backyard and preaches to cars that pass by. I want to be like him when I grow up.”

Not only is his family entertaining — it is also a spiritual stronghold, Bundra says.

“Both my mom and dad are amazing Christians,” Bundra said. “They have taught me to rely on God in good and bad times.”

When speaking of his greatest spiritual influence, though, Bundra speaks of his mother.

“My mom is the most amazing person I have ever met,” Bundra said. “It is hard for me to show her how much I love her at times, but I respect and appreciate her immensely. Everything I do is a tribute to her consistent, humble, godly presence and the way it has shaped me.”

Last movie he has watched:
“A Few Good Men.”

When he has time on his hands:
Reads his Bible, goes cliff jumping, takes road trips, goes to punk shows, exercises and masticates food.

Favorite hairstyle:
Whatever way his mom cuts it.

Most embarrassing moment:
“The two seconds I was flying through the air naked above a pool when I was 10 at a big family get together,” Bundra said. “Thanks Dad. I love you.”

Favorite prank he has played:
Taping Nick Sheldon up and throwing him in the shower.

Inspirational scripture:
“Then they called them in again and commanded them not to speak or teach at all in the name of Jesus. But Peter and John replied, ‘Judge for  yourselves whether it is right in God’s sight to obey you rather than God. For we cannot help speaking about what we have seen and heard.’” — Acts 4:18- 20.

Looking for a little leg room

Looking for a little leg room

With a weekend sweep of Portland and Gonzaga, the Waves moved into sole possession of first place in the WCC.By Erica SigmanSports...
Copyright 2013 Jupiter Premium Magazine Theme
Back to top