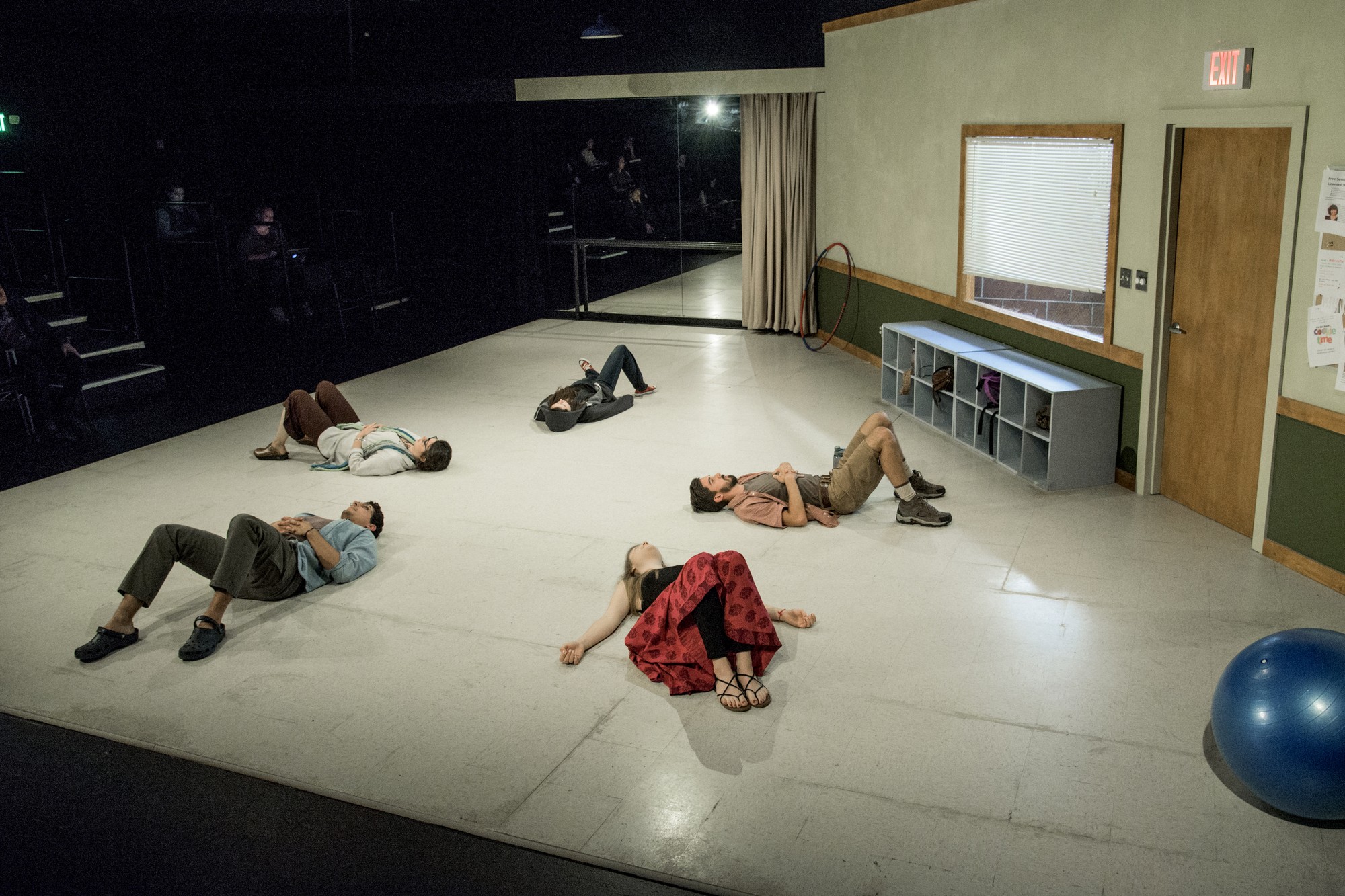 How much drama could one community theater class possibly have?

Pepperdine theater returned for the 2017-2018 season, beginning with the drama “Circle Mirror Transformation,” a contemporary piece written by Annie Baker and directed by Pepperdine’s Hollace Starr.

The show ran from Oct. 3 to Oct. 7 in Lindhurst Theater and followed four students and their enthusiastic teacher, Marty, throughout the course of a six-week drama class. Their own personal struggles arose throughout the experience. The students all faced their own personal insecurities and fears through the series of acting exercises which portrayed the majority of the show. The story revealed not only the characters’ inner turmoil, but the raw and powerful moments that lay under the surface of all that goes into creating and performing art.

The show incorporated many personal attributes for both audience and cast.

The performance captured each individual in their own journey, seen only through the small snapshots of their time within the drama class. The show gave hints to the larger dilemmas at work and the tensions brewing through the use of several acting exercises.

The cast reflected on their experiences regarding the one-month rehearsal process.

“We only had a month to really capture the story and tell it in its most honest form,” senior Sarah Barney, who plays Marty, said. “I think that’s why I liked it so much.”

The short amount of time to rehearse was parallel to the time the character’s all spent together in the duration of the show, which helped bring realistic insecurities into the story.

“We really, really had to trust our director, Hollace,” Will Craig, who plays Shultz, said. “I think that was vital in this short process, trusting her. Everyone has to be committed. We have to listen and be open to each other, anything that comes up.”

As the first show of the season, the plot itself was about more than just bringing an audience to the theater. It reflected the legitimate fears and challenges everyone, from actor to accountant, faces.

“A lot of the show is about [the characters wanting to be] seen,” Christopher Bozzini, playing James, said.

The characters are not meant to be perfect. The story portrays their growth and troubles, and the cast created an engaging story through them as they all face reality and their own shortcomings.

“And then, on top of that, living with it,” Craig said. “Recognizing it, seeing it, and then having to cope with it.”

Tickets for students are $10 and can be purchased online and at the Pepperdine box office in Smothers Theatre on campus.