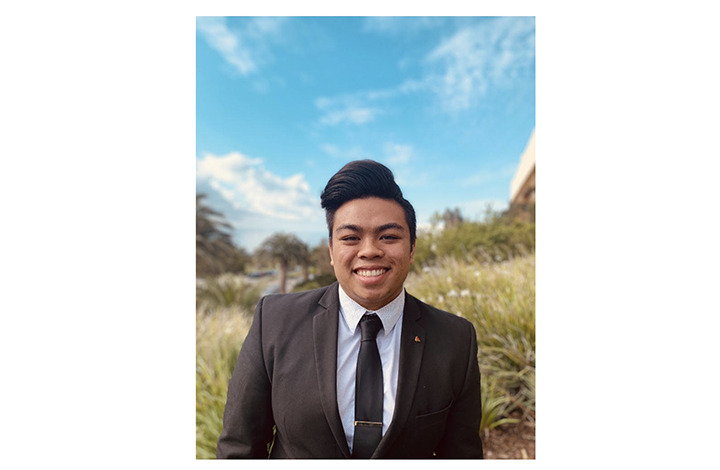 SGA appointed Junior Christian Abad as their director of diversity and inclusion on Oct. 9. Abad is the first student to hold this office, a new position offered by SGA for the 2019 school year.

SGA leadership said they felt a need for this position after discussions with the student body, members of Intercultural Affairs (ICA) as well as the University Diversity Committee. The main role of the director of diversity and inclusion will be to be an intermediary between the student body and the school’s organizations that focus on diversity, SGA leaders said.

“We are forming a position for a director of diversity and inclusion because in the past, students have expressed a desire for SGA to connect directly with the Intercultural Affairs (ICA) Office,” SGA President Meredith McCune wrote in an email.

McCune wrote that the new position is a result of student voices reaching out to SGA.

“Students have expressed a need for greater transparency and communication between many different types of students and their student representatives on SGA,” McCune wrote. “We envision the director of diversity and inclusion to provide a crucial perspective from underrepresented groups at senate meetings and support SGA members to make policies with an inclusion mindset.”

Abad has taken several classes offered by the Intercultural Affairs office. He said he is particularly passionate about how cultural acceptance can lead to a better-functioning workplace and college environment.

“[One of the things I learned] from these classes is that you can see in businesses, 35% of people do better when they’re understanding of each other’s backgrounds and races, whether it’s socio-economic or religious or racial.” Abad said. “It really matters a lot.”

SGA’s Vice President of Administration Natalia Escobedo said another key role for the new position is to be in frequent contact with the University Diversity Committee.

“There’s a senior Diversity Inclusion Committee and also the University Diversity Committee and those are all faculty committees,” Escobedo said. “[The director of diversity and inclusion] will be functioning as a student representative on both of these committees, so that’s a very big deal to have a student voice in the room.”

Abad said he has a few goals in mind for his first year on the job and is particularly looking forward to his work with ICA.

“I want to work closely with ICA because they’re involved with the cultural clubs,” Abad said. “I want to be able to talk with them a lot and see where they’re struggling, or see where [SGA] can help.”

Escobedo said SGA looked for a candidate who would help shift the perspective of leadership.

Abad said one of his main goals for the year is to embrace diversity on campus.

“Appreciating diversity is about using our differences to find a good way to solve specific issues, to grow and to relate back to them,” Abad said. “It’s not attacking a person that you know or don’t know, because people feel emotional toward where they grew up or where they’re from. It’s mostly just about listening.”

Abad said he believes recognition of native peoples from Malibu will be a step in the right direction for the Pepperdine student body.

“Honoring our land, and giving recognition to the Chumash people, who were here before us would be really beneficial,” Abad said.

Abad said he wants to work on closing the gap between student athletes and the rest of the student body.

“There’s always been sort of a divide with athletes and students,” Abad said. “All the athletes work hard and practice hard. I think, especially for things like Blue and Orange Madness, being there for them and supporting them really helps [the student body] become a whole.” 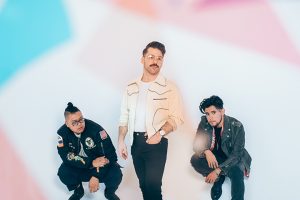