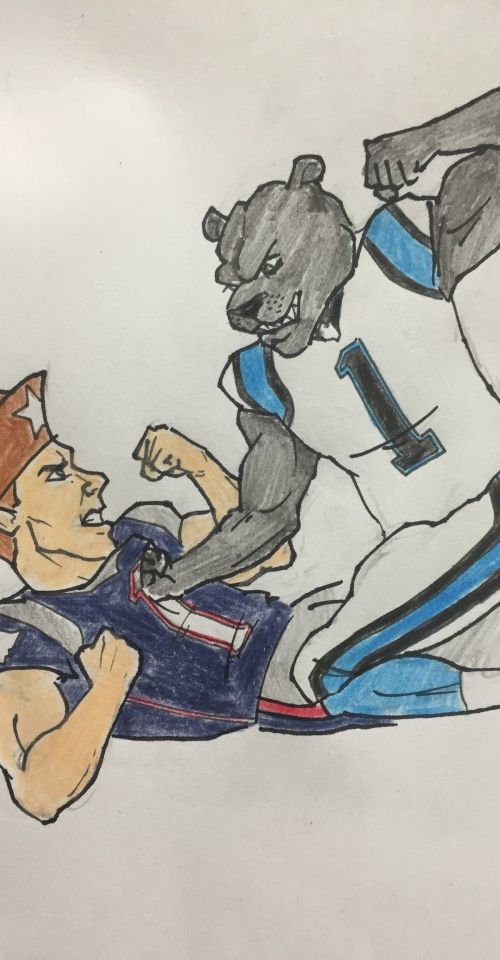 As expected, this year’s NFL playoffs are a full-blown event. You want to know why football is king in terms of TV ratings? These playoff games are perfect proof: Anyone could win against anyone else. Nearly all of these games were either unusual, or exciting or at least perfect for cracking jokes (sorry, Texans fans). Let’s recap the past two weeks, shall we?

Blair Walsh, the Vikings’ kicker, will likely go down in infamy after this week, as he missed a last-second field goal that would have clinched a Minnesota victory. But here’s the issue: those nine points the Vikings scored? That was all Walsh. The Vikings couldn’t score a touchdown all game, and Walsh has no control over that!

Let’s see who is really to blame: Is it superstar RB Adrian Peterson, who only ran for 45 yards despite being the NFL’s leading rusher this year? The young, inexperienced QB Teddy Bridgewater, who couldn’t seem to make any big plays? Or was it the fact that Seattle’s stifling defense made scoring nearly impossible for Minnesota? It’s probably a combination of all three.

This was the one game out of the four that many experts actually believed Washington could win. Me? I rarely bet against Aaron Rodgers, no matter how banged up the rest of his team is. Sure, the Pack isn’t as strong as it used to be, but beating an inexperienced team whose recent string of wins were against weak or mediocre teams? Child’s play.

I love the underdog, folks, so let me say this: Watching the Bengals absolutely self-destruct at the end of this game was incredibly depressing.

I know, I know, NFL history makes it very clear that the Steelers are very clutch, and the Bengals usually choke in the playoffs, but a man can dream, right? Well, apparently not, as a thrilling Bengals fourth-quarter comeback was wasted after a violent penalty directed towards star Steelers receiver Antonio Brown practically guaranteed an easy field goal, and the win, for Pittsburgh.

OK, I have a simple question: How is Brian Hoyer a starting quarterback? For any team, let alone the Texans? I wouldn’t start him on the Van Nuys Pop Warner squad.

Earlier that week, in Foxboro:

Tom Brady: Supreme Overlord! Did you witness the Chiefs’ victory?

Bill Belichick: Yes, servant. Why do you inquire about such insignificant things?

Brady: Well, sire, they look quite formidable, and our forces are wounded. Perhaps we won’t acquire that fifth ring of the Super Bowl.

Belichick: SILENCE, FOOL. I will not humiliate myself in front of human walrus Andy Reid. Come this Saturday, they won’t know what hit them. *laughs maniacally*

Meanwhile, in Kansas City, Andy Reid, Alex Smith and Justin Houston are chowing down on a large beef brisket, unaware of what will come. It’s all good, KC fans, you’re legitimately talented. You’ll be back next year.

Wow. You know, going into this, I figured that the Cards would lay a whooping on Green Bay, but what a game! Granted, Arizona still won, but it was in a much more exciting (and close) manner. I have to say, despite the loss, Aaron Rodgers was perfect. His Hail Mary pass to send the game into overtime was a work of art. Unfortunately, it was all for shame, as Larry Fitzgerald made some incredible plays in overtime to secure a Cardinals win.

The Broncos have this unique strategy to win: Their defense keeps them in the game while old man Peyton Manning and crew struggle to score, until they manage to squeak by in the last five minutes or so. The Steelers just happened to be their latest victim. Probably the least interesting game of the whole playoffs so far.

This was a weird one. At half, the Panthers were leading the Seahawks 31-0, and these teams were supposed to be equally talented. The Seahawks were playing like hot garbage, and the Panthers looked like the ’72 Dolphins. However, Russell Wilson, who looked Brian Hoyer-bad for the first half, all of a sudden turned into football Jesus (aka his normal level of play) for the rest of the game, ending the game with a whopping 366 passing yards, as the Panthers decided to take a nap during the second half. Sadly for the navy and neon, Carolina’s lead was too big to pass, and they simply ran out of time. Still, quite an unusual game, even if the team that should’ve won still hung on.

Listen. I know lots of you may want to see Manning, that ancient hero of lore, end his career with a ring, or at least another Super Bowl appearance. That’s not going to happen. Denver rarely beats New England in the playoffs, and with the Broncos barely squeaking through most games, expect another routine Super Bowl arrival for Brady and company.

This game is going to be an absolute thriller, but when it comes down to the wire, my gut says the Cards are going to end up on top. Sure, Carolina is flashier, but Carson Palmer and Larry Fitzgerald are grizzled vets (who are still elite) that are hungry for their first ring before they retire. Sorry, Cam, you can’t Superman your way past a team with more playoff experience.

So should we expect more chaos in the conference championships and the Super Bowl? Based on how things have gone so far, absolutely. Cherish this, folks. We only have three more weeks of it until September.

Thrill-Seeking Sophomore Goes the Distance at the Grand Canyon 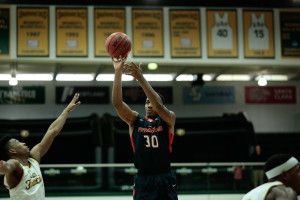