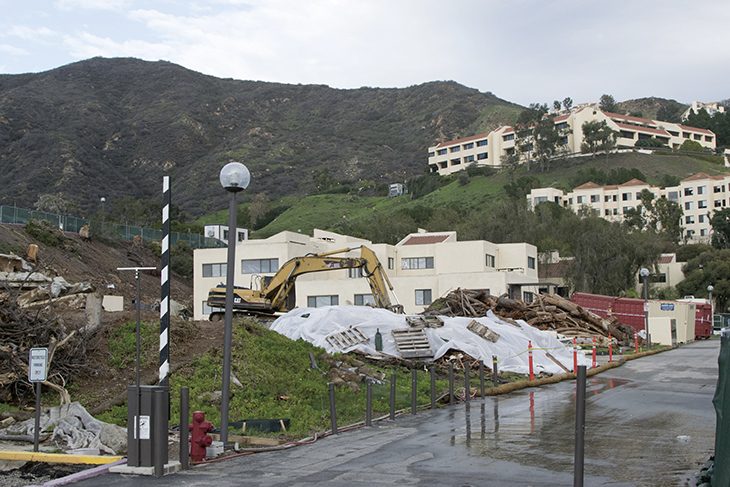 Phillips said progress on the Payson renovation is going well. “It’s on time,” Phillips said. “It’s on budget. The rain has delayed us a little bit but we are still going to deliver on time.”

Phillips said that he had recently met with the vice president of Sodexo to talk about the Starbucks that will be located on the ground floor.

“Sodexo will manage it but through Starbucks contract so the baristas and all are fully trained by Starbucks,” Phillips said. 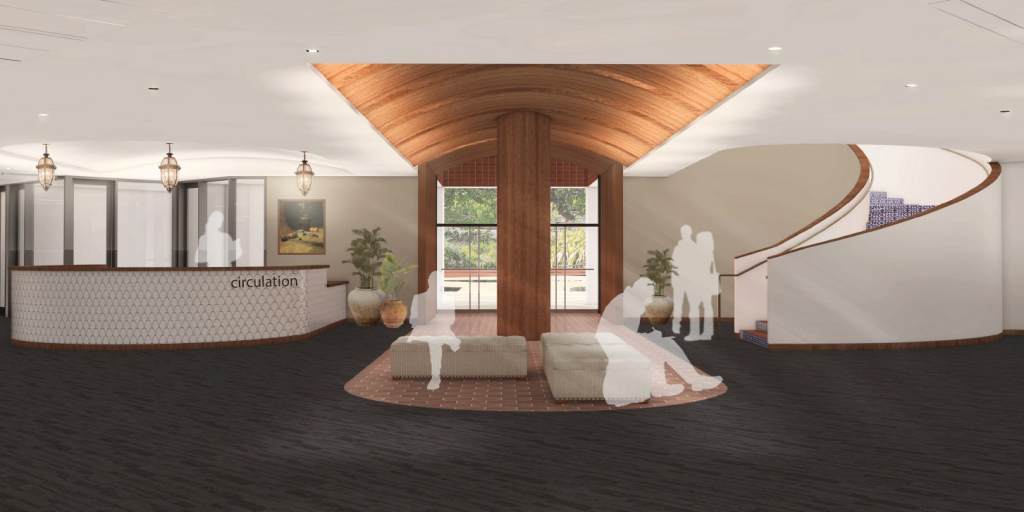 While Payson is under construction, the Calabasas library hub is available as a study location. Taylor elaborated on the motivation for establishing this library hub.

Taylor said that before students began studying for finals last semester, the Calabasas hub hosted between 15 and 40 students and that during the weeks before finals this number increased to more than 100.

This prompted the university to open a second study area on the Calabasas campus that Taylor said is still being used by students.

Phillips said that Taylor has been “instrumental in securing and operating the Calabasas campus.”

Junior Elise Sanchez said that using the Seaver campus library hub has gone very well for her. “I have been pleasantly surprised by how successful Pepperdine has been in still giving me a study space while they do renovations,” Sanchez said.

Phillips also provided an update on the debris basin project. Phillips said the debris basin, located on the north side of the Seaver campus, is a type of large, earthen dam that is used to catch runoff, dirt and water that comes down from the surrounding hills, letting the solid matter and silt to settle in the basin and the water to flow into the storm drain system.

“What we have done is we have basically moved that debris basin back to the North to create a space where we can have a really nice recreation field,” Phillips said. Phillips said this is a long-term project, as the planned area for the recreation field is currently used to store excess soils from current construction projects.

This is also due to the university’s environmental considerations, Phillips said.

“It’s still over a year away until it’s ready to be played on, but we’re excited because it’s going to be so much nicer than that little one that’s up there,” Phillips said. “Ultimately, when that project’s done, it will be bigger than a full-size soccer field.”

Phillips described the construction as being “like an interconnected puzzle.”

Phillips said the 458-bed residence hall under construction where Dewey and Morgan once stood is slated to open in fall 2018.

“That new residence hall is going to be beautiful,” Phillips said. “We were really intentional about how it functions—that’s huge—but it’s also important how it looks and how you feel when you are in it.”

Phillips said that in addition to a common area with a fireplace, kitchen and fitness rooms, the new residence hall will include an outdoor layout that is designed to encourage students to sit and gather.

“[The new residence hall] will have a grass area with a little stage where students can do their own thing,” Phillips said. Students would be able to use this area for coffeehouses and other events.

“I think it’s one of those things where you have anything new it’s exciting but when you have something new and it offers you new opportunities to do things differently on campus, that’s really an exciting thing about new residence halls,” Taylor said. “It’s not just new buildings, it’s new opportunities.”

Renovation of the main atrium and auditorium at the Pepperdine School of Law will begin in May, Philips said. Phillips said that the changes to the Pepperdine School of Law will also will encompass infrastructure updates, including the addition of more women’s restrooms to accommodate the needs of a campus that has seen more modern female enrollment than existed when the building was built in the 1970s.

Taylor said that the renovation will take about a year, opening in fall 2018. 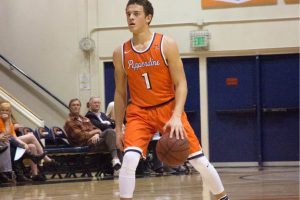 Photo courtesy of Milan LoiaconoThe Waves' basketball team might be struggling this season, but the sliver lining might be the fantastic...
Copyright 2013 Jupiter Premium Magazine Theme
Back to top