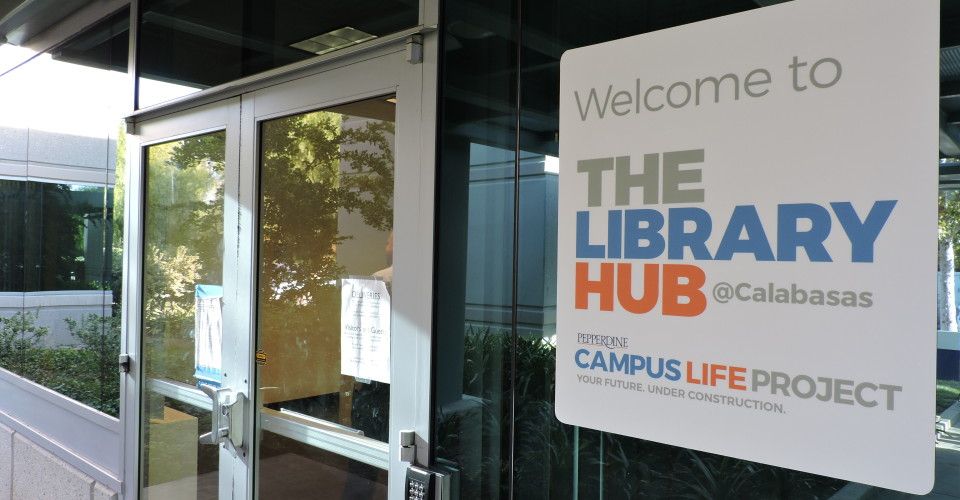 The Pepperdine facility in Calabasas opened a portion of its first floor for use as study space for students Wednesday.

The space now provides study spaces, study carrels, five study rooms, a copier and printer, and librarians for students to use Sundays through Thursdays from 5 p.m. until midnight.

As the Growing Seaver plan progresses, Pepperdine’s property in Calabasas is being used to serve a variety of purposes and will someday hold classrooms.

The building, located on the corner of Lost Hills Road and Agoura Road, currently serves as a surge space for library books during the Payson Library renovation, an office space for Integrated Marketing Communications and other administrative departments, and storage, Vice President for Administration Phil Phillips said.

Seaver Dean Michael Feltner said part of the motive for securing the property in Calabasas was to facilitate construction and expansion in Malibu. IMC, Finance and other departments were moved out of the Thornton Administrative Center to make room for the Library Hub and classroom space while Payson and the Pendleton Learning Center are under construction.

“We know with increased enrollment, we’re going to have to have the need for additional classrooms and spaces here in Malibu, and by relocating some university functions to Calabasas, that’s freed up space for other things to backfill into spaces here,” Feltner said.

Phillips said the first floor will eventually house classrooms for the Graduate School of Education and Psychology and the Graziadio School of Business and Management. Seaver College may also hold some interest in having classrooms at the facility, Phillips said.

“Right now those two schools have expressed pretty solid interest,” Phillips said about the graduate schools. “They know they want some classes there, but Seaver College I think is also considering whether and how they might be able to use Calabasas. So it’s possible. The decision hasn’t been made yet, but it’s being considered.”

Feltner said that no definitive decisions have been made.

Associate Vice President for Administration Nicolle Taylor said classrooms currently located at the Westlake facility will be moved to Calabasas when the Westlake lease terminates in May 2018.

Senior Brianna Lamhofer said she had heard of the library stacks being stored in the Calabasas facility, but did not know it would eventually include classrooms.

Lamhofer said having Seaver classrooms in Calabasas would likely be less convenient for undergraduate students, many of which whom do not have their own means of transportation.

Phillips said the idea is that the administrative offices will remain in Calabasas long term, though this does not mean they will never come back to Malibu. Taylor added that some administrative functions may be returned to the TAC if space allows in order to keep academic spaces together.

Taylor said moving some administrative offices to the Calabasas campus has also helped remediate the loss of about 30 parking spaces being used for construction staging.

“When you set that against the spaces that we gained by moving about 100 cars off of the Malibu campus in this area, from our administrative building, you actually ended up with a better parking situation during construction than you otherwise would have even if you didn’t have to take those out,” Taylor said.

International Studies and Languages classrooms will eventually be moved from the Seaver Academic Complex to the PLC, Phillips said.

Phillips described the planning process as “complex” and “interdependent.” Instead of hiring an outside consultant to plan the projects, Pepperdine is handling the planning in an in-house operation that has spanned “many months.” Throughout the project, Design and Construction has obtained different perspectives from across disciplines to determine the “best plan,” Phillips said.

He said that the plan resembles a “domino” effect, in which each phase must be completed for the space to be utilized for the next.

The first phase, moving operational departments from the TAC to the second floor of the Calabasas facility, has already been completed. Subsequent phases, including bathroom and lobby refurbishment and the creation of classrooms and faculty offices, are still being worked through, Phillips said. There is currently no definite timeline, but Taylor said construction of the classrooms cannot begin until Payson is complete.

In the meantime, Phillips said they are also working with Dean of Libraries Mark Roosa and SGA to consider the possibility of opening a portion of the first floor as study space for students during construction in Payson.

Phillips said that institutions normally rent mobile buildings or trailers for storage when doing a renovation on the scale of Payson. This is costly, however, and leaves “no residual value,” he said. Leasing the property in Calabasas long term is a “true investment” that may be able to serve other needs for warehouse space as well.

The warehouse will continue to hold more than half of the library’s books after the renovations at Payson are complete, Phillips said.

The facility is also housing a microscope gifted to Pepperdine by California Lutheran University. The equipment, which is worth over $100,000, will be put into a “non-vibrating, acoustically accurate space,” Taylor said.

“We would not have been able to do that if we didn’t have Calabasas,” Phillips said. 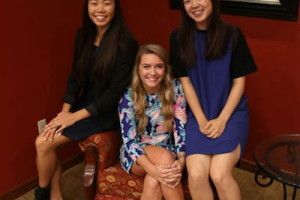