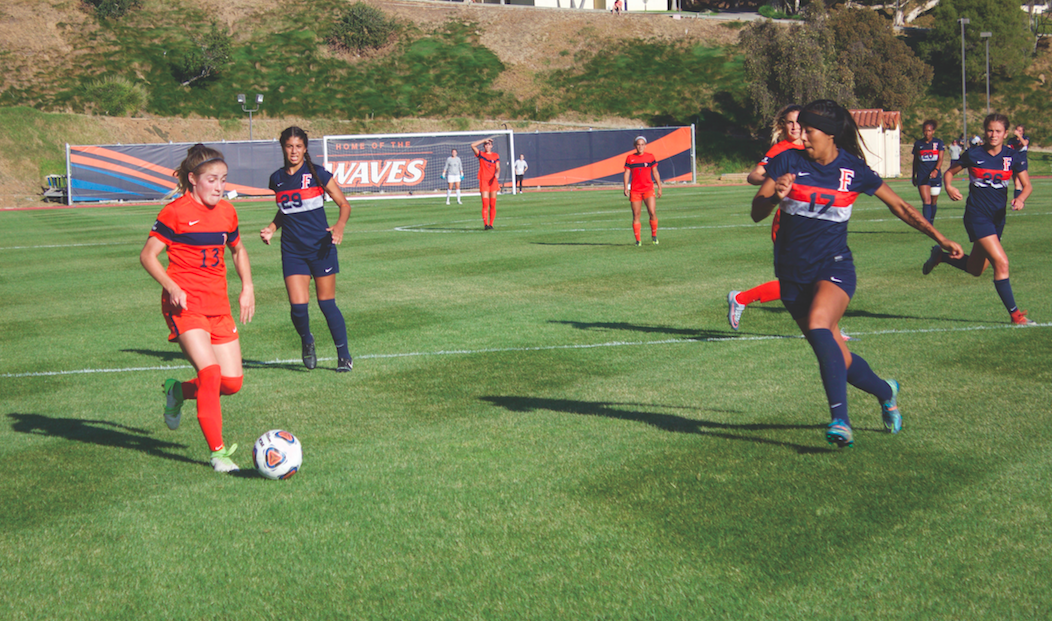 Visalli considered playing abroad after some of her previous coaches advised her that playing in the states was a risk. However, because of her strength and conditioning coach Matt Young, who gave her some simple words of encouragement, she stuck with her dreams of going professional in the United States and ended up getting drafted by the Chicago Red Stars of the National Women’s Soccer League.

“The entire drafting process has been pretty surreal,” Visalli said. “I am really in shock. It’s a culmination of all my hard work and everything I’ve dreamed of. I don’t know how to describe it. It’s honestly a dream come true.”

Despite being drafted, playing professional level soccer wasn’t in Brianna’s plan until later in her college years, when she found out her fellow teammates were aiming to go pro.

After 18 years of soccer experience, Visalli became the first player in Pepperdine history to be named the West Coast Conference Player of the Year. She started in 81 out of 84 games during her four-year college career, making an appearance in all but one, totaling 25 goals throughout her time in the Women’s soccer program.

“Pepperdine absolutely helped prepare me for my professional career,” Visalli said. “I wouldn’t be here today if it weren’t for some of my teammates and coaches. They really pushed me,” Visalli said. “I started playing because my step dad was coaching in the church league and it was the cheapest form of daycare they could afford. I did not like soccer for the first two years I played so that was interesting. I started playing when I was four years old in a rec league where all of the church families go to play.”

While training to play soccer isn’t a typical 9-to-5 job, Visalli still goes out and clocks in everyday to make sure she is in top condition.

“Nowadays, I wake up around 6:50,” Visalli said. “Then I’ll run, do weights and technical training, and then work with a speed and agility coach. Each of these sessions would be around 2 hours a piece. The rest of my day [is] spent eating and trying to recover with foam rolling, stretching and all that good stuff that goes into maintaining your body and your health while trying to squeeze in time with my family. It’s pretty crazy, but it’s really worth it, especially when I enjoy it,”

Even with numerous titles and accomplishments, Visalli already has new goals pertaining to her professional career.

“My first goal in my professional career is to get a contract, because I’m technically not signed yet,” Visalli said. “My second goal is to become a starter. Then my third goal is to eventually be on the national team and have my own endorsements to really make a career out of it while I can.”

While she has huge goals for herself, Visalli recognizes the challenges of being a women’s soccer player. However, she hopes to turn the challenges into new opportunities.

“Unfortunately, for women’s soccer, it’s not really a high paid sport so getting those endorsements is really important,” Visalli remarked. “The first endorsement that comes to mind is Nike, so I guess you could say that that’s a dream endorsement.”

Although her college career has come to a close, a new chapter with her professional career and the numerous opportunities that come with it has opened up.

“Being drafted is definitely the highlight of my soccer career,” Visalli said. “It’s like a graduation ceremony. It’s like a diploma: Here it is, you did it.”