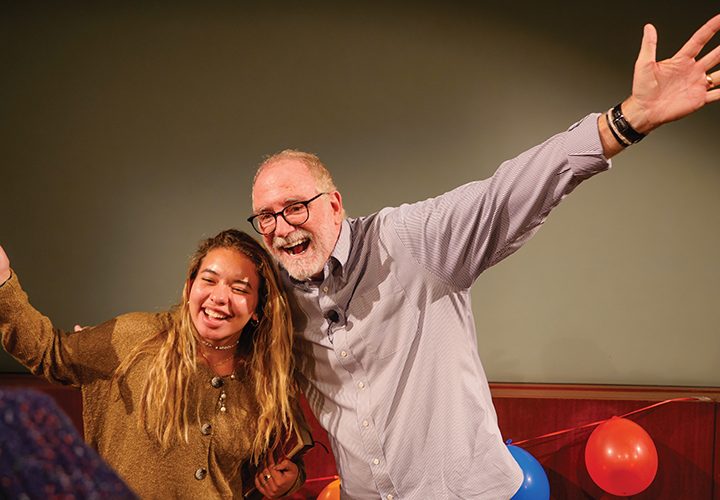 From helping build schools for girls in Afghanistan to arranging a parade for his neighborhood mail carrier, Bob Goff spoke of lessons derived from his many unconventional life experiences with the bottom line: “Just love people!”

Goff’s points about loving others tied back to being authentic with oneself and others.

“We’re defined by the way that we love people and you’ll be remembered by the way you love,” Goff said. “Jesus doesn’t need your help. What He wants is your hearts. The authentic ones. Not the ones you’re showing to everybody. It takes a little bit of courage to get there.”

Bob Goff practiced law for 25 years before giving up his law firm to pursue writing and speaking full time. Goff currently serves as the honorary consul for the Republic of Uganda to the United States and is an adjunct professor at Pepperdine School of Law. He has done work for children in conflict areas such as Uganda, Somalia and Iraq through his nonprofit Love Does and is the author of “Everybody, Always” and “Love Does.”

Pepperdine hosted Goff at a convocation event at Elkins Auditorium Oct. 17, where he said if people want to love Jesus more, they need to start by loving each other more.

Whether it was the colorful trail of balloons or Bob Goff’s joy, energy, humor and commitment to loving people no matter what that drew students and faculty alike to the event, the simpleness of the message resonated with the audience.

“His message was so relevant and so genuine,” freshman Alison Kiasaleh said. “He doesn’t make it complicated. It’s all about love, and he shows that through his actions and his experience. He talks a lot about how he lives his life and that’s very applicable to us as Christians.” 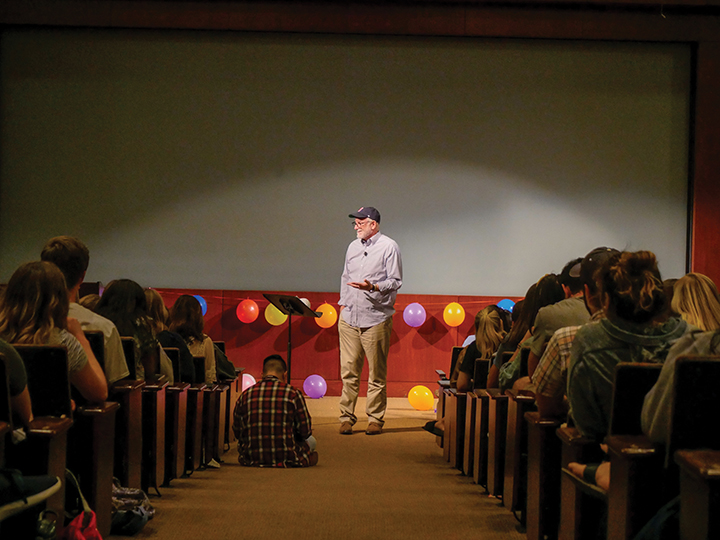 The East Africa Connection Club was instrumental in getting Bob Goff to come speak at Pepperdine.

President and founder Amelia Hemsley said Goff’s work inspired her to pursue humanitarian work of her own.

“After reading his book, I went to Uganda and started this club,” Hemsley said. “It broke down all these walls I didn’t know I had.”

Goff’s message is broken down into three main parts: “Love people without an agenda,” “Know what you are and what you want,” and “Use what you’ve got.”

Students said his message resonated with them, as it was simple but profound.

“He’s the best type of person for college kids to listen to because we’re at the age everyone’s telling us to figure everything out,” sophomore Chris Jerabek said. “He finds a way to calm us down. He legitimately wants us to figure it out instead of wanting that end goal of success.”

1. Love People Without an Agenda

Goff said one of his favorite verses is Matthew 25:35-40, which deals with God providing Matthew with food, drink, clothes, care and welcoming. 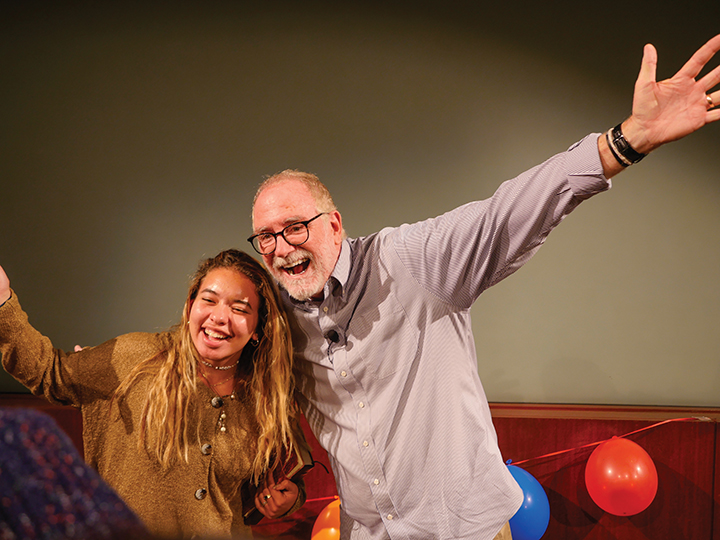 Goff provided an anecdote about his lousy mail carrier who planned to retire after 20 years. Goff said even though he was a bad mail carrier, Goff always made it a point to celebrate the people around him, even if they are on the outskirts of society.

“We got a convertible and put 1,000 letters in the back,” Goff said. “800 people that had bad mail service for 20 years showed up to say, ‘Sure you’re a lousy mailman, but you’re a great guy.’ He was so moved by this compassion that he called and told me he’s coming out of retirement.”

It is this belief that pushed Goff to put his cell phone number in his book, even though he said there is someone who calls him just to cuss him out.

“We’ve never gotten to what he’s mad about,” Goff said. “But I’ll tell him, ‘I will always take your call. I want to be the one safe place for you.”

2. Know What You Are and What You Want

Goff mentioned what Mary said to people before and after Jesus’ 37 miracles.

He related this idea to something Al Andrews, a counselor who leads Porter’s Call, an organization that supports artists, told him.

“A porter is someone that goes down and greets people at the gate and asks, ‘How can I help you on your way?'” Goff said. “Something beautiful happens when we stop trying to manipulate people.” 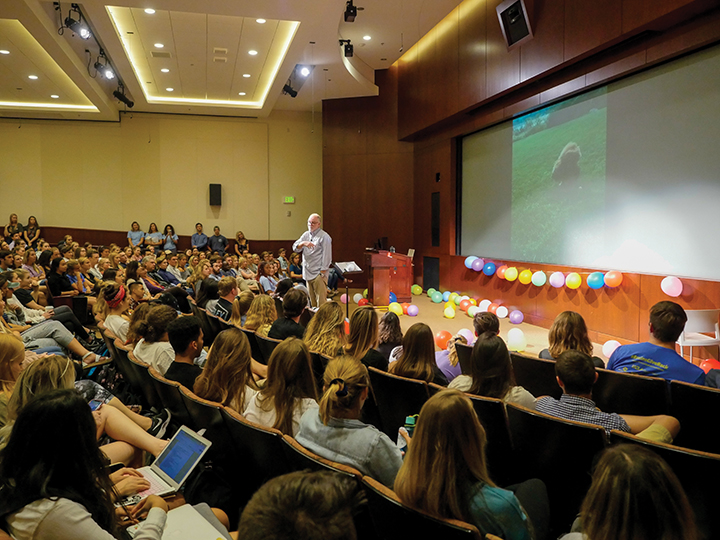 Goff said he wanted to live like Jesus and since has dedicated his life to being there for people, whether that be through his nonprofit work, writing or career as a lawyer. The most important thing Goff said as he connected this to Ephesians 4 which talks about living to God’s glory, is realizing that our roles in other people’s lives is to not tell them what they want.

Goff said the ultimate goal is to strive to live like Jesus and in that sense be a porter, Goff said, as he related this idea to his marriage.

Goff met a boy during his work in Uganda named Ivan whose parents were killed by the Lord’s Resistance Army, a rebel group and heterodox Christian group which operates in northern Uganda, South Sudan, the Central African Republic and the Democratic Republic of the Congo. Goff said Ivan figured out he wanted to be an artist but did not possess a paintbrush or canvas.

“All he had was a box of books, a spear and bed sheet,” Goff said. “He used what he already had to get what he wanted. It’s easy to think ‘I’ll do this as soon as I get out of school, or get out of debt.’ But you have to figure out what you want and do what it takes using what you’ve got.” 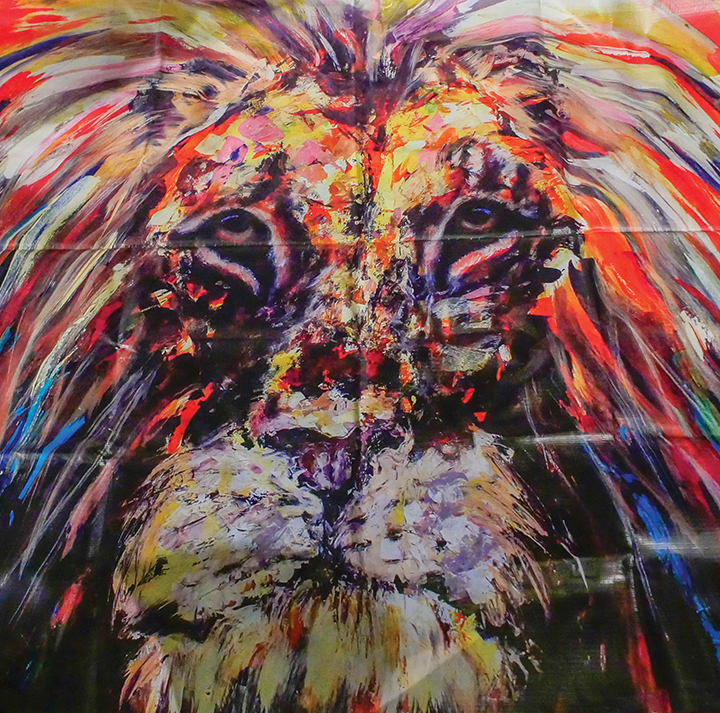 In the end, Goff acknowledged that people fail all the time, which is something he reiterates in his Wednesday evening law class. However, people are neither their successes nor their big screw-ups but who God is turning them into, according to Goff.

“God is wowed by men and women that are willing to take courageous steps,” Goff said. “Do you ever see someone taking a photograph and they’re smiling? That’s what God feels like. You’re His beloved. Just be His.” 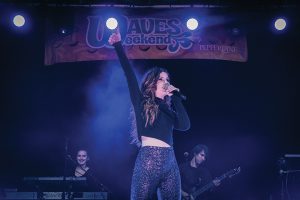 Photos by Gabrielle NorteVan Alden and Echosmith lit up Alumni Park, where alumni, students and their families gathered for the ninth...
Copyright 2018 Pepperdine Graphic
Back to top