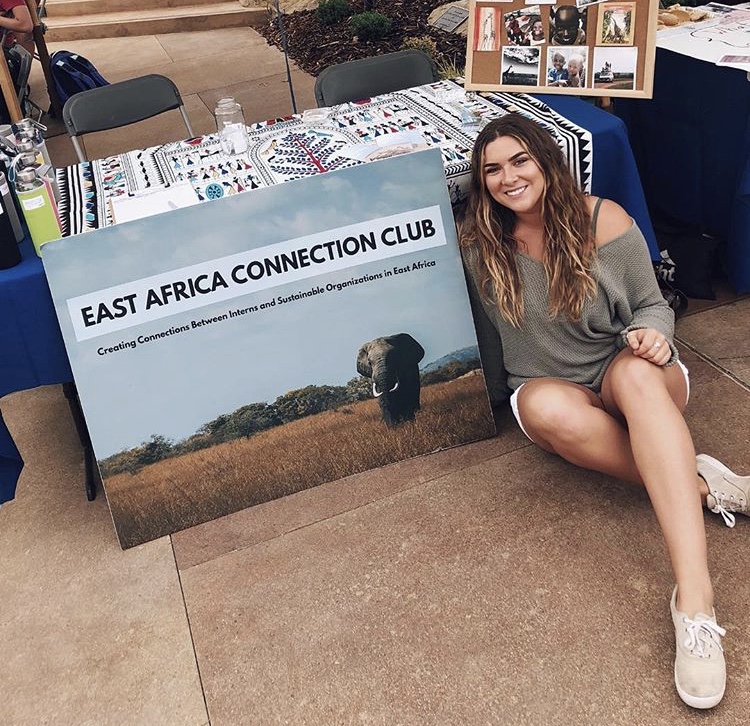 East Africa Connection Club is kicking off the school year with over 75 new members and a number of promotional events, Amelia Hemsley, EACC founder and president, said.

“Only a little over a year ago, I was in Uganda with just this pea-sized idea of what EACC could be, and it has really grown beyond my wildest dreams,” Hemsley said. “I am really humbled and excited to be a part of it.”

“EACC has taken measures to find sustainable organizations that pass strict tests to reveal they are truly of the best interest for the children and the people,” Hardy said. “All of our partners are holistic organizations.”

Hemsley said these tests are based off of the five pillars of credibility, according to a study by Julius Omana, which include accountability, transparency, legitimacy, networking and effectiveness.

“Those are the criteria with which we evaluate our partner organizations,” Hemsley said.

The focus of the partner organizations range from women’s empowerment to tourism. Hemsley said she and the executive team take into account student interests and experiences to determine which of its partners a student will is paired with.

“By channeling these amazing students who want to go to Uganda to the right organizations that are truly making great strides, we can make big change,” Hemsley said.

One of these students is sophomore Jacob Walker, who spent six months interning with one of EACC’s partner organizations, Amazima Ministries, specifically the Amazima School.

“It’s committed to looking at education but even looking at beyond that, at what is a sustainable and ethical and effective way of doing Christian development,” Walker said. “It was an awesome opportunity that was provided to me through EACC.”

While EACC is thriving on campus now, Hemsley said it was no easy accomplishment.

During those four weeks, Hemsley said she observed many nonprofit organizations inadvertently hurting the local communities they were striving to help.

“A lot of these organizations misdiagnose the problem,” Hemsley said. “They try to see the root cause, but they miss the target, and then they start trying to fix the little offshoots of what was really a misdiagnosed problem.”

“One in particular is a baby home in Jinja, “Hemsley said. “They go into villages, scout out the most vulnerable children from the most vulnerable families and take them back to this very lush private facility in town. After three to six months, they try to reintegrate these children into the villages, and a lot of times, the village then completely rejects the child because it doesn’t have any of the skills necessary to survive.”

Hemsley said she knew she could not stand idly by.

“I saw these volunteers with huge hearts serving organizations in Uganda that were not up to par, and I wanted to change that,” Hemsley said. “I felt like God was calling on me to change that.”

So when the summer program came to an end, Hemsley said she extended her stay three weeks and began to lay the groundwork for EACC.

With an influx of new members, Hemsley said she is eager for what this semester has in store.

“We have already had a number of membership meetings and events,” Hemsley said. “The biggest event will take place on Oct. 17 when Bob Goff comes to speak.”

Goff is honorary consul to the Republic of Uganda and an adjunct professor at Pepperdine School of Law. All the proceeds from his New York Times Best Seller Love Does, go toward his nonprofit organization in Uganda.

The event starts at 6 p.m. in Elkins Auditorium.

“I always find when I’m at wit’s end and nothing seems to be working out, God opens up this crazy door and is like, ‘Why’d you ever worry?’ and I see the path He is laying out for me clearly again,” Hemsley said. “That’s what happened with Bob. I had been trying for six months to get him to come speak and one day it just happened. You can’t contribute that to luck or persistence … that’s God.”